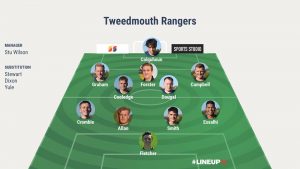 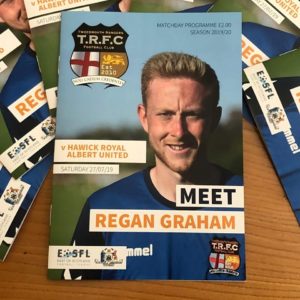 The new East of Scotland season kicked off in lively fashion at Old Shielfield. There were seven goals, numerous other chances which went begging and a dramatic finale as Tweedmouth beat the new Teries’ combination of Hawick United and the established EoSL club Hawick Royal Albert.

Tweedmouth’s first goal came after 34 minutes. The HRAU defence was caught off guard as Jack Foster lobbed the ball on to Craig Colquhoun whose copycat action beat goalie Dean Fry. The hosts next saw a shot cleared off the line. Fry made a fine one handed save from Colquhoun but was beaten by Ross Allan’s header when the corner kick came over.

Rangers moved into a two goal lead of their own scoring twice inside a minute as their early second half pressure paid off. Hawick often looked vulnerable to long through balls and so it was the case when Colquhoun collected Foster’s. Fry stopped the shot with one hand but the ball fell to the supporting Lennon Stewart who nodded it into a now empty net. The goal was similarly vacant after Colquhoun outpaced the cover and drew the keeper to make it 4-2 to the Berwick side.

Yet, Tweedmouth might have been left to regret two further missed chances especially when Aaron Swailes hit the goal of the game, a 30 yards half volley which evaded the packed home defence.

Colquhoun was denied a hat trick by the bar. At the other end, Lavery’s hitting the side netting was poor reward for another Hawick attack as they raced against the clock.

Stoppage time incidents led to referee Iain Gallagher brandishing three red cards. Fletcher came out to challenge for a ball intended for Lavery and, in sending the Hawick man to the ground, was sent off for dangerous play. Before the resulting spot kick could be taken a melee broke out with main protagonists Kurt Yule ( Tweedmouth ) and Albert’s Ross Scott also dismissed. Allan took over in goal as Lavery took the last kick of the game, the penalty, but hit Allan’s left post to wild celebrations from the home players still left on the field. 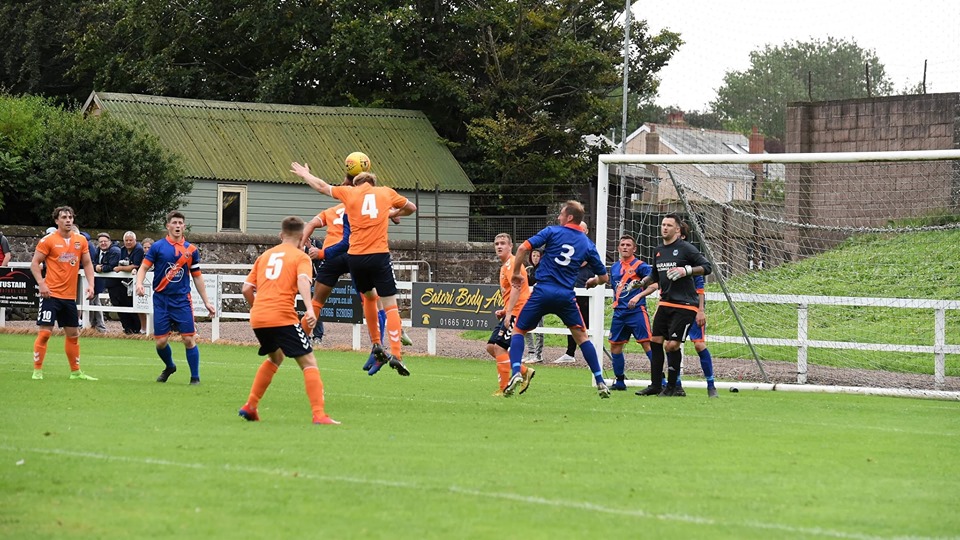 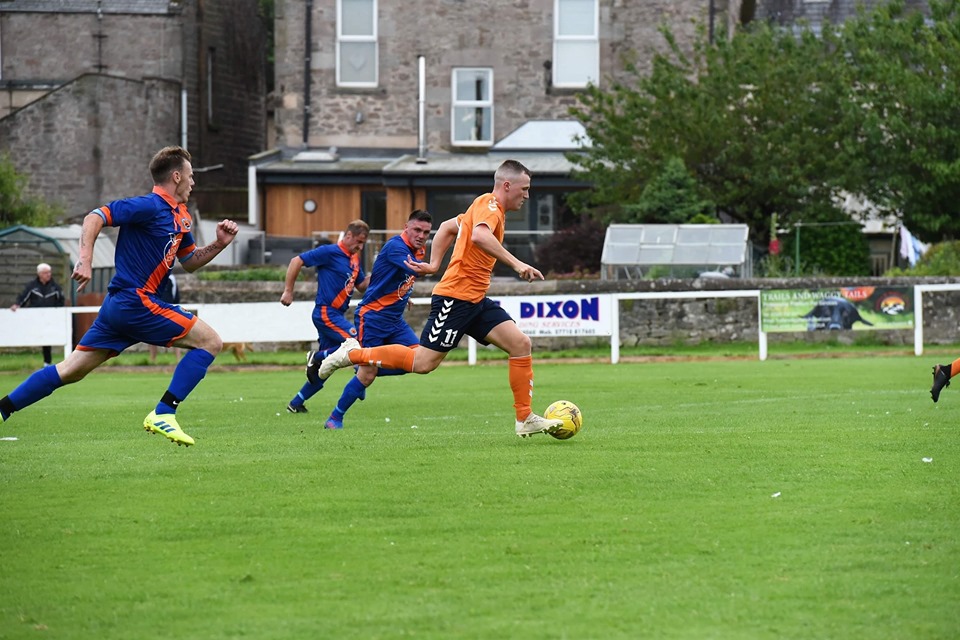 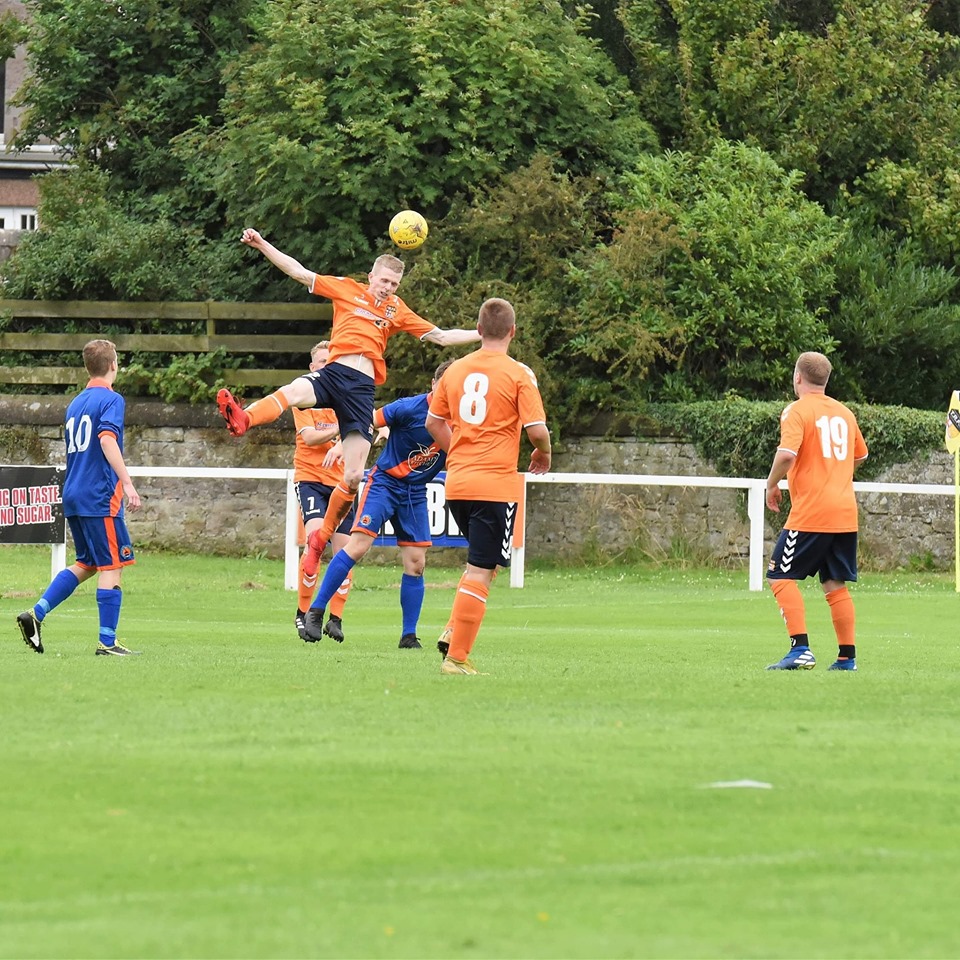 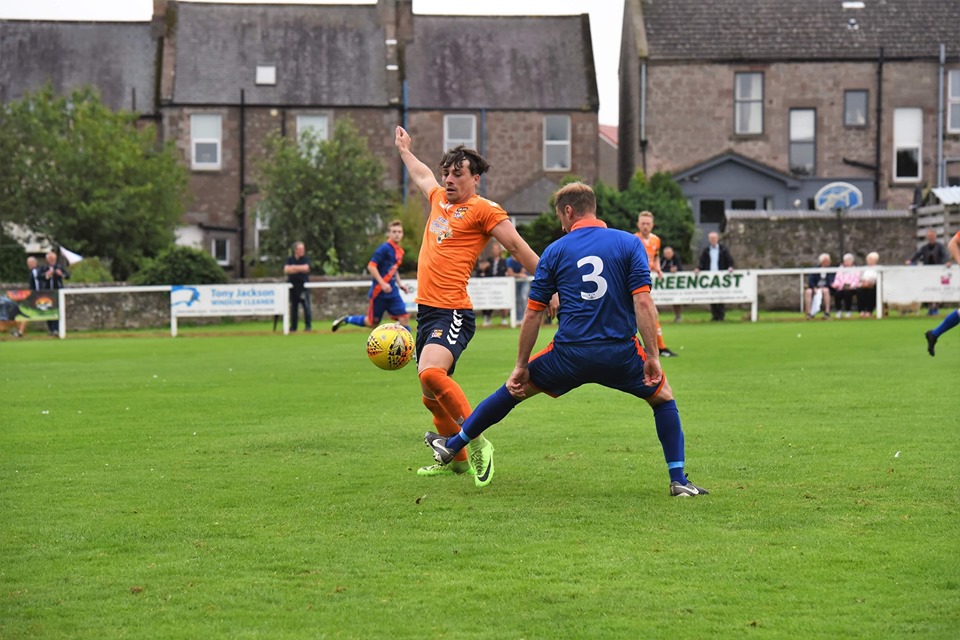 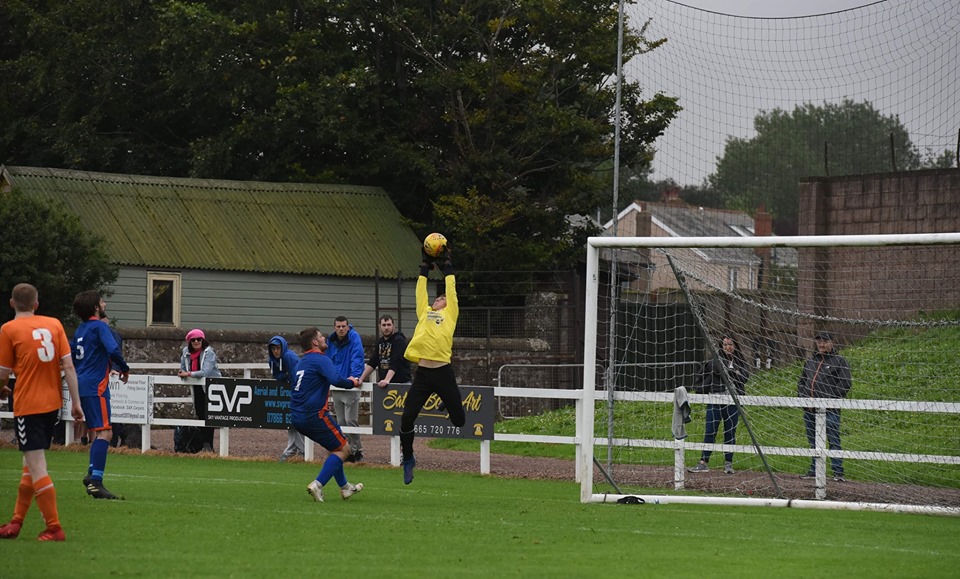 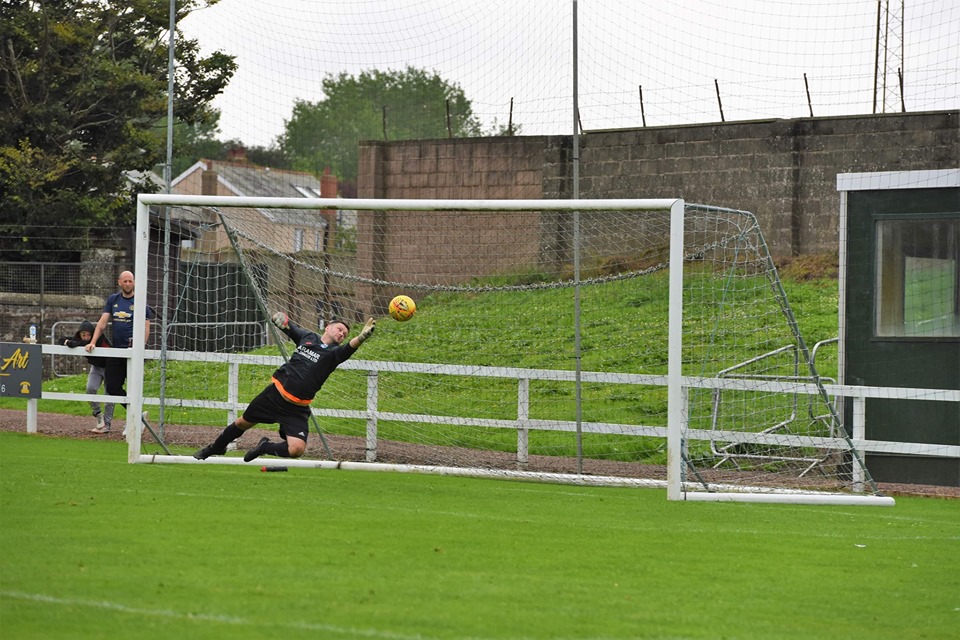