This win took Tweedmouth ahead of Craigroyston on points in the East of Scotland Conference ‘A’ table rather than just on goal difference.

At a sunny but breezy Old Shielfield, the Edinburgh team had a chance to take a first minute lead but home keeper Niall Frampton came out to commit Mark Hayford into shooting early and well wide of the post. At the other end, Jorge Torres made a good save from Regan Graham to prevent Tweedmouth going in front inside the opening five minutes.

On loan Archie Roue was highly influential in his best game yet in a Tweedmouth shirt and he set the ball rolling for the first score in the 17th minute with a pass to Yassine Essalhi. The referee played advantage as the Moroccan shrugged off a foul to enable Drew Cummings to finish from six yards to make up for a poor ending to a Roue, Graham, Essalhi move four minutes earlier. He went on to claim a hat trick.

Craigie’s second chance fell to Lee Buckle when the ball was deflected into his path but again Frampton came out to avert the danger.

Rangers’ lead was doubled almost on the half hour. A posse of players took the ball into the away penalty area before it struck a Craigroyston hand. Cummings confidently tucked away the spot kick into the bottom corner of the net.

Craigroyston had already allowed Jack Forster one long run up the right virtually unchallenged and paid the price for not stopping him the second time as he offloaded it with a low cross. Craig Bell was quick to the near post to knock it in to give the hosts a 3-0 start for the second period.

Rangers got the early goal for which they were looking after the restart. In fact, very early. Within sixty seconds, Bell picked up a bad pass to channel the ball to Craig Colquhoun— on for the injured Essalhi after 22 minutes— who comfortably beat Torres.

There followed a spell when the visitors had more of the play but posed little threat. Frampton was called upon to make his only real save of the afternoon from Chris Jack though the referee chose to ignore what appeared to be legitimate claims for a penalty when the ball struck Graham’s arm. Buckle tried his luck from outside the box but was off target.

Not so Jay Baverstock on 83 minutes. He beat Torres in a one on one after Roue and Forster put him clear. Torres, who had already made a one handed second half save from Graham now punched Roue’s free kick to safety but was merely a spectator as Rangers signed off three minutes from time. They appeared to be playing about with the ball after a short corner until Cummings released an unstoppable curving shot into the far top corner of the net.

A great result for Tweedmouth after fighting performances against more fancied opponents in Haddington and Armadale in their previous two games. 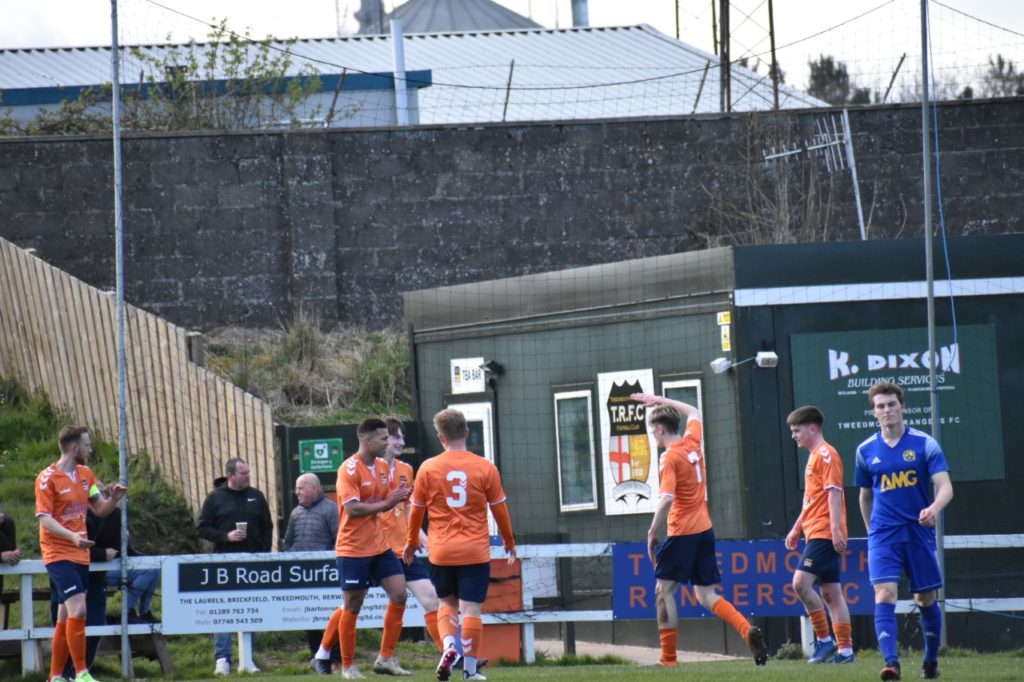 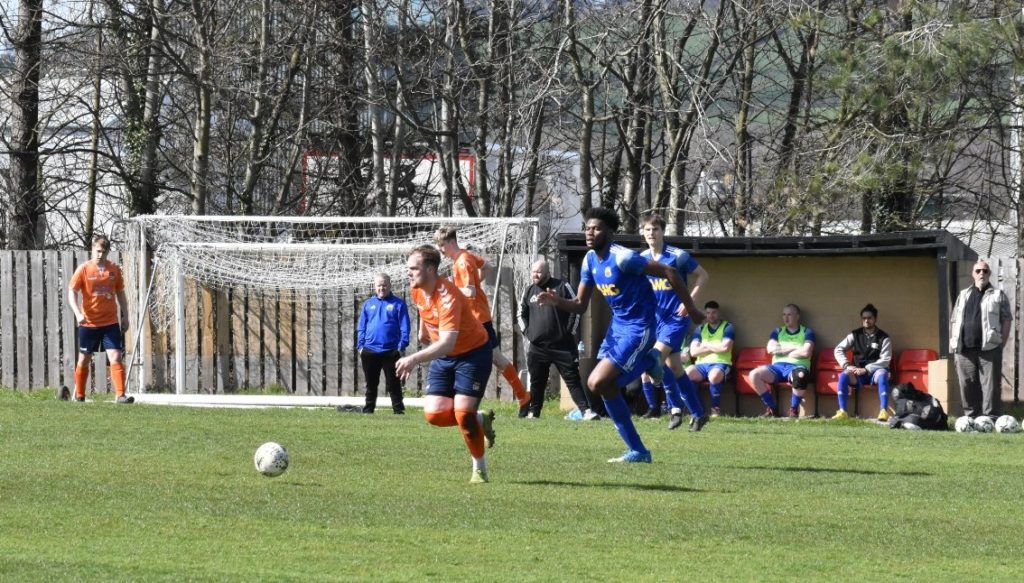 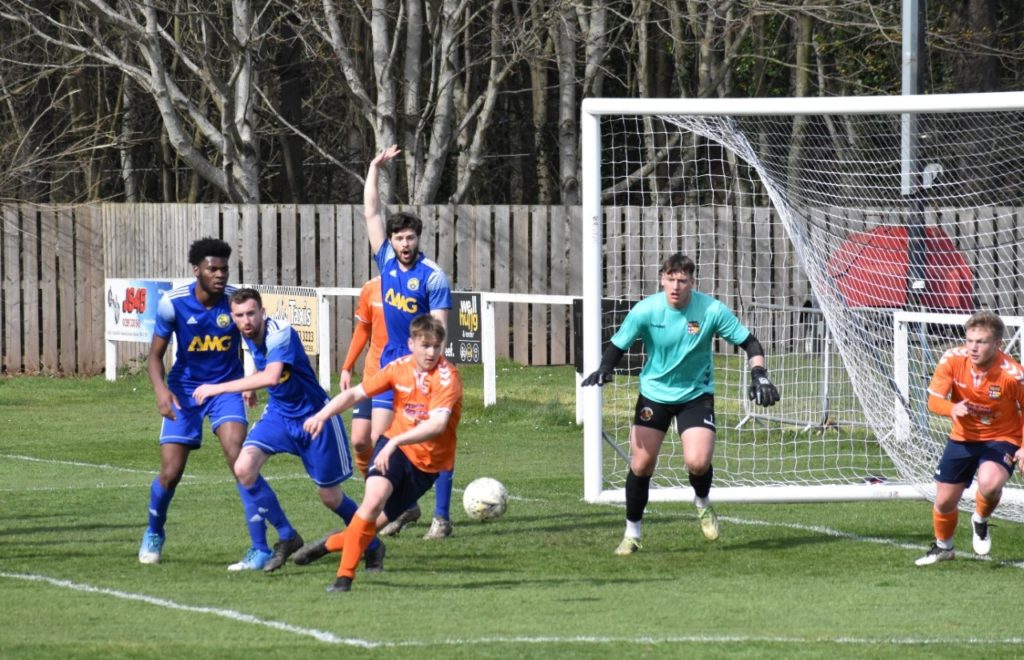 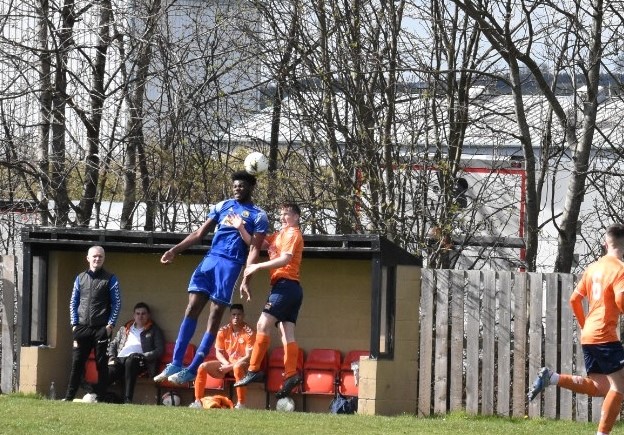 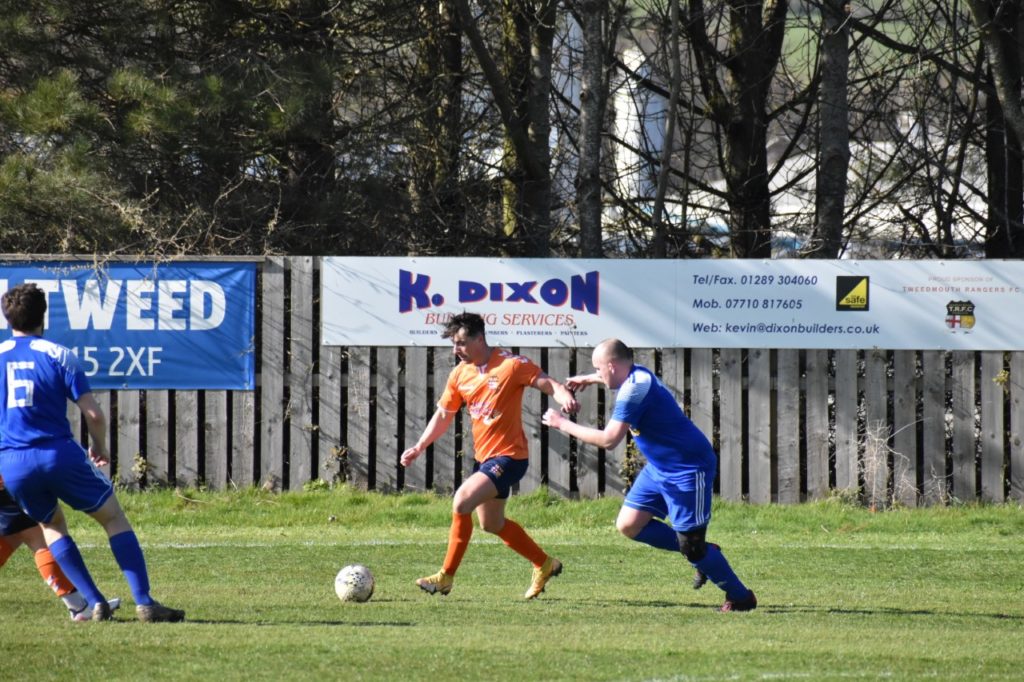 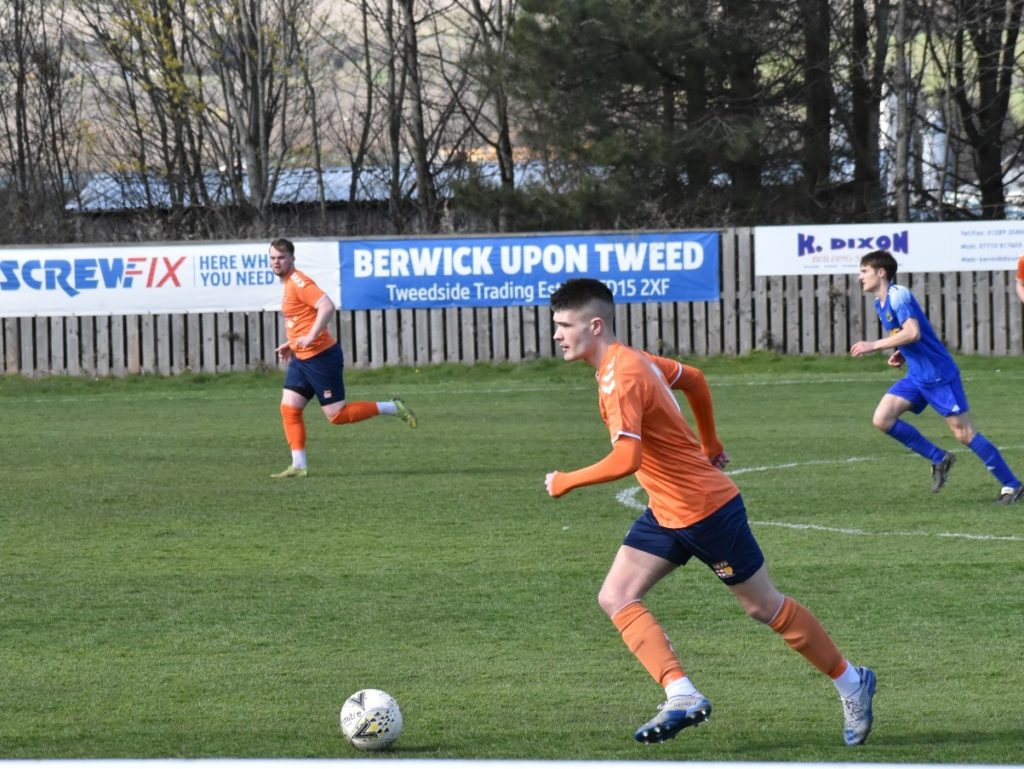 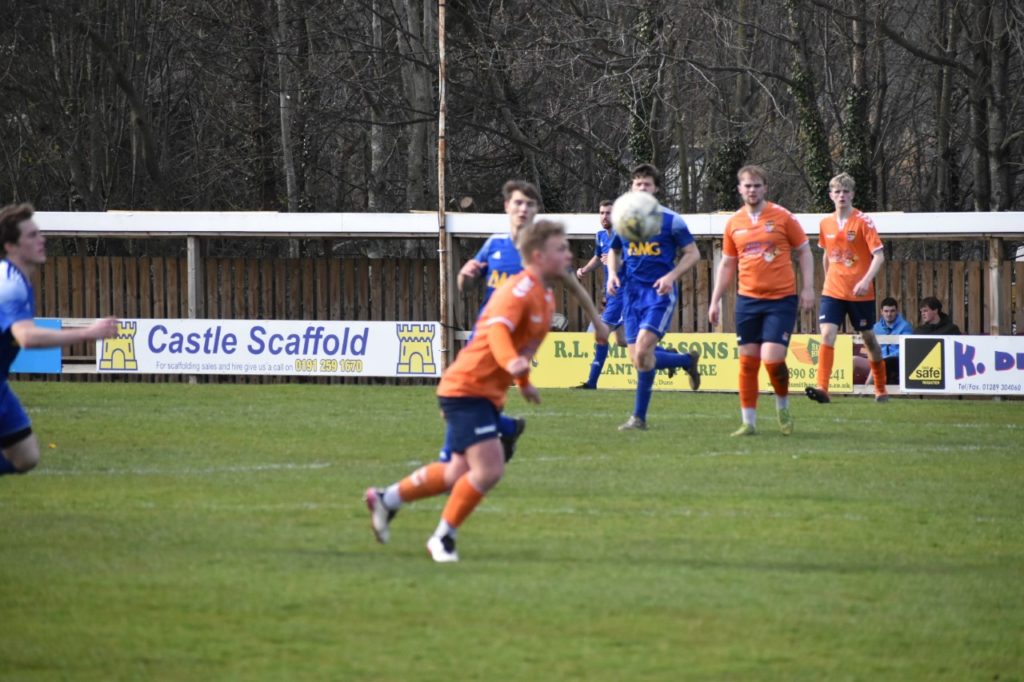 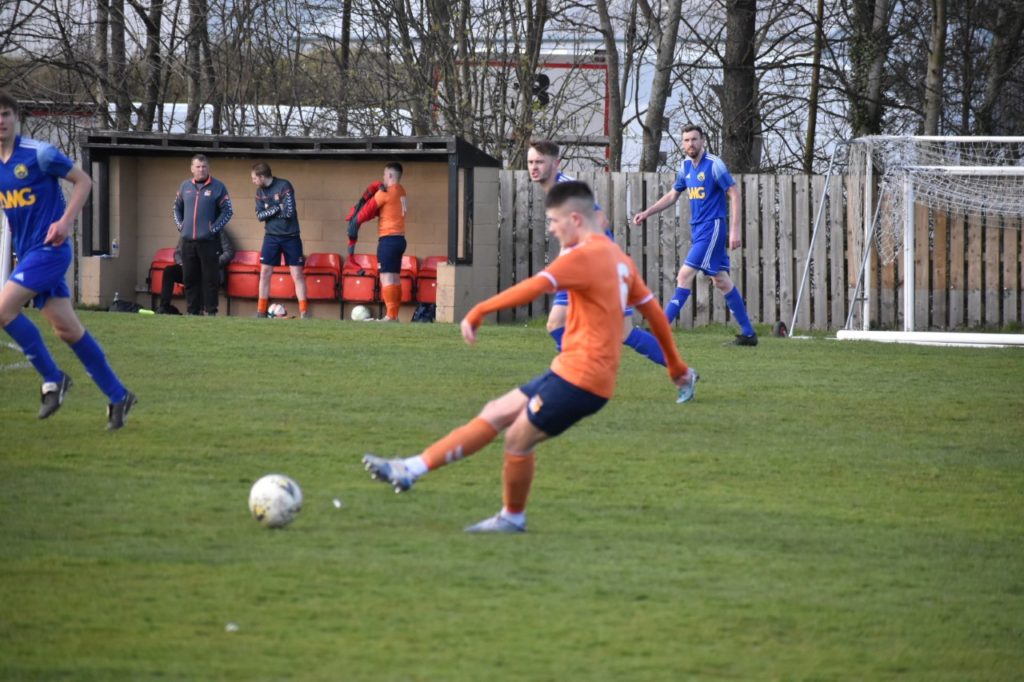 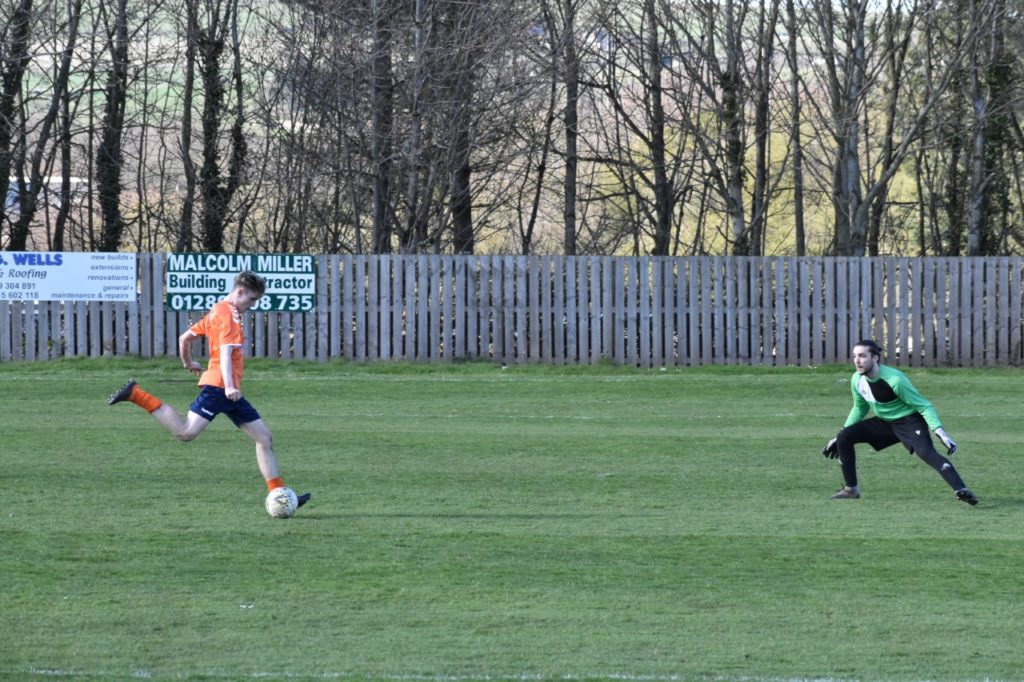