The eight goals scored in this match brought the tally to 25 in the four meetings of these teams this season.

Hibs got the first in this one just minutes after it kicked off. Home keeper Niall Frampton made contact with Stuart Drummond as he chased a long kick from his keeper Rhuariah Lynch and the referee pointed to the spot, Drummond himself successful with the kick.

It was also Frampton’s excellent save from Drummond which put an end to the tit for tat scoring sequence of the second half.

The first equaliser of the night came seven minutes after the penalty. Craig Bell’s shot came down off the bar back into open play from where Michael Robinson ensured that, this time, the ball definitely crossed the line.

It was still one-all at the interval though Rangers created numerous chances all of which, for one reason or another, went begging. Daniel McNab was Hibs’ main danger man with Frampton first stopping his powerful thirty yarder and then diving to deal with a twenty yard free kick from the number eleven.

Eight minutes into the new half, Lynch’s fist stopped Drew Cummings’ shot, on this occasion Bell the player following through to make it 2-1. Bell was then narrowly off target after teeing up the ball for a well struck volley.

Four goals between the 70th and 80th minutes were to follow beginning with Hibs’ Robbie Morrison’s strike hitting the post high up before finishing in the net. Four minutes on, Tweedmouth edged back in front through the best of the night’s eight, Cummings’ overhead kick putting away Craig Colquhoun’s perfect cross.

However, the hosts’ sticky period in defence continued and McNab’s volley made it three apiece.

With ten minutes remaining, Lynch saved a corner but the ball came handily to Robinson to drill it low into the net. Frampton’s save meant that this time there would be no reply from the battling Fifers. Jack Forster sent the ball rolling for the finale with Bell playing it on to Cummings to hit another good goal with literally the last kick of the night.

Even with the League Cup Final coming up, this wasn’t quite a dead rubber as Tweedmouth’s victory in this twice postponed fixture took them off the bottom of the table in their five team Qualifying section 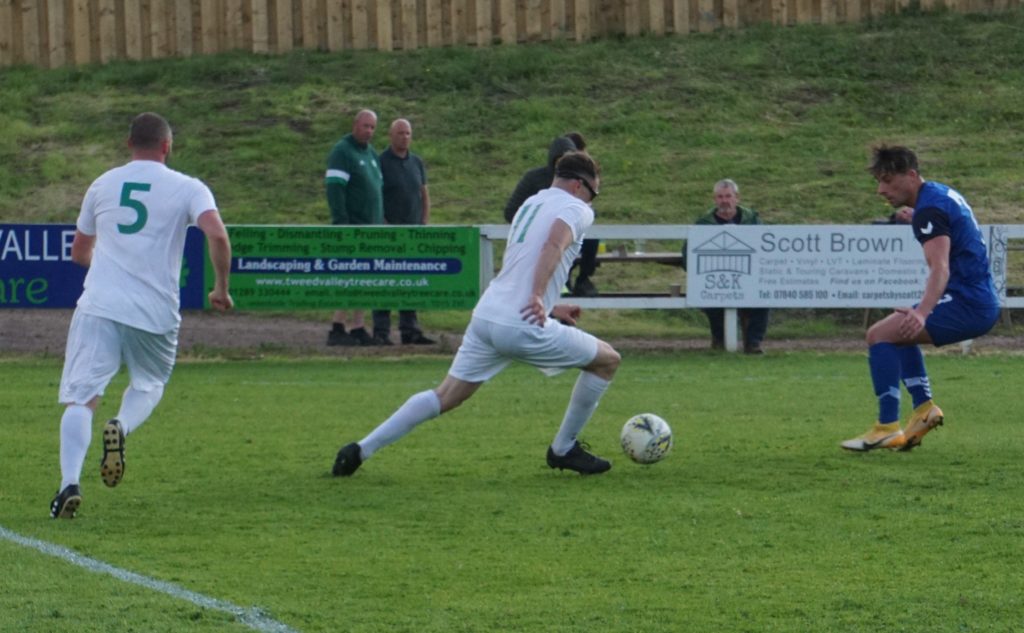 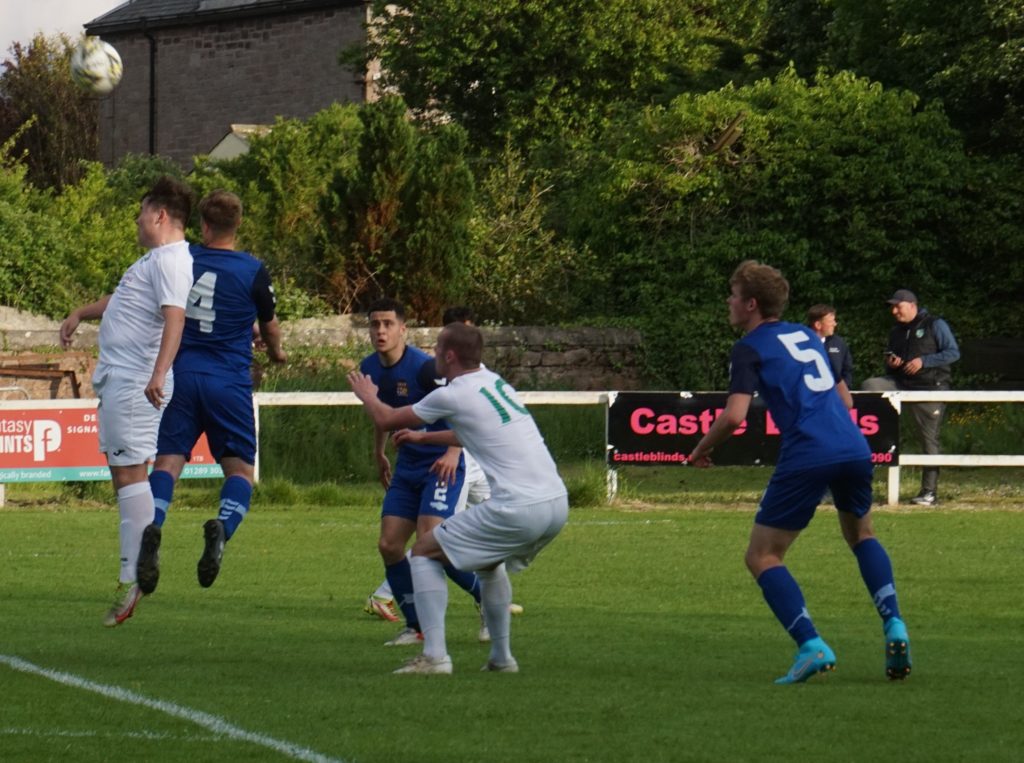 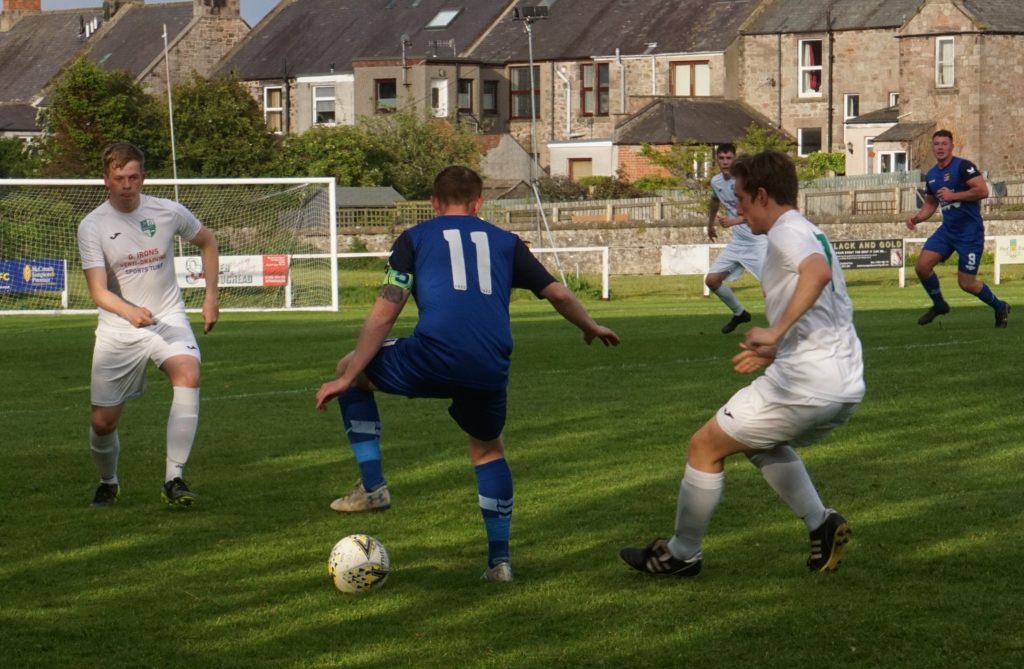 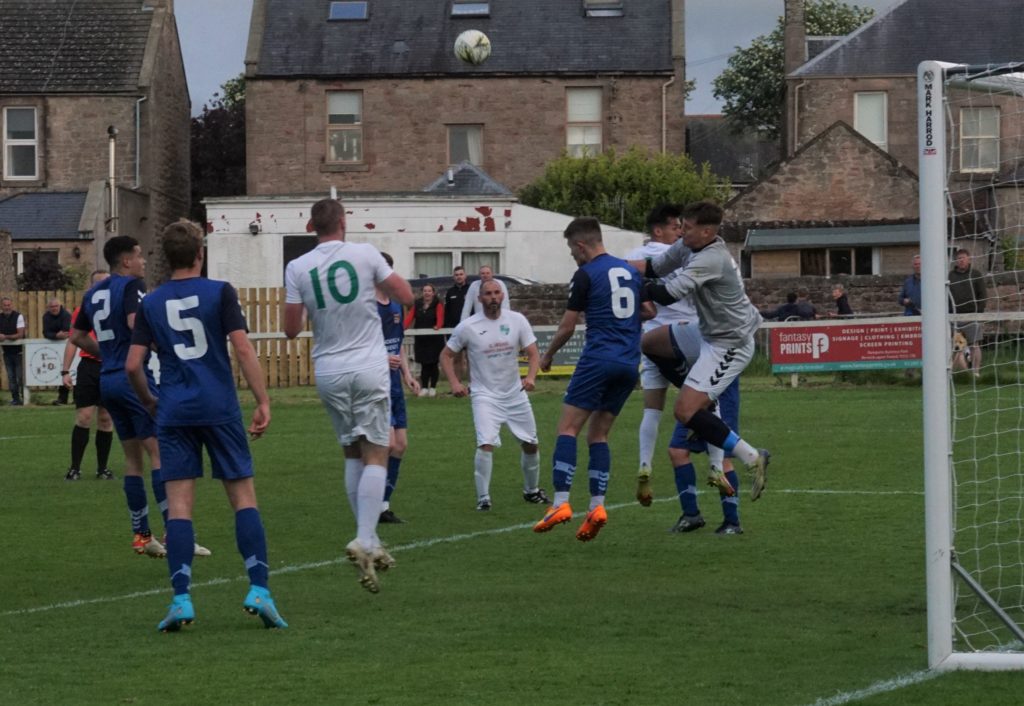 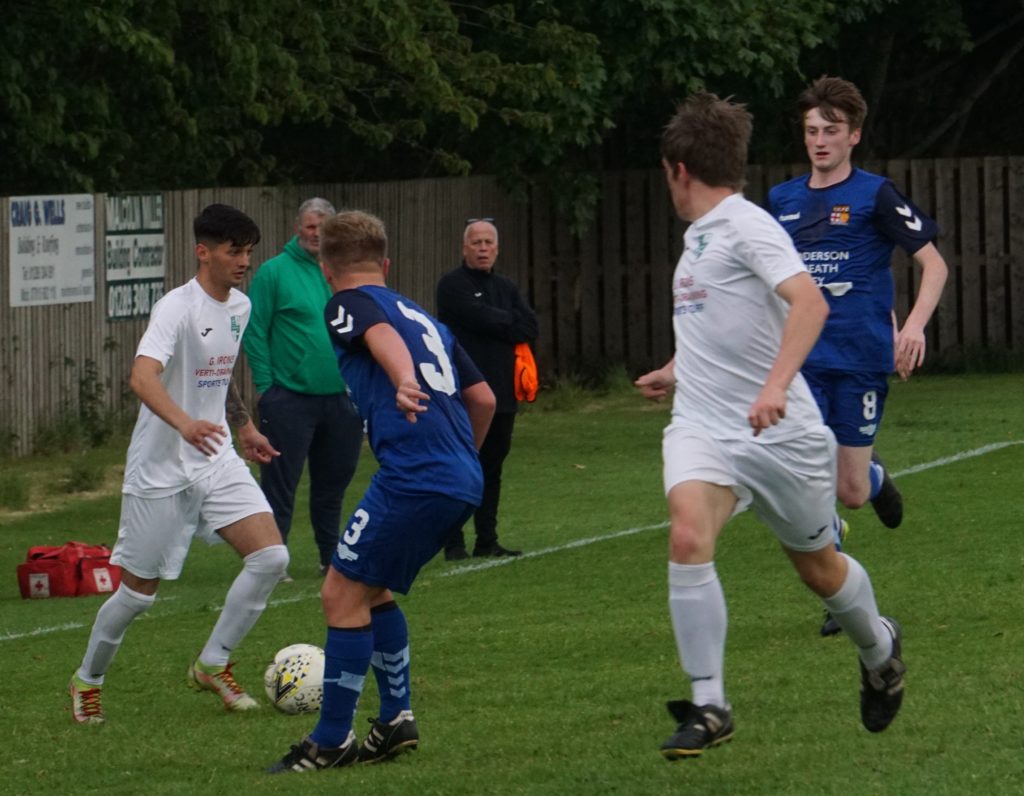 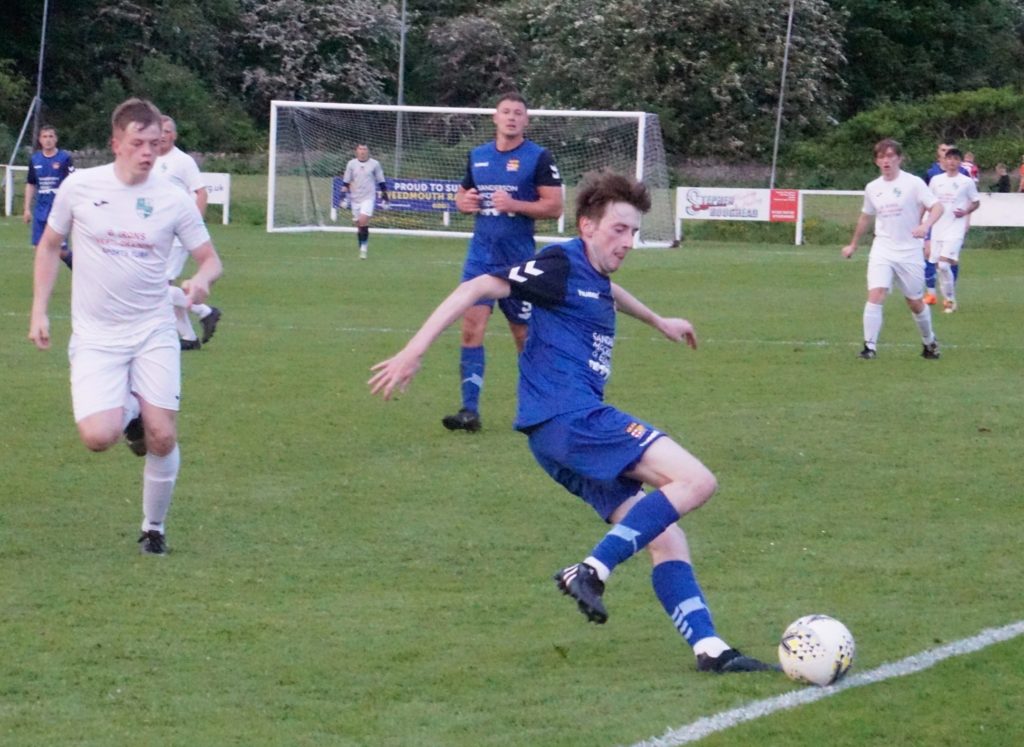 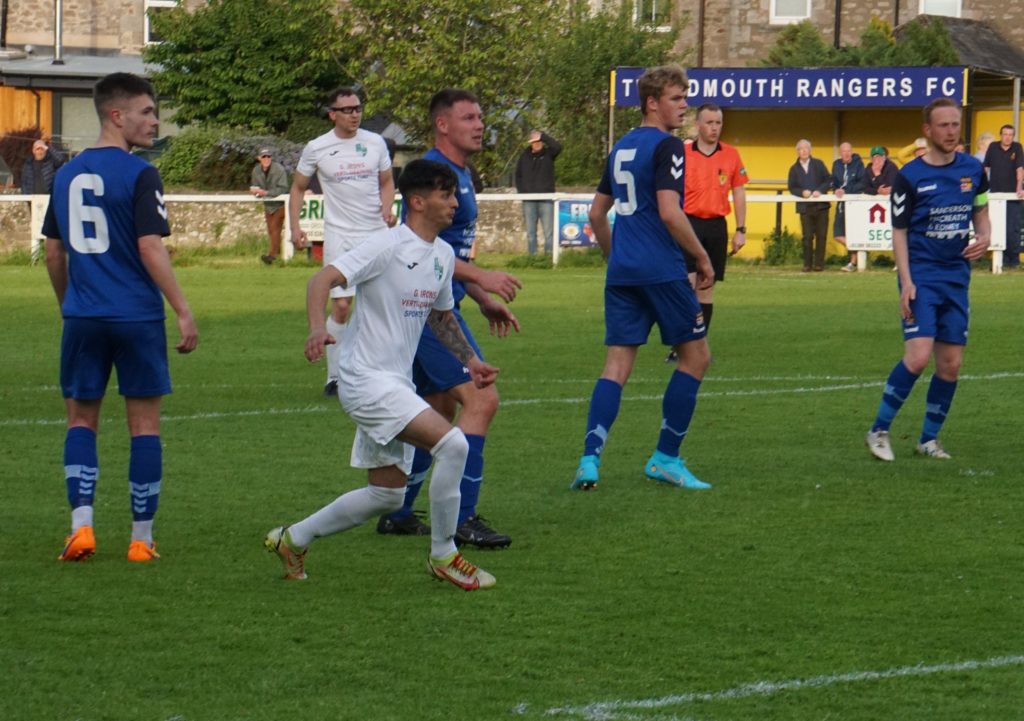 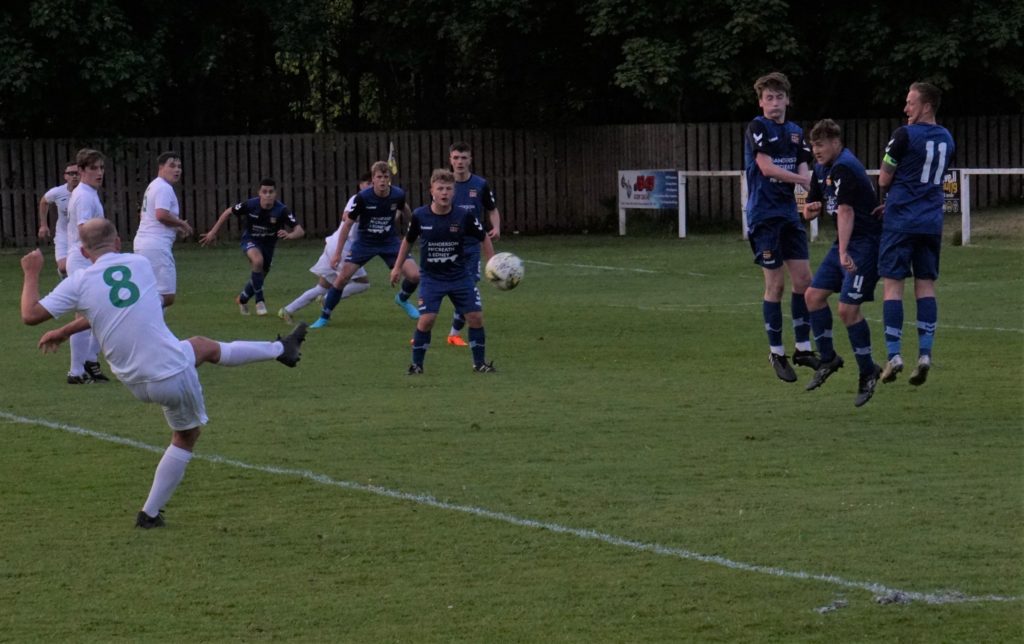 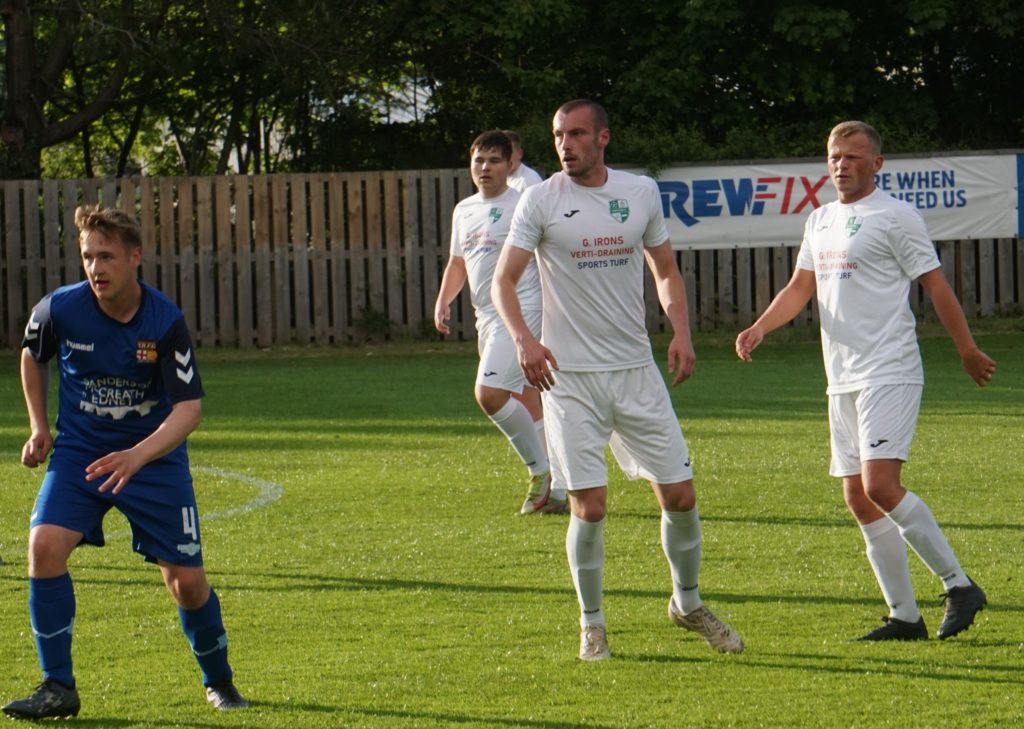