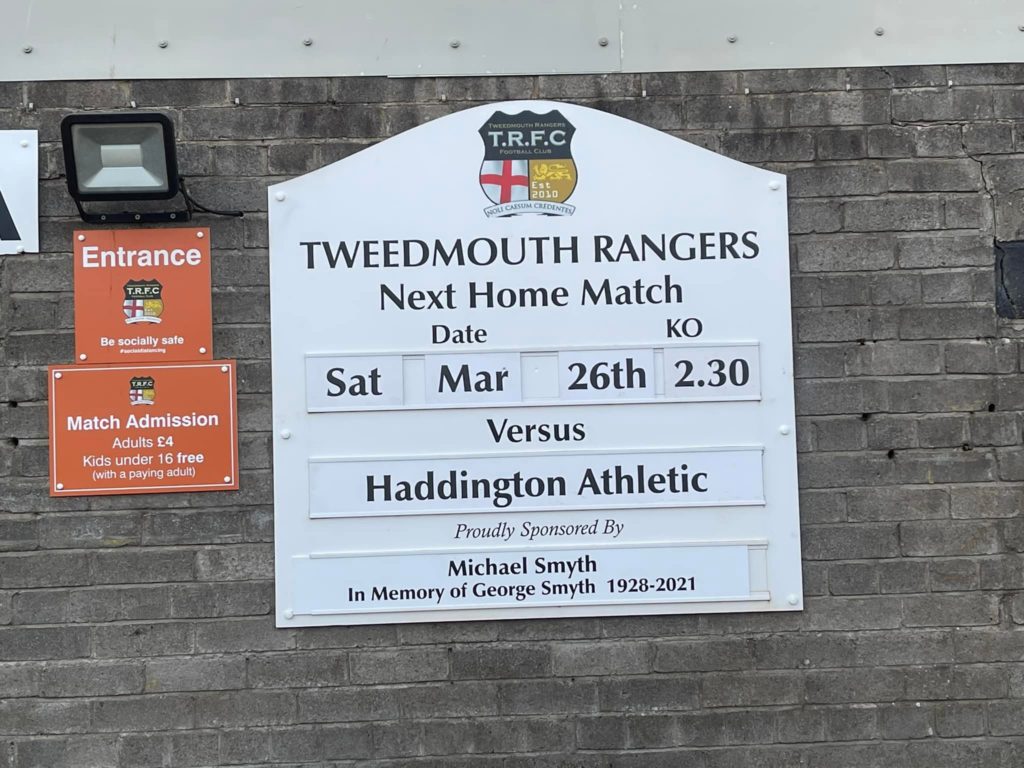 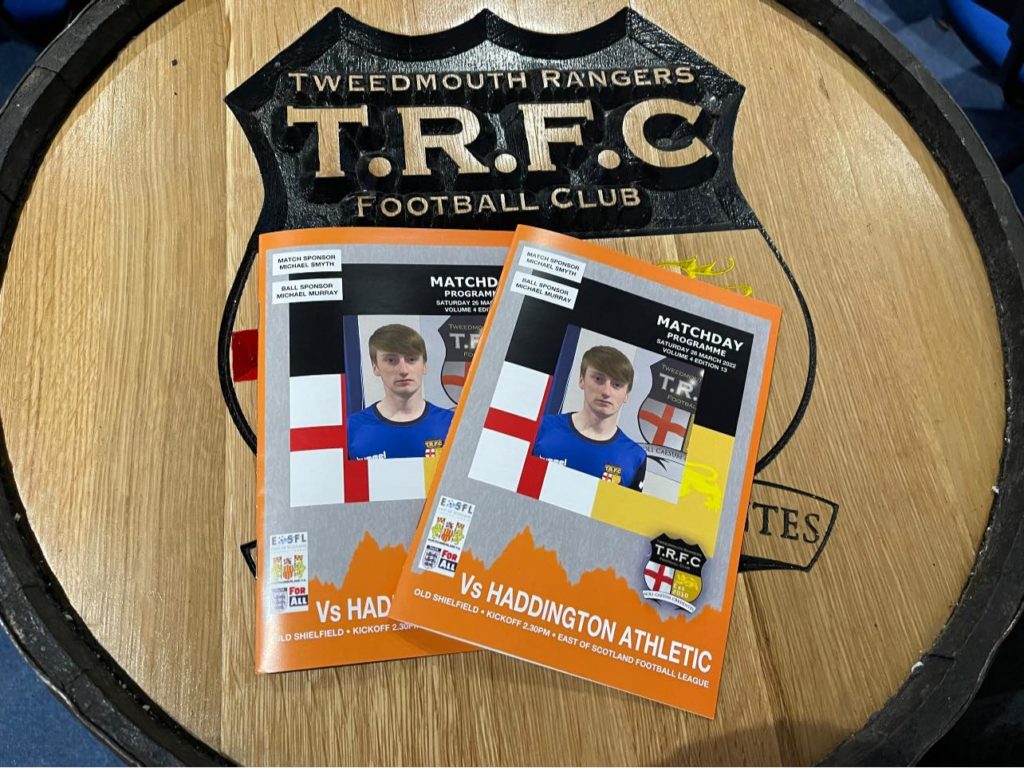 After two weekends of League Cup action, Tweedmouth returned to East of Scotland League duty with this rearranged fixture versus a Haddington team still chasing Leith Athletic for top spot in Conference ‘A’. With that target in mind, the visitors were happy to leave Old Shielfield with three points and a clean sheet but they didn’t win at a canter. Rangers, missing four regulars through injury, worked really hard as they battled for 90 minutes in front of a 150 plus crowd.

They were also hit by the injury jinx once more. The game had hardly started when Michael Robinson pulled up at the end of his first run. Onfield treatment enabled him to continue but he didn’t see out the first half and was replaced by Yassine Essalhi.

Tweedmouth’s early resistance included a well read Evan Smith interception and a smart cut out from Craig Heath before keeper Niall Frampton, making his competitive debut, dived to make a one handed save from Shaun Hill. Haddington did have the ball in the net after 18 minutes but the ‘goal’ was disallowed as there was a handball in the lead up. The next one, five minutes later, did count, Gabri Auriemma creating the opportunity for Hill’s superb strike into the roof of the net.

Recent signing from Craigroyston, Dylan Tait, had to wait patiently to score as a miskick was followed by a blast over the bar and then a save from Frampton. Guy McGarry was twice off target ahead of Tait flicking in a cross from the right to give Hi Hi a two goal interval lead.

Essalhi came close on the end of Archie Roue’s 49th minute curling free kick. He was also involved in the incident which saw the visitors reduced to ten men. Outside his area, Dale Cornet made contact as Essalhi stumbled attempting to make good Regan Graham’s onward ball and, as last defender, was shown red. Haddington responded by pulling off outfielder Robbie Neave and bringing on sub goalie Robbie Stirling who saved the free kick.

Rangers’ Craig Bell got in a good shot before Frampton punched clear Auriemma’s free kick but the former Durham City man was beaten again on 65 minutes when, right in front of goal, McGarry turned in Ross King’s cross. McGarry then missed from almost exactly the same position.

Tweedmouth kept fighting. Due to Joao Vieira’s determined run, the ball ended up inside the visitors’ box but neither Essalhi, Roue nor Bell could take control of it as it bobbed about. Sean Campbell released a bouncer off Graham’s pass but a deflection sent it for a corner.

Swings and roundabouts. Whilst the sending off seemed harsh in the context of a largely cleanly contested affair, there were doubts about the validity of the final goal. Auriemma’s corner struck McGarry’s head and then the bar, the referee ruling the ball crossed the line as it came down.