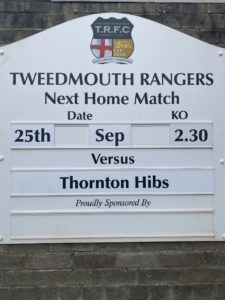 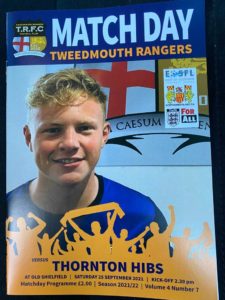 In the end, this was an emphatic victory for Tweedmouth Rangers against the team that pipped them in extra time in the Alex Jack Cup a month earlier. Manager Neil Oliver said afterwards that the key moment of the game was when Hibs, a goal down at the interval, levelled 5 minutes into the second half. Would that goal be a turning point, lifting the visitors and undermining Rangers’ resilience? He didn’t have to wait too long for the answer.

Both teams fielded 16 year old goalkeepers; Newtongrange Star Under 20s’ Tom Angus on an emergency loan for Tweedmouth, Ben Galloway between the posts for the Fifers. Galloway was in action first making a fine one handed save from Craig Bell after Michael Robinson picked up a poor back pass. Angus matched this, using both hands to turn away Joe Kinninmonth’s first shot of the game.

Robinson’s compass seemed not to be working near the half hour. Left with just Galloway in front of him, he kicked the ball well wide of the post. All the same, by this stage Rangers were beginning to look the better team. Too often, Hibs’ movements broke down because of a sloppy pass.

The breakthrough for the home side arrived three minutes from half time. Bell was the link as Regan Graham worked the ball to Declan Knox to beat the keeper.

Tweedmouth were under immediate pressure as Thornton began the second period with a dangerous Garry Thomson cross which produced a corner. They soon gifted Kinninmonth time and space to swivel inside the box and drill the ball beyond Angus’ reach into the lower corner of the net.

Seven minutes later, Robinson kicked off the move in which Graham and Bell were again involved and which once more was completed by Knox to put the home team back in front.

Both of Thornton’s 60th minute substitutes might have claimed a second equaliser. Ben Rolland managed to skip through into the area but was stopped by Rhys Dixon’s tackle of the match whilst Angus’ hand dealt with Fergus Mackie’s half volley.

Even so, the game’s momentum was again swinging Tweedmouth’s way. A sign of confidence was the way half the team moved as a pack to force Rolland so far wide as to make a decent shot nigh impossible. Going forward, several promising moves were frustrated by offside verdicts plus Galloway saved from Sean Campbell when set up by Drew Cummings. Nevertheless, these two would would have the final say very late in the game.

Andy Wilson and Graham were key in the lead up to Campbell’s left foot hitting the ball into the top of the net. Thornton continued to neglect the threat Graham posed up the left and, as stoppage time began, he provided Cummings with the opportunity to make absolutely sure the three points would stay in Berwick. 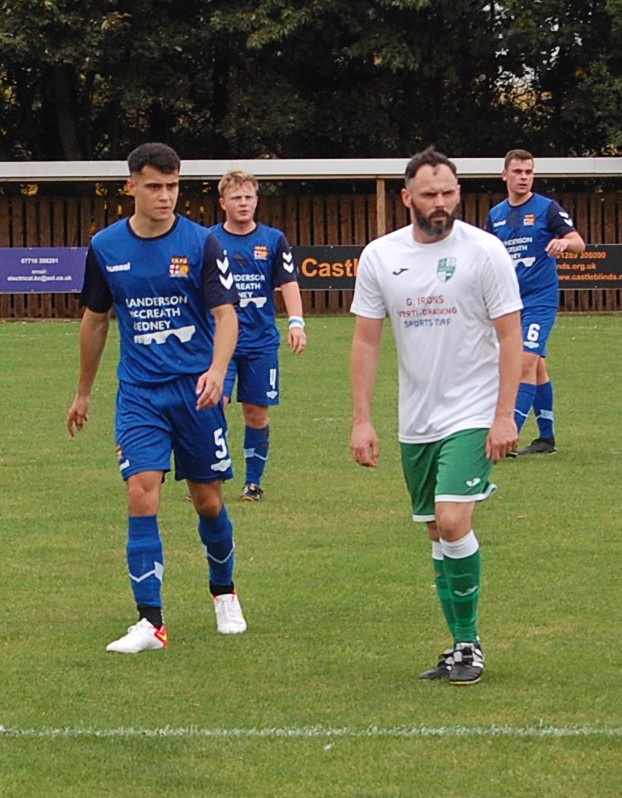 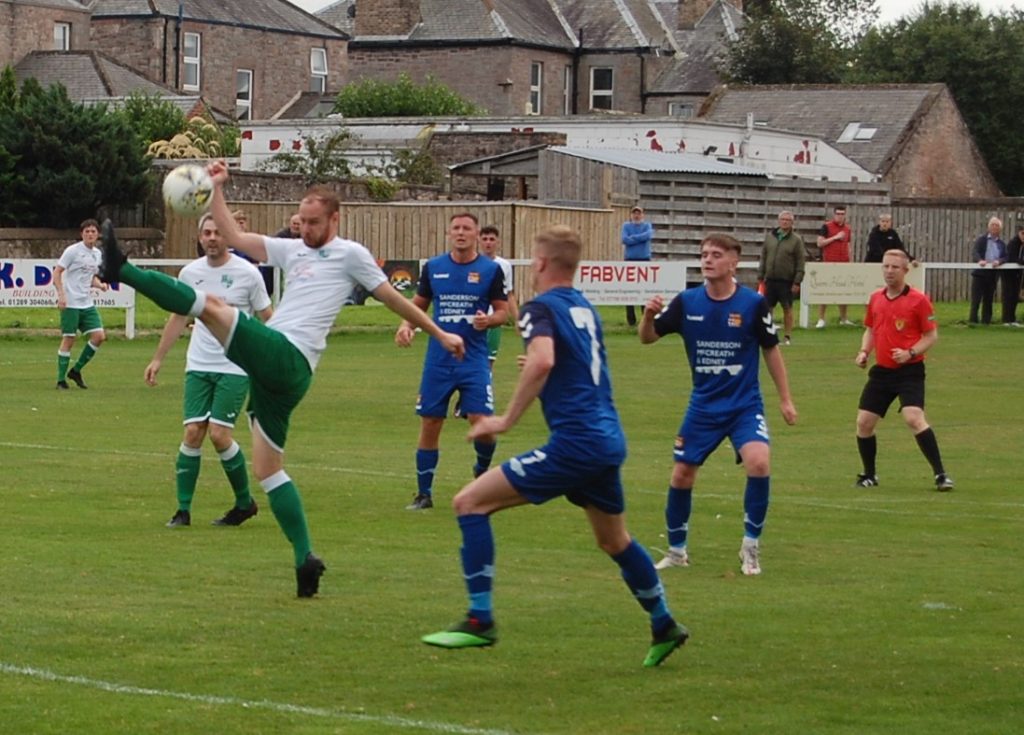 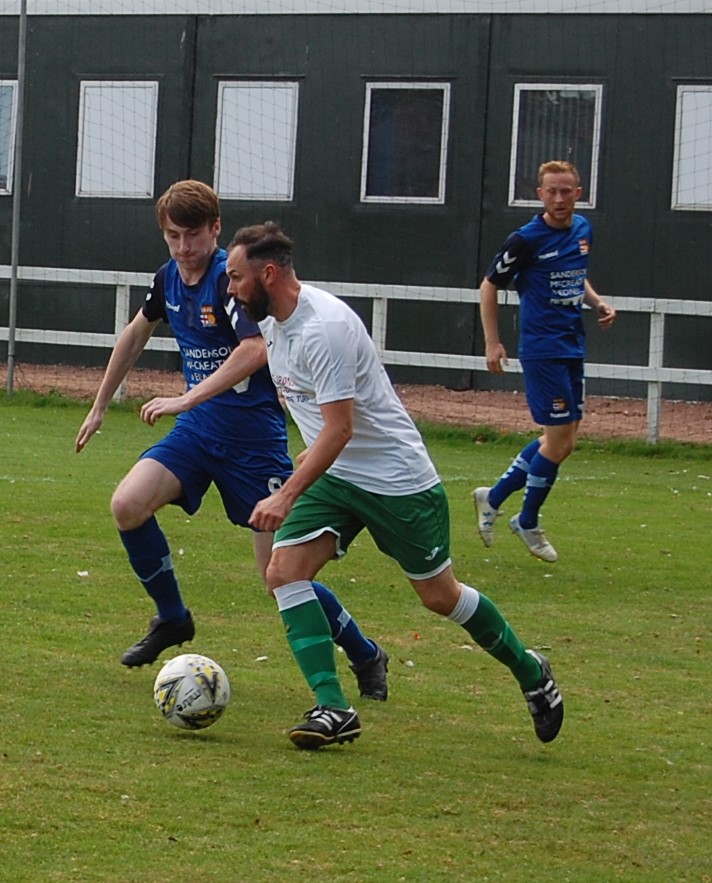 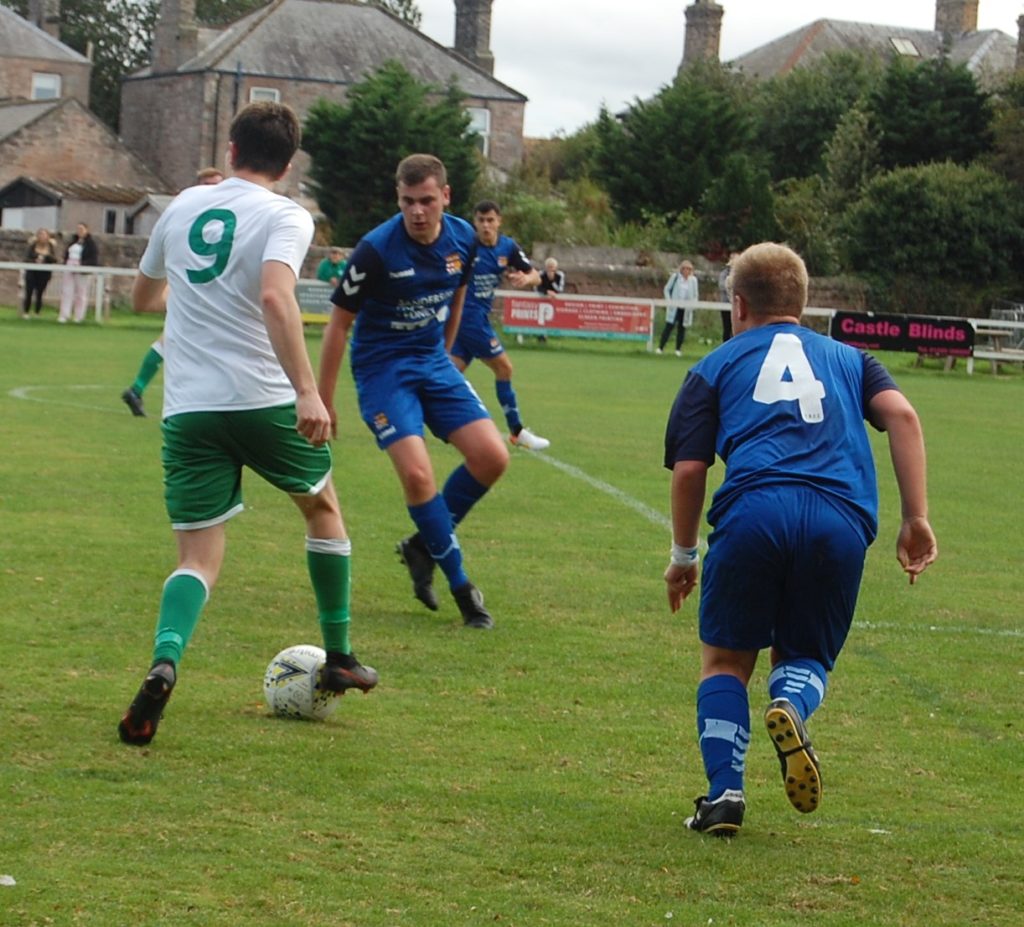 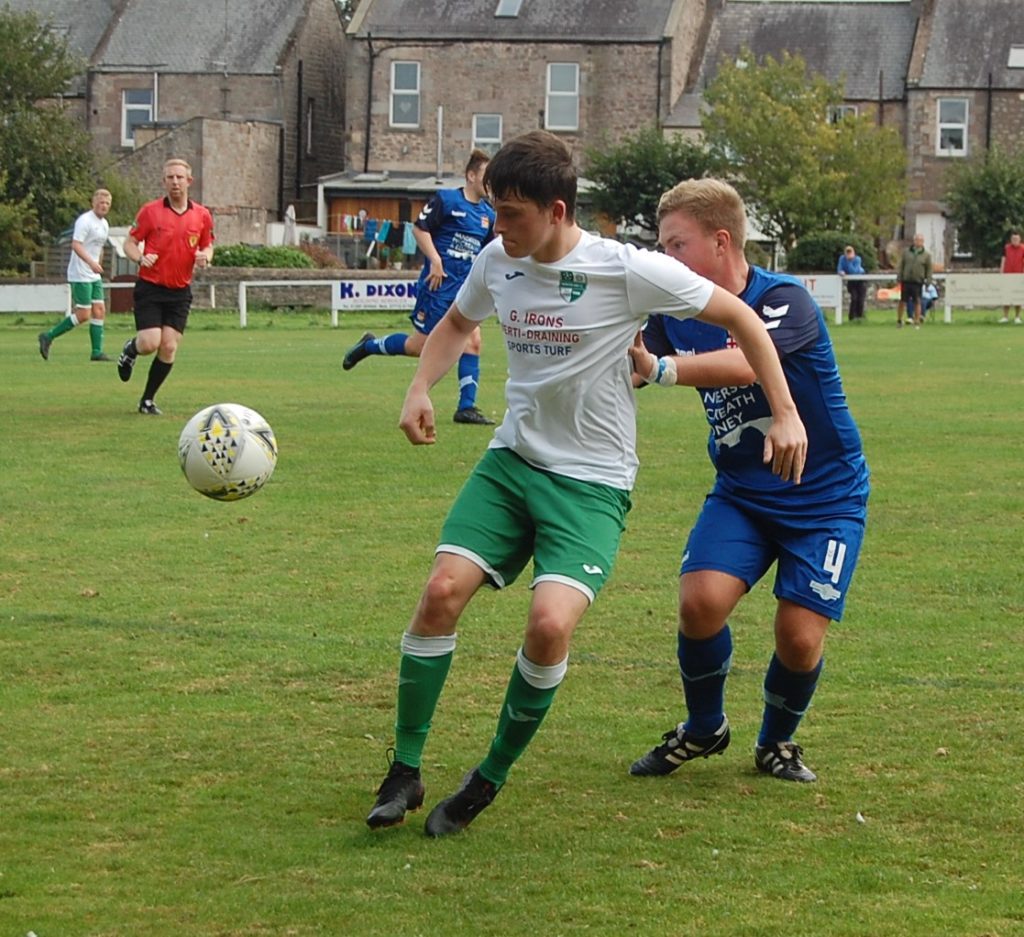 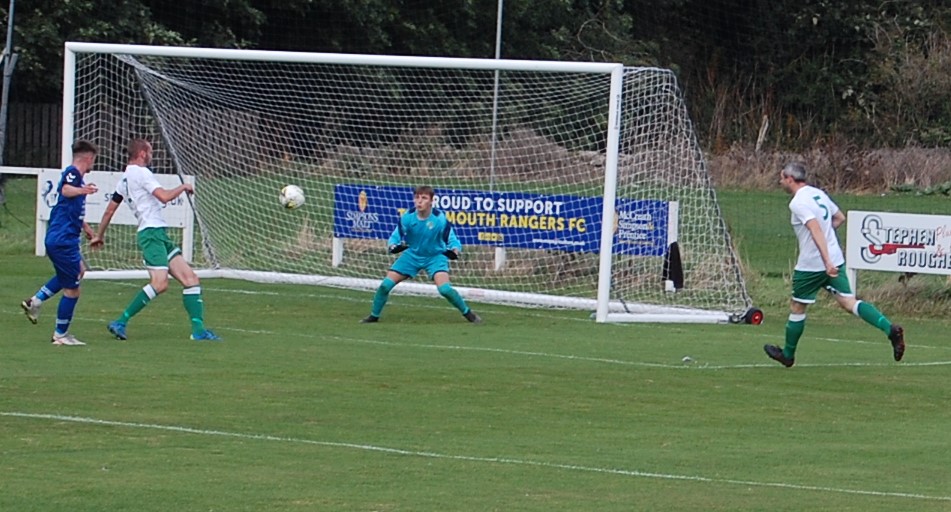 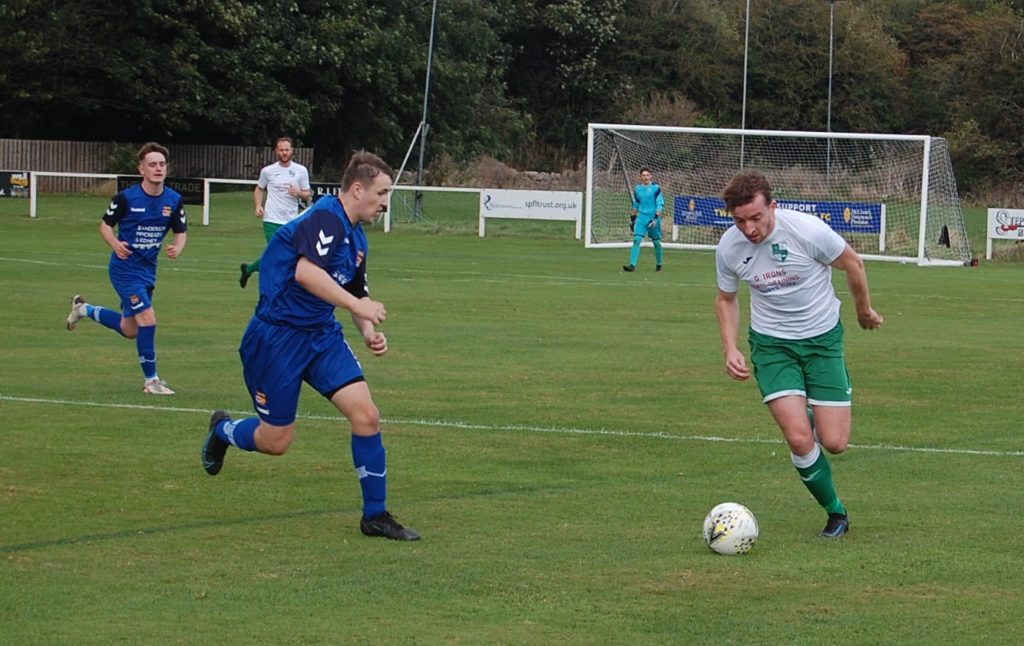 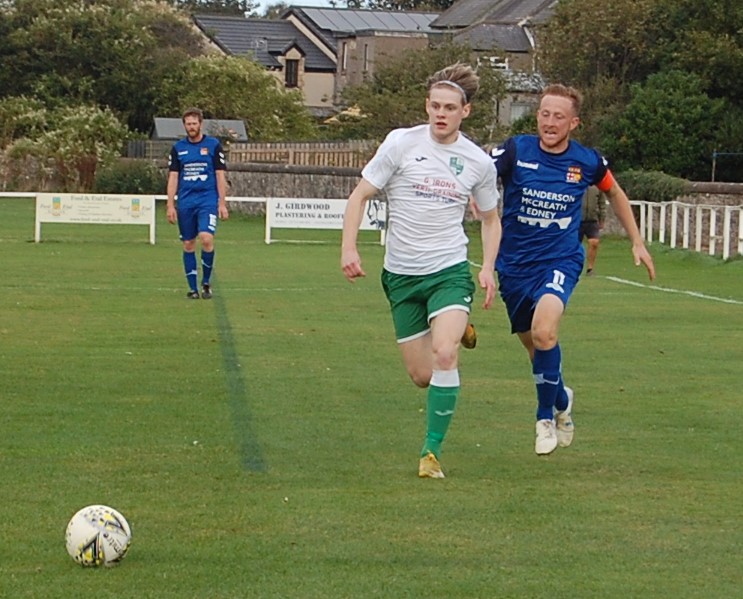 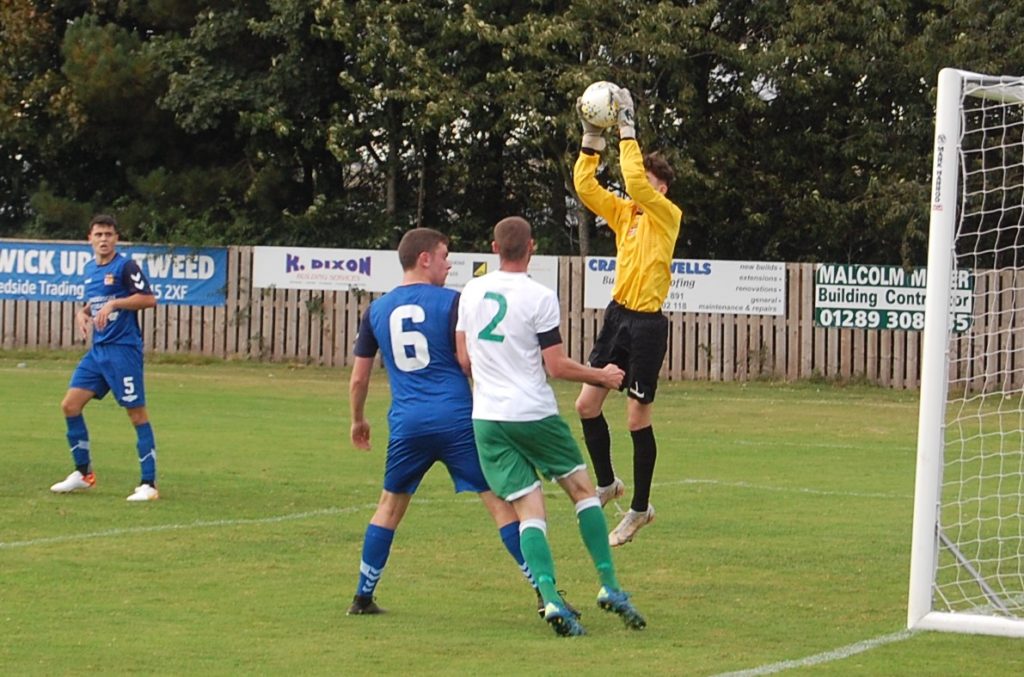 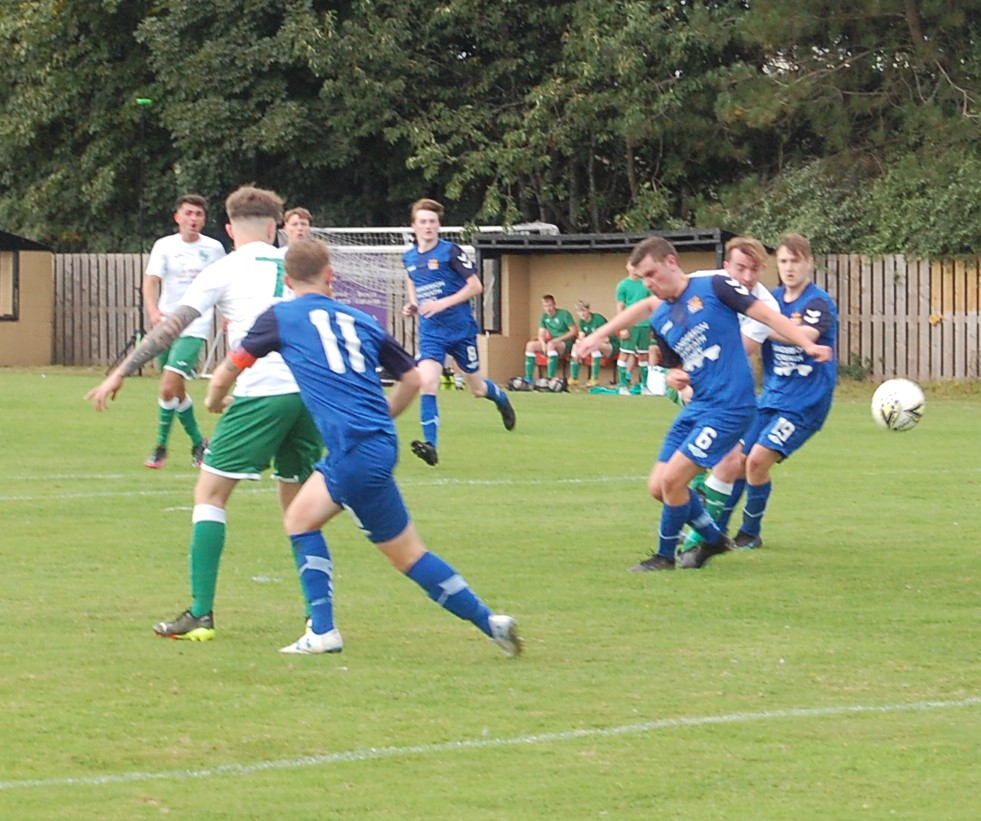