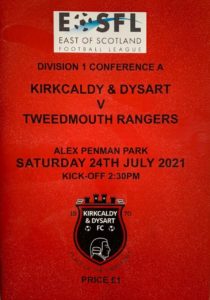 A tense finale at Alex Penman Park as these two clubs met each other for the first time. With both down to ten men, Tweedmouth sought to cement an improved second half performance with an equaliser in the dying seconds of the match. Awarded a corner, keeper Mark Walters left his post to join the attack and stayed upfield when a second corner quickly followed. This time the ball was cleared, the home side racing away with it towards an empty goal only to be abruptly halted by the ref blowing for full time.

Indicative of the pressure Kirkcaldy were under was a second yellow card for time wasting, and thus dismissal, for John Smith, scorer of two of their goals. The same fate had already befallen Tweedmouth’s Josh Whitson in the 72nd minute, again for two of a spate of cautions handed out by Mr McAleese. His departure looked ominous for the Berwick team especially when immediately after the second half water break on a hot afternoon, Smith restored the home side’s half time two goal margin to make it 3-1. Yet, just after Walters’ hand had denied Stevie Jeffries a second and the hosts a fourth goal, Rangers reduced the home lead for a second time with five minutes remaining. Drew Cummings saw Regan Graham unmarked to his left and Rangers’ skipper played the ball back into the box to Khasim Mdlasini to shake the back of the net with it.

In the first half, Rangers came closest to scoring through Ciaran Hatsell by Kirkcaldy’s left post but a defender’s leg got in the way to send the ball for a corner. However, most of the time, Tweedmouth looked out of sorts struggling to deal with the bounce of the ball on a firm albeit grass pitch and with Kirkcaldy’s physicality. Jeffries put them in front with a 26th minute header off Stuart Walton’s long throw-in.

Chris Ireland, from whom Walters had seconds earlier saved at point blank range, provided the pass from which Smith doubled the lead five minutes later. The big keeper came to the rescue again to prevent Smith putting the Fifers three goals clear before half time.

Helped by an early Cummings’ goal, the visitors displayed much greater self-belief in the second half and showed they could play a bit. Home goalie, Robert Wilson now had to contend with some serious business using both hands to stop Miguel Freire’s strike and then tore out of his area to just beat the Rangers’ forward to Rhys Dixon’s long ball. Craig Bell was immediately involved after replacing Freire, forcing Wilson into another save.

Kirkcaldy capitalised on Rangers being a defender short when Jeffries got clear on the right but fired across the face of goal, soon followed by Walters’ reflex save from the same man and that grandstand finish. 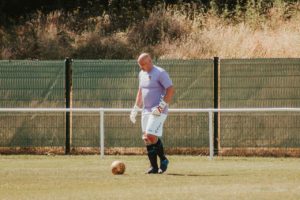 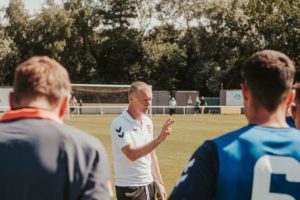 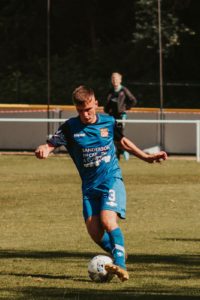 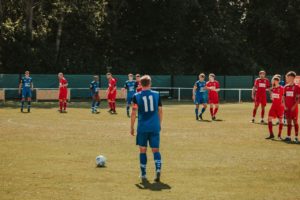 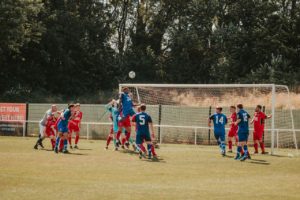 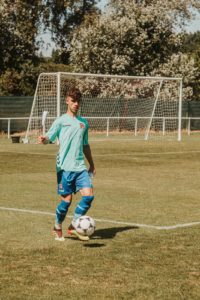 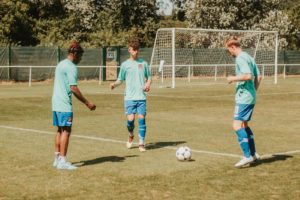 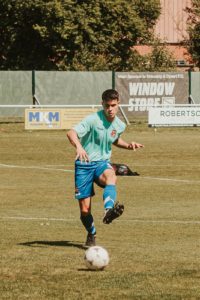 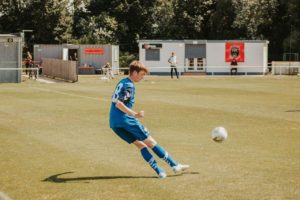 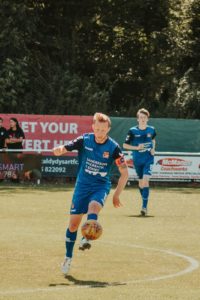 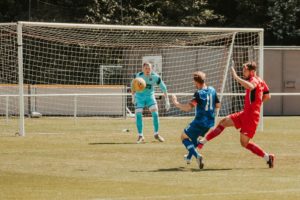 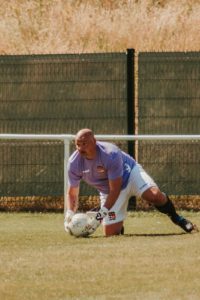