For the second week running, penalties were a major talking point after a game in which Tweedmouth came from two goals down at half time to level with two of their own inside a minute.

The first spot kick was awarded after only seven minutes when Regan Lumsden’s attempted cross hit Craig Heath’s arm. Lumsden took the kick himself but Rangers keeper Niall Frampton dived the right way to save it.

In the first half, on a tight, plastic pitch, Rosyth’s quick and forceful tackling limited Tweedmouth’s opportunities to play the ball. For the hosts, Myles Wilson’s long range hit travelled way too high and Jason Finlay was wide with a header. Jack Forster got back to end Callum Strang’s ground gaining run before Rosyth took a 25th minute lead. Following a corner, the ball eventually broke for Sean O’Neill to post it into the right side of Frampton’s net.

The Fifers took just three minutes to double their lead, Rangers defence static as Graeme Nutt converted a cross from the left. In a portent of what was to come after the break, Rangers hit back with Drew Cummings driving forward to strike the bar. He then picked out Michael Robinson, positioned out wide, to send over a perfect cross to Regan Graham in front of goal but Rangers’ captain skewed the ball beyond the outside post.

As Rosyth went in search of a third goal, Frampton rose to tip Matthew Gallacher’s spinner over his bar and then, against the odds, was first to a ball running loose after Rosyth hared downfield after home keeper Blair Penman blocked another Cummings’ effort at the other end.

With the breeze now in their favour, Tweedmouth went on to run Rosyth ragged in the third quarter of the match once Evan Smith took the ball off Lumsden’s feet yards out from Frampton’s goal. They kept the ball on the deck, capitalising on the gaps now appearing in the home midfield. Ten minutes into the new half, the ball nestled in the far corner of Penman’s net when Joao Vieira seized the second chance following an initial save from Craig Bell. It took only another sixty seconds for Bell to get his goal. Again out on the right, Robinson once more linked with Cummings, Bell nipping in to head home the latter’s cross without a defender in sight.

The game turned on the second penalty decision in the 70th minute. The referee adjudged that Frampton’s challenge on Gregg Page was illegal and booked the keeper. Dan Hall was successful with this one but only after the ball first struck the post.

Graham got in a decent shot off Cummings’ free kick but Penman’s fingertip save denied the Berwick team another equaliser. Rosyth eventually put the game to bed when Hall, inside a packed goal area, got the last touch to an 83rd minute corner. 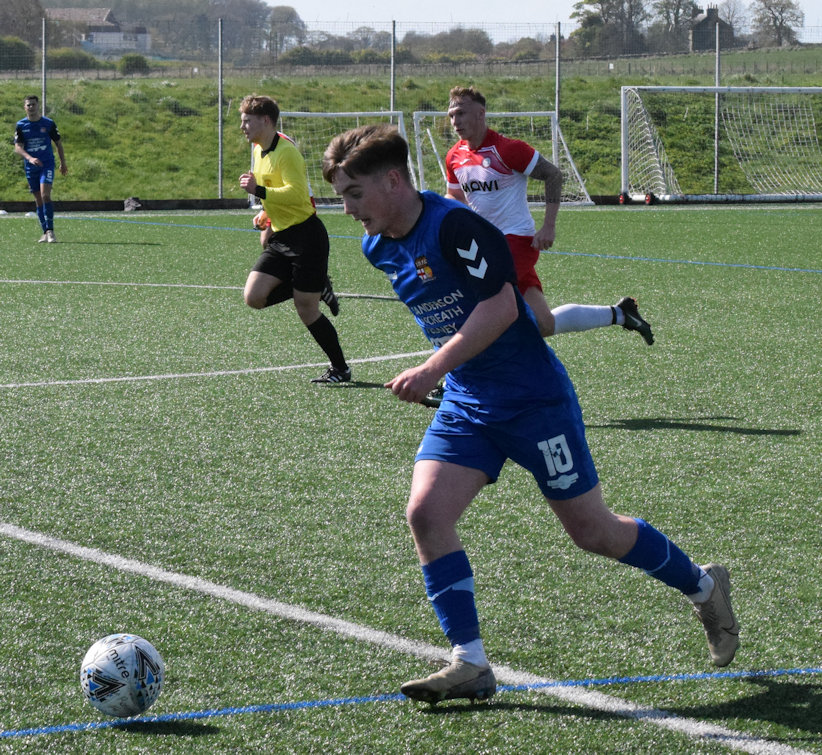 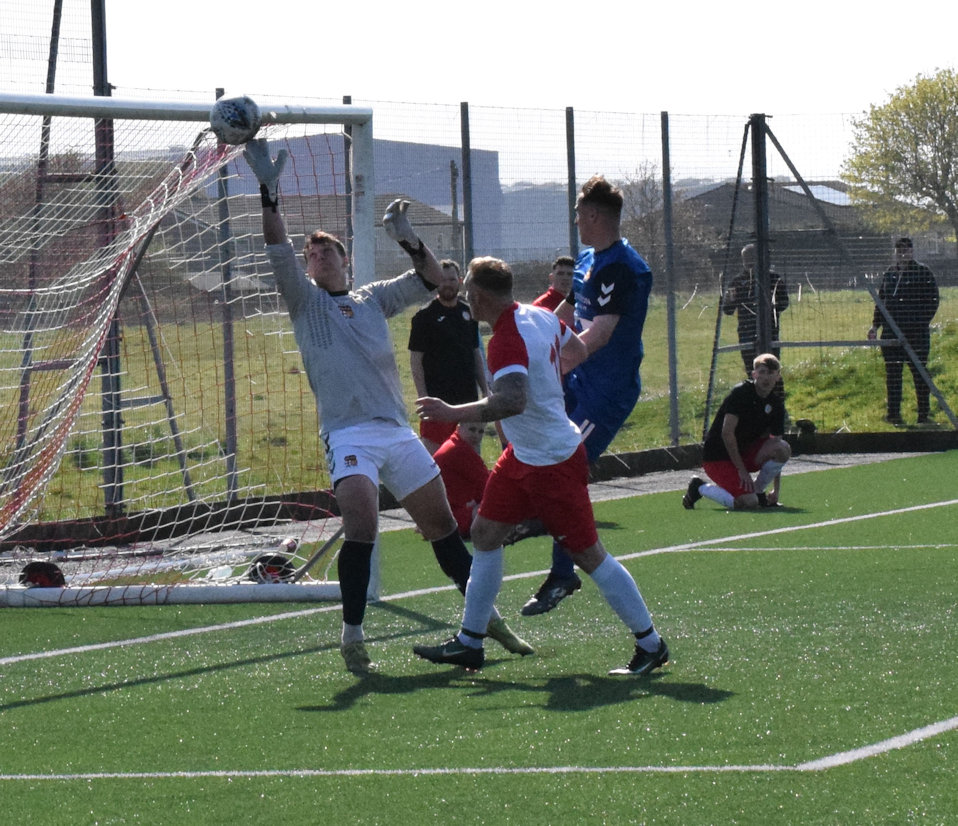 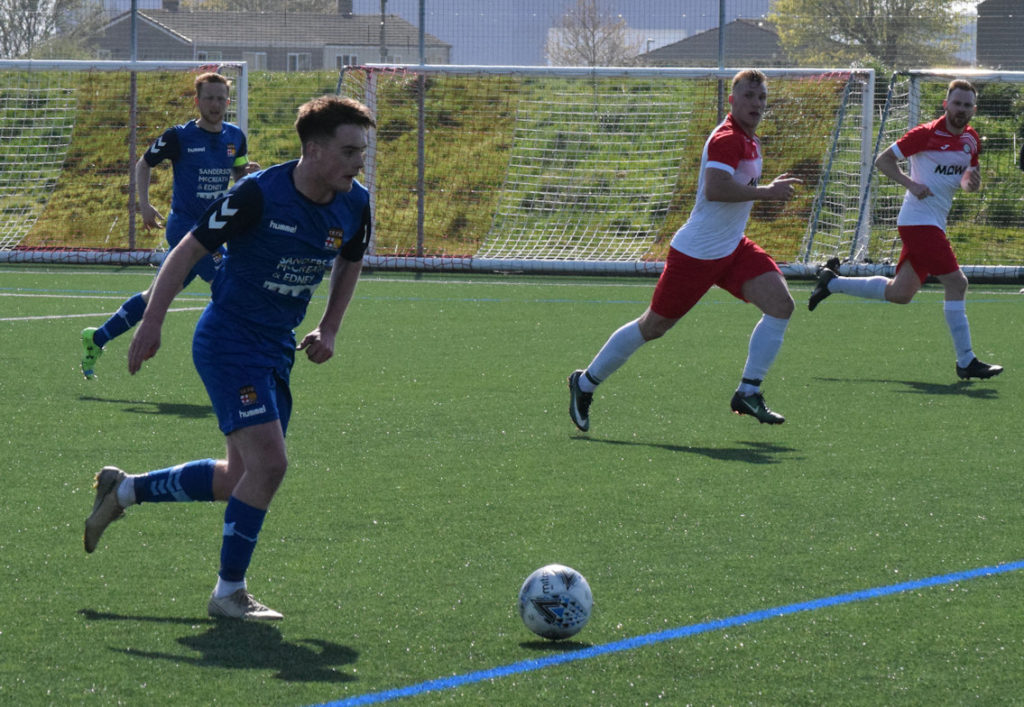 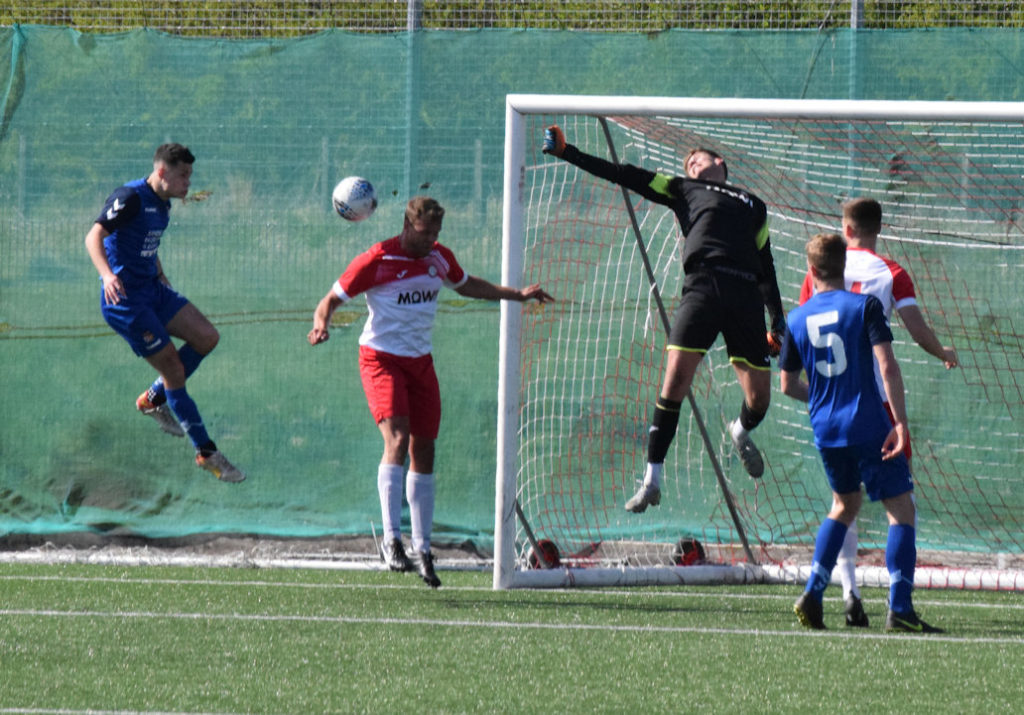 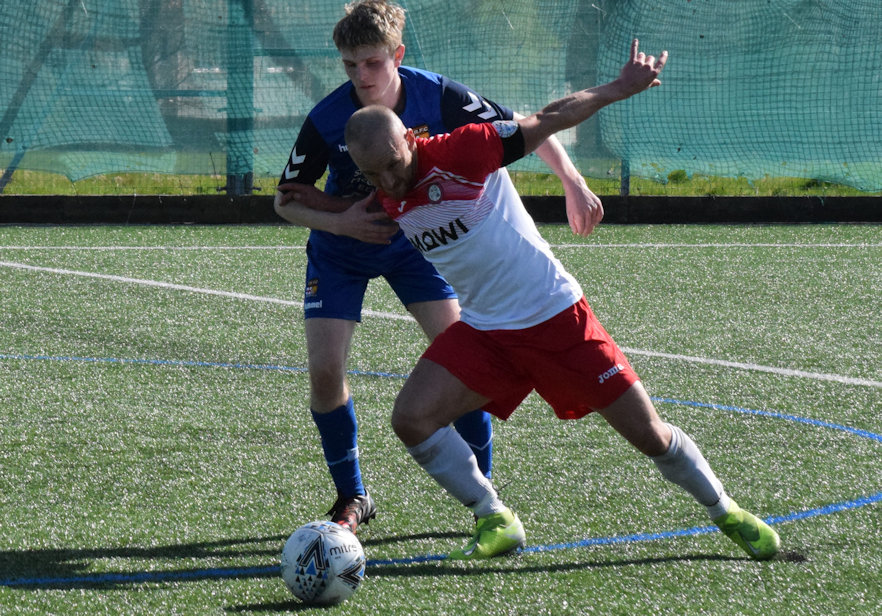 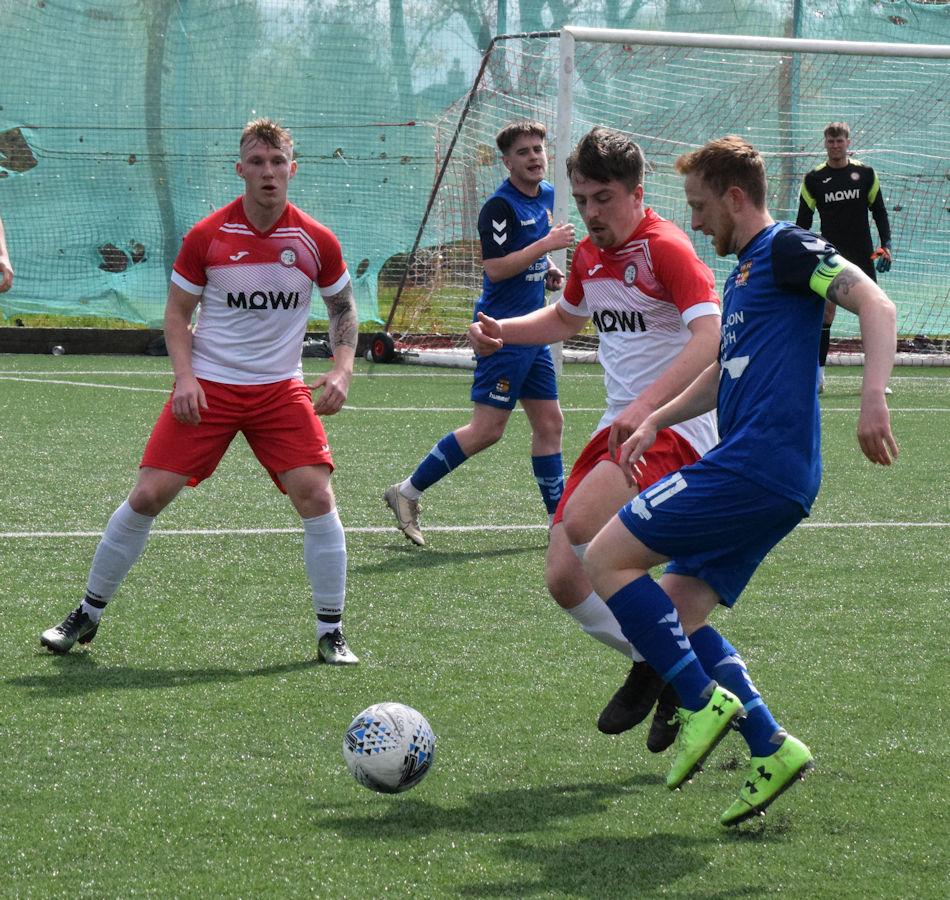 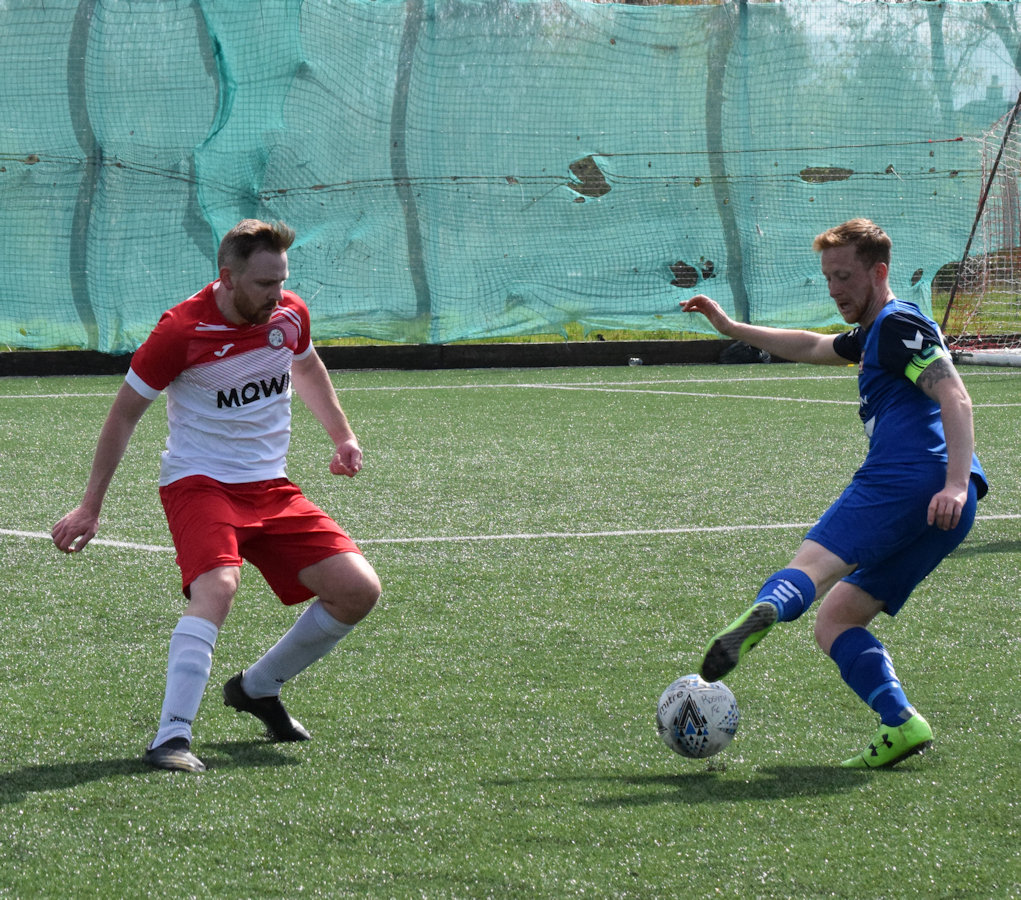 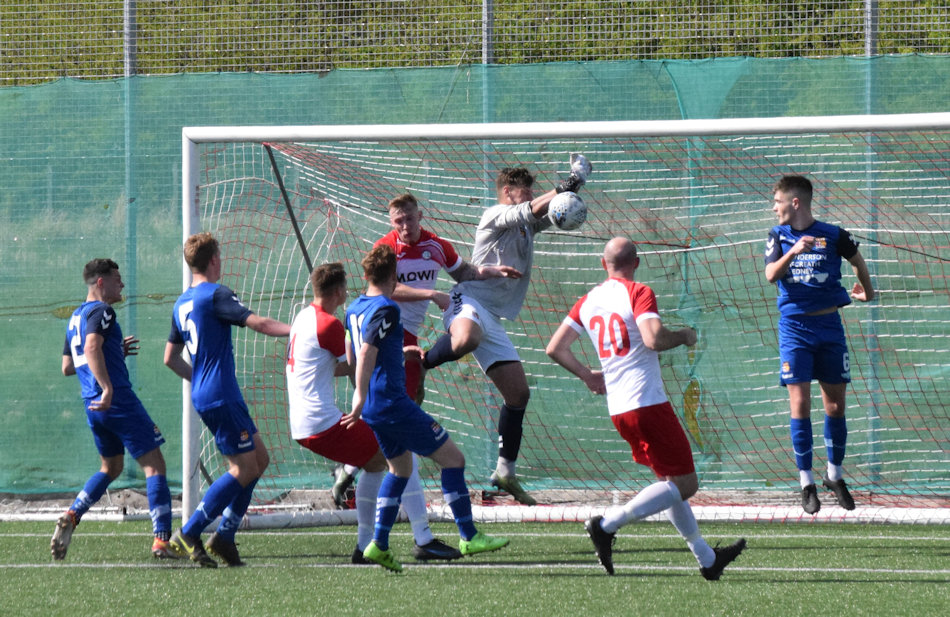 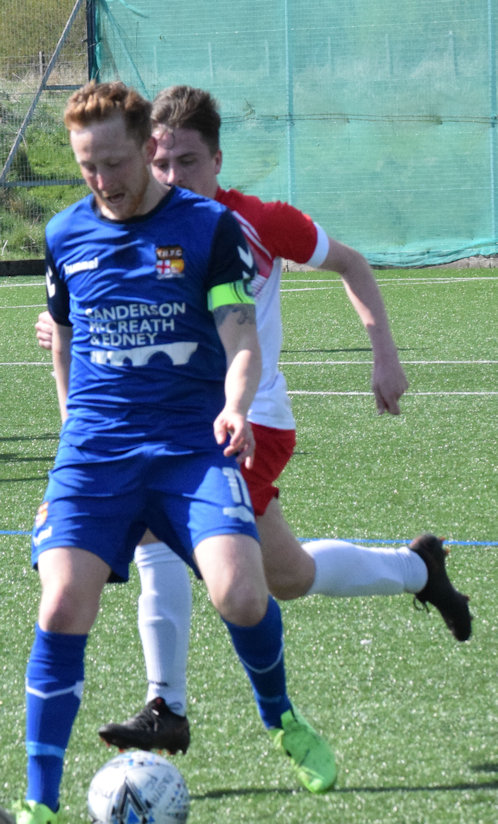