Former player George Brown sponsored this match to mark 55 years since he was in the Coldstream team which won the East of Scotland Qualifying Cup by beating Gala Fairydean in the Final at Selkirk. The South Challenge Cup didn’t exist then but, after victories over East of Scotland Premier Division Whitehill Welfare and now their nearest neighbours, Coldstream remain in the hunt for another trophy.

This tie threatened to boil over after only five minutes’ action when other players were drawn towards a flare up between Jonny Simpson and Joao Vieira after the Coldstream man took umbrage at the latter’s tackle. Both were booked.

Rangers had the chance to draw metaphorical first blood when the ball bounced handily for Craig Bell to outpace the cover but former teammate Danny Fletcher, now in goal for Coldstream, saved the shot.

With quarter of an hour played, Tweedmouth passed themselves into trouble. Craig Heugh nipped in smartly to take the ball spotting Buster Briggs in the ideal position to put the Home Park team ahead.

Tweedmouth keeper Mark Walters showed why he had been able to play at SPFL level with Berwick Rangers, twice stopping Briggs from scoring again and preventing Simpson netting after his side again gave away the ball deep inside their own patch. On 26 minutes, the Berwickshire team stretched their lead through Ejay Gay’s forceful header off Chrissy Briggs’ corner.

Walters made a further save from Heugh and more spectacular ones from Simpson and Craig McBride’s header. The hosts had a narrow escape with the ball eventually booted off the line following a corner after Fletcher once more got the better of Bell.

It proved to be a quieter second half for Walters despite the ‘Streamers’ doing much of the pressing. Their big men, Gay, McBride and skipper Max Fox came up for every corner but they could not replicate Gay’s first half success.

On 68 minutes, Regan Graham’s through ball enabled Craig Colquhoun to deliver a hopeful cross which Fletcher, in acrobatic style, managed to hold. However next time, the post came to his rescue. Walters pushed out one of those corner balls to Colquhoun. His speedy run took him well inside the home half creating the opportunity for a terrific strike from Andy Wilson which bounced back into play off the metalwork.

A tad ironic then that the post should help Buster Briggs claim a second goal as stoppage time began to end Tweedmouth’s best spell of the game. 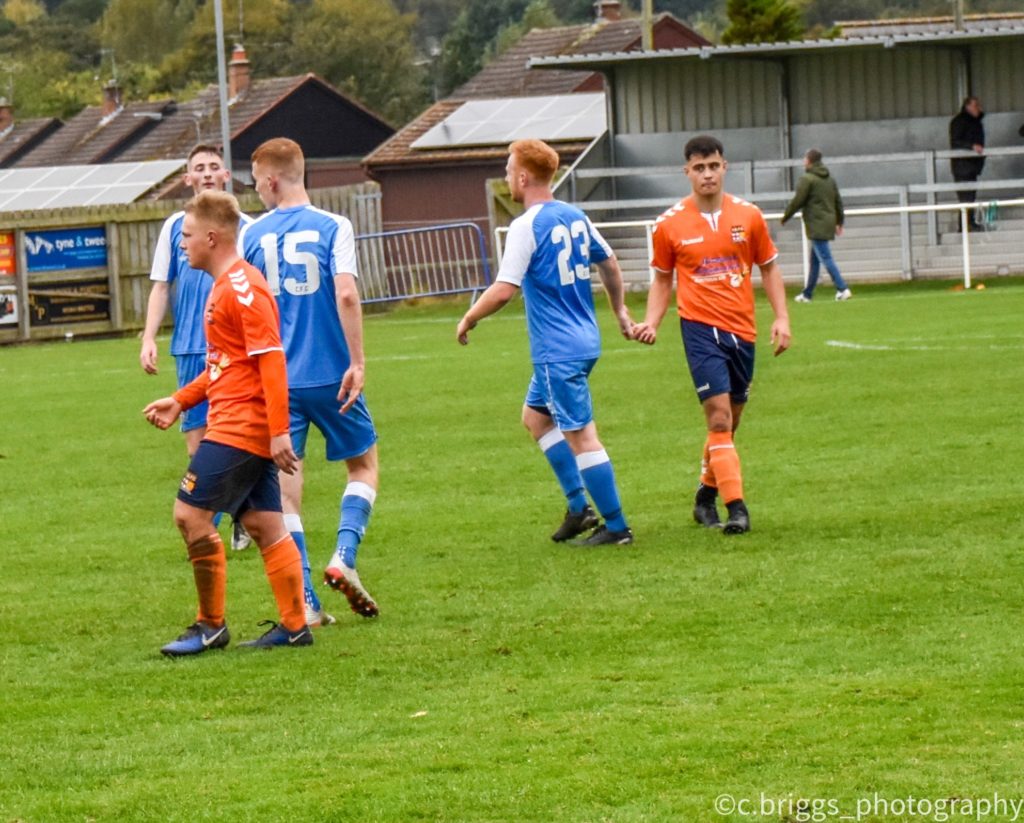 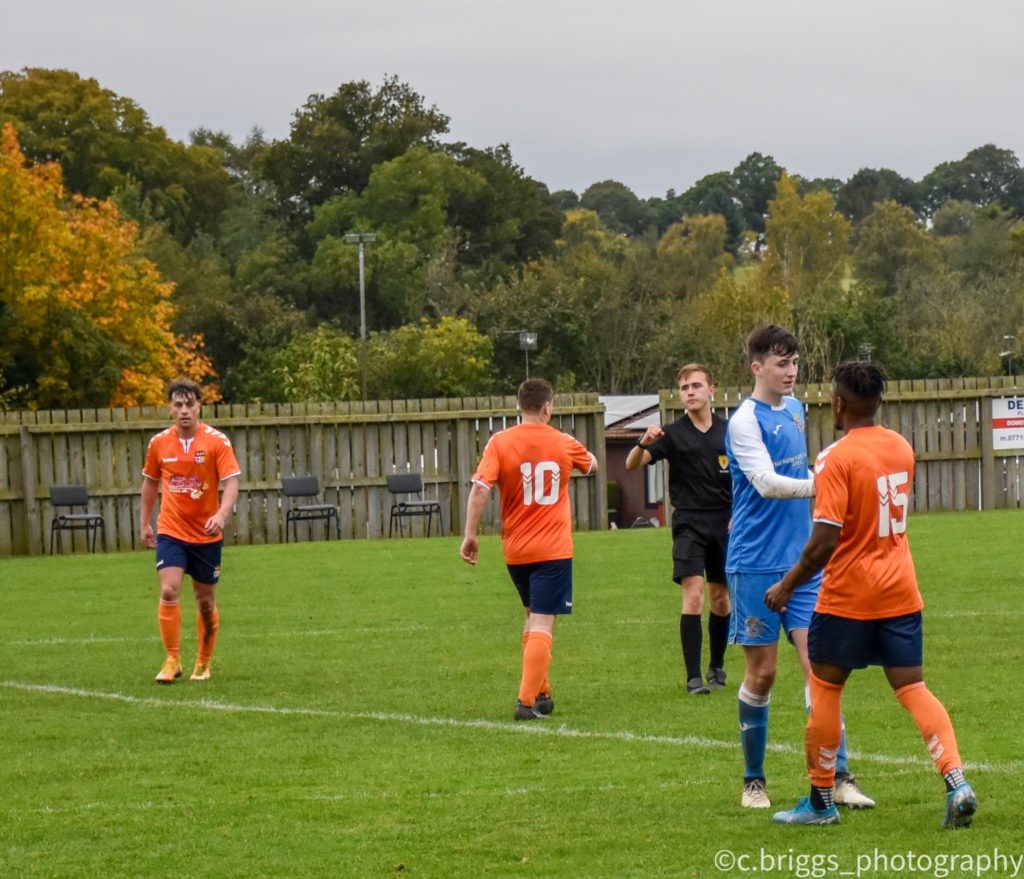 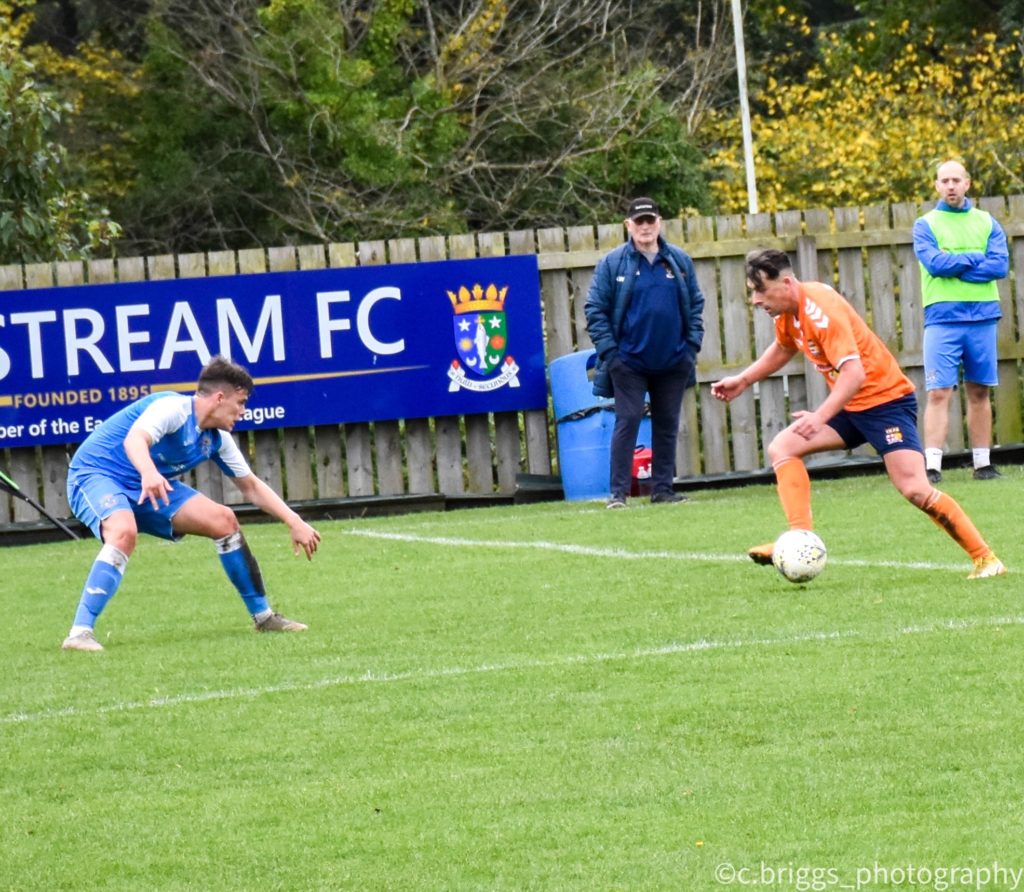 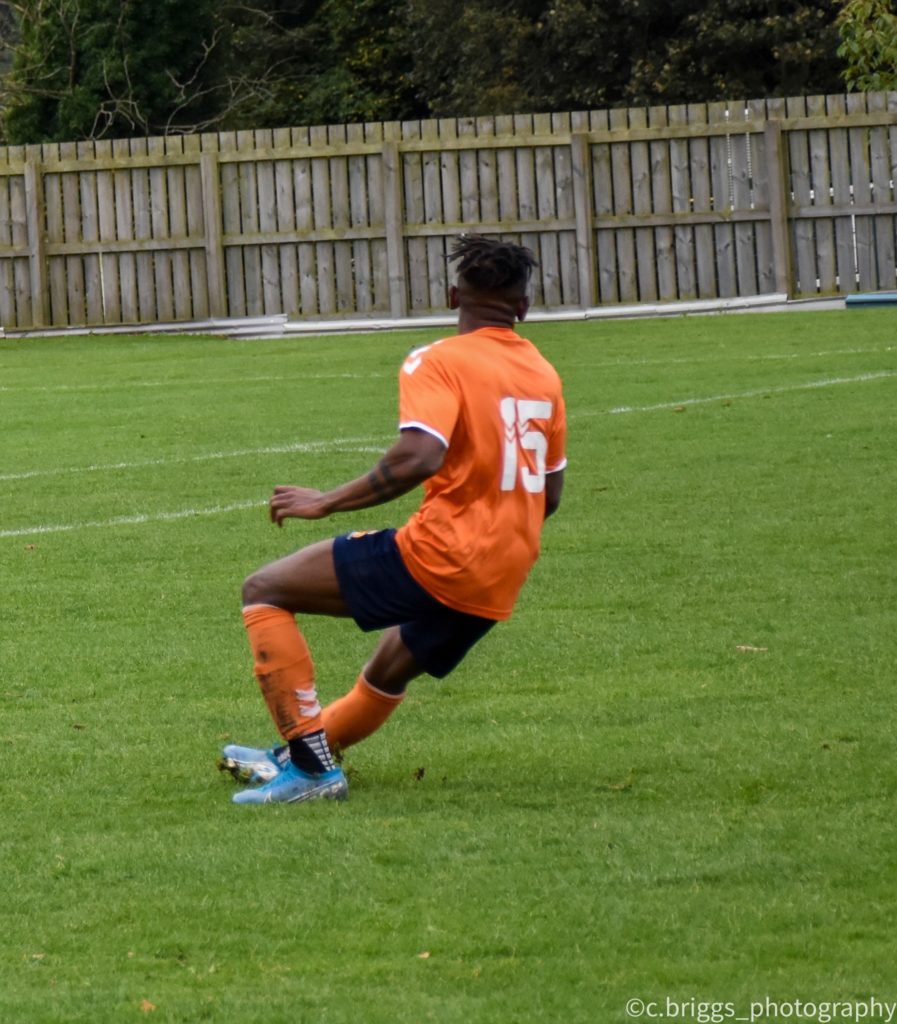 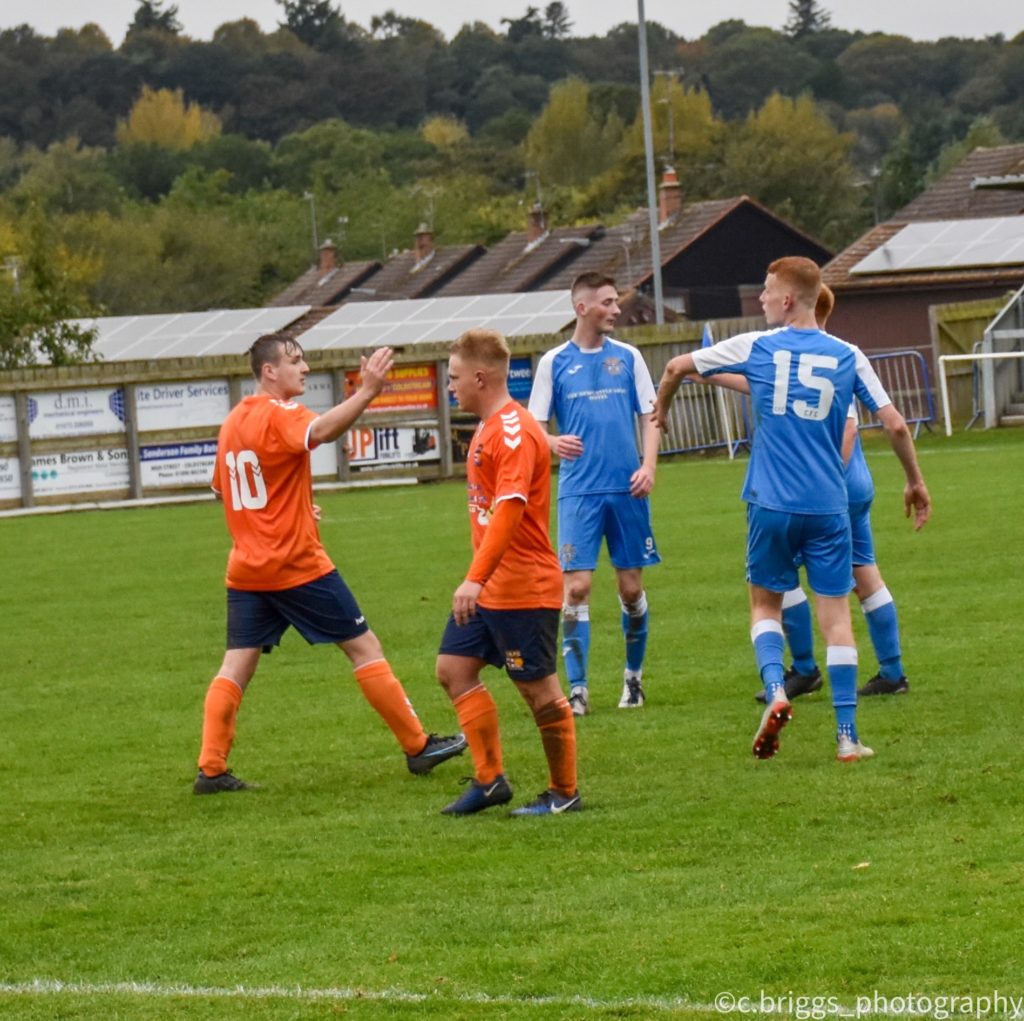 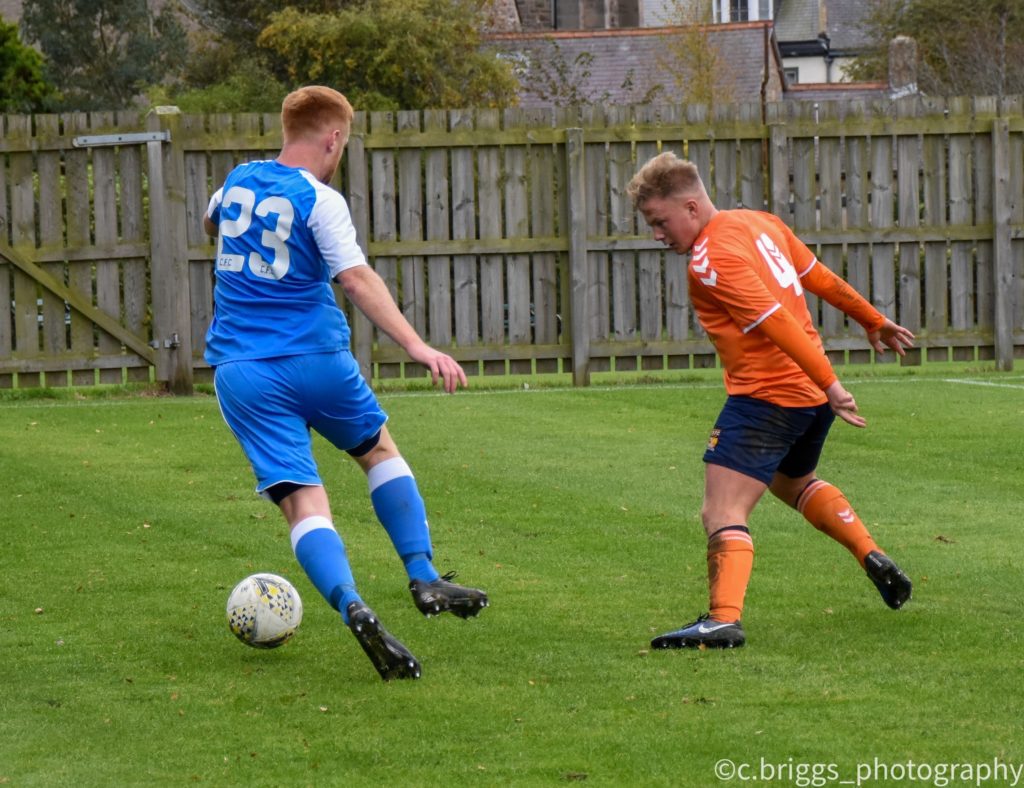 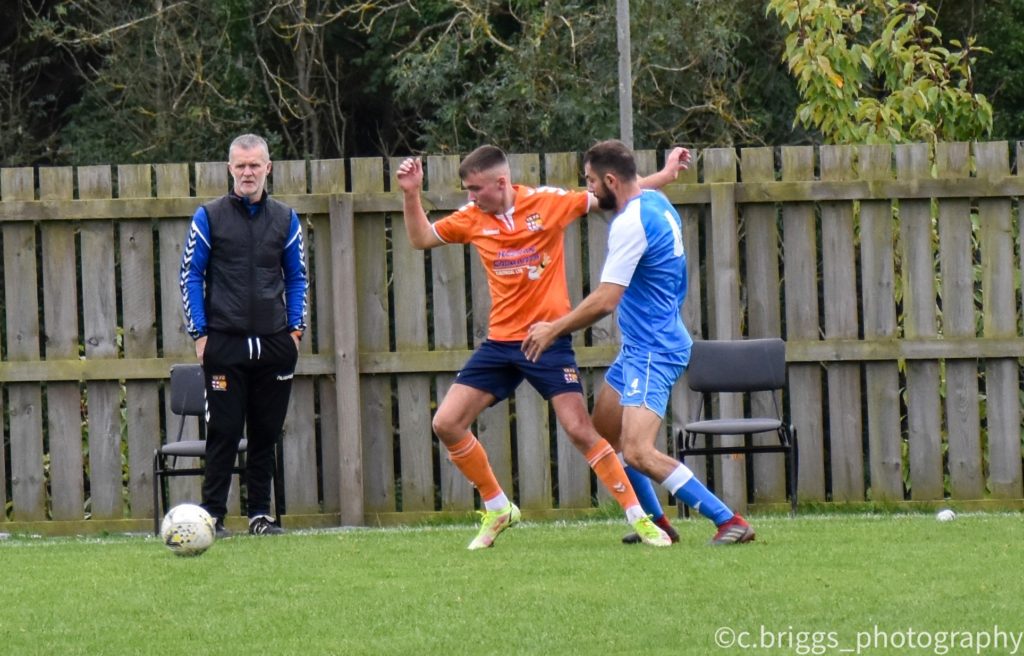 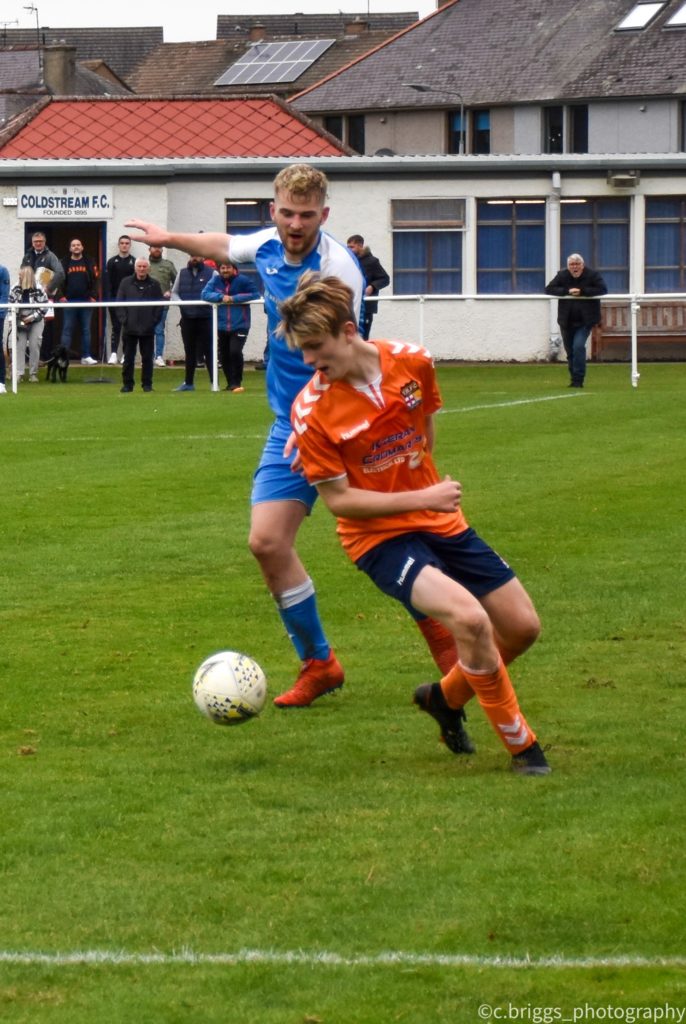 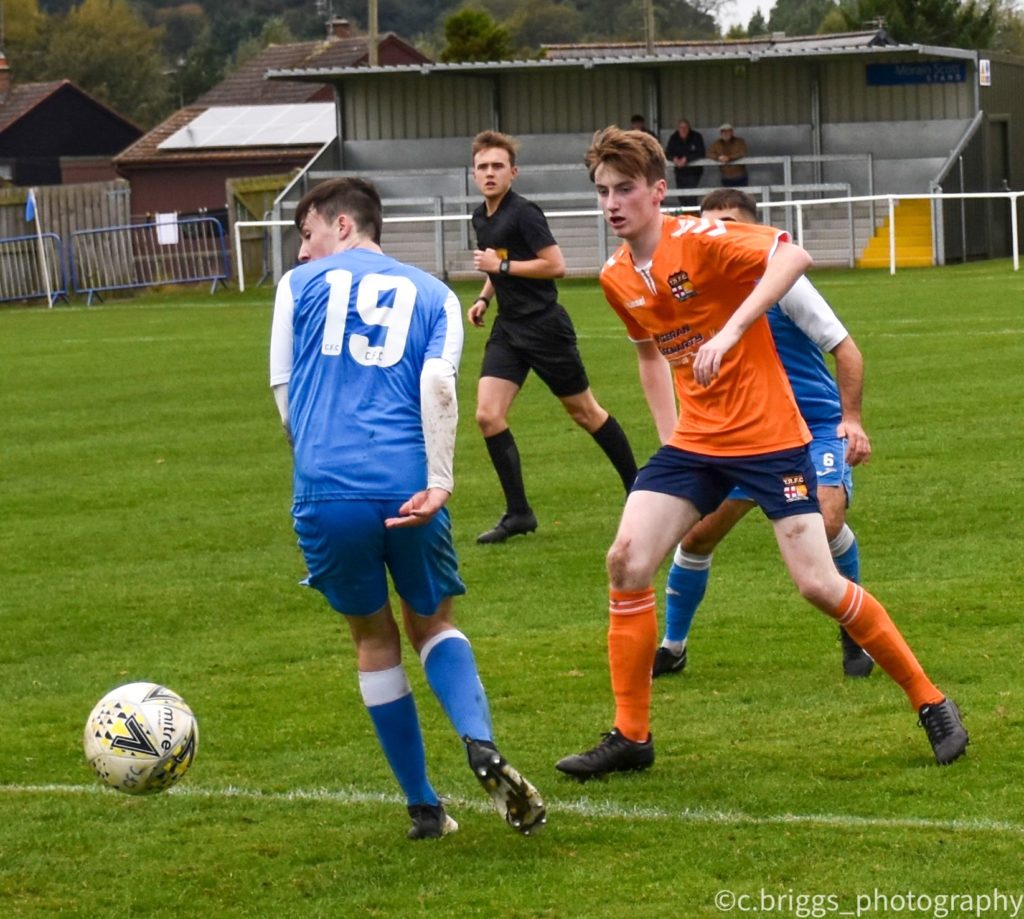 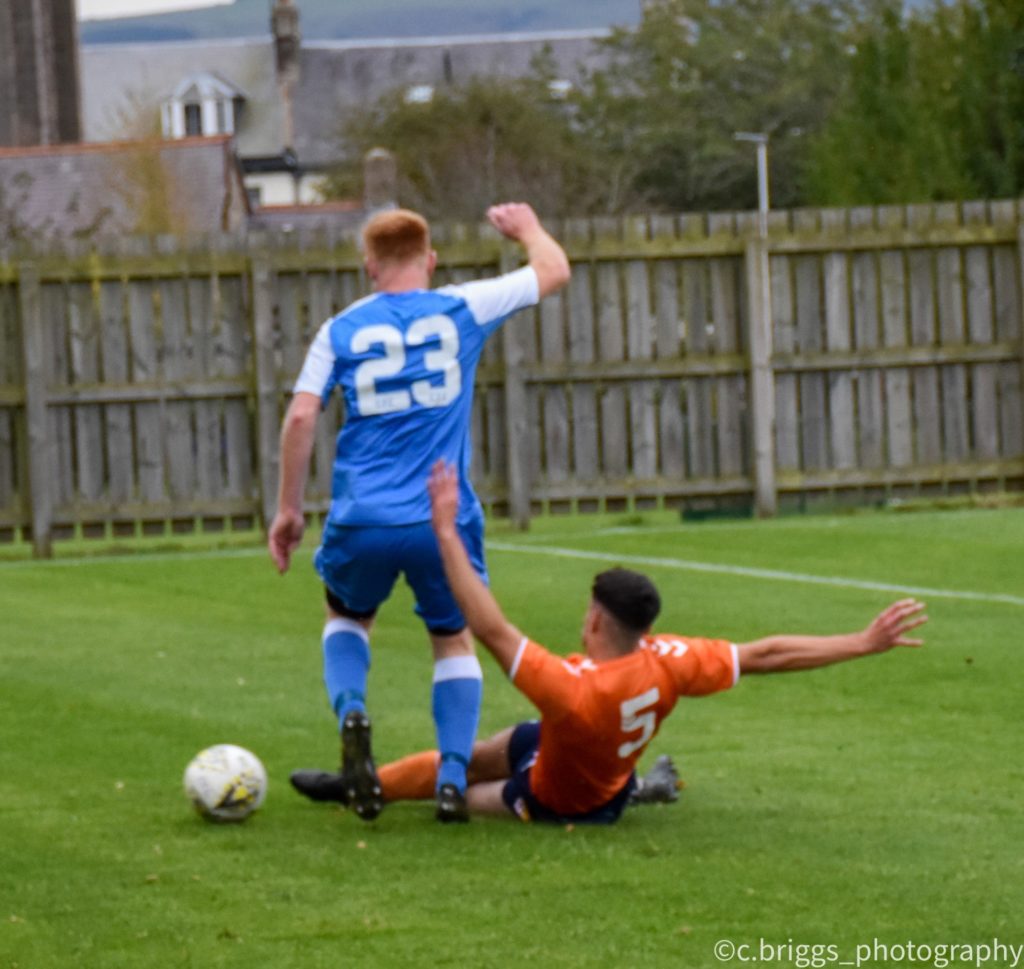 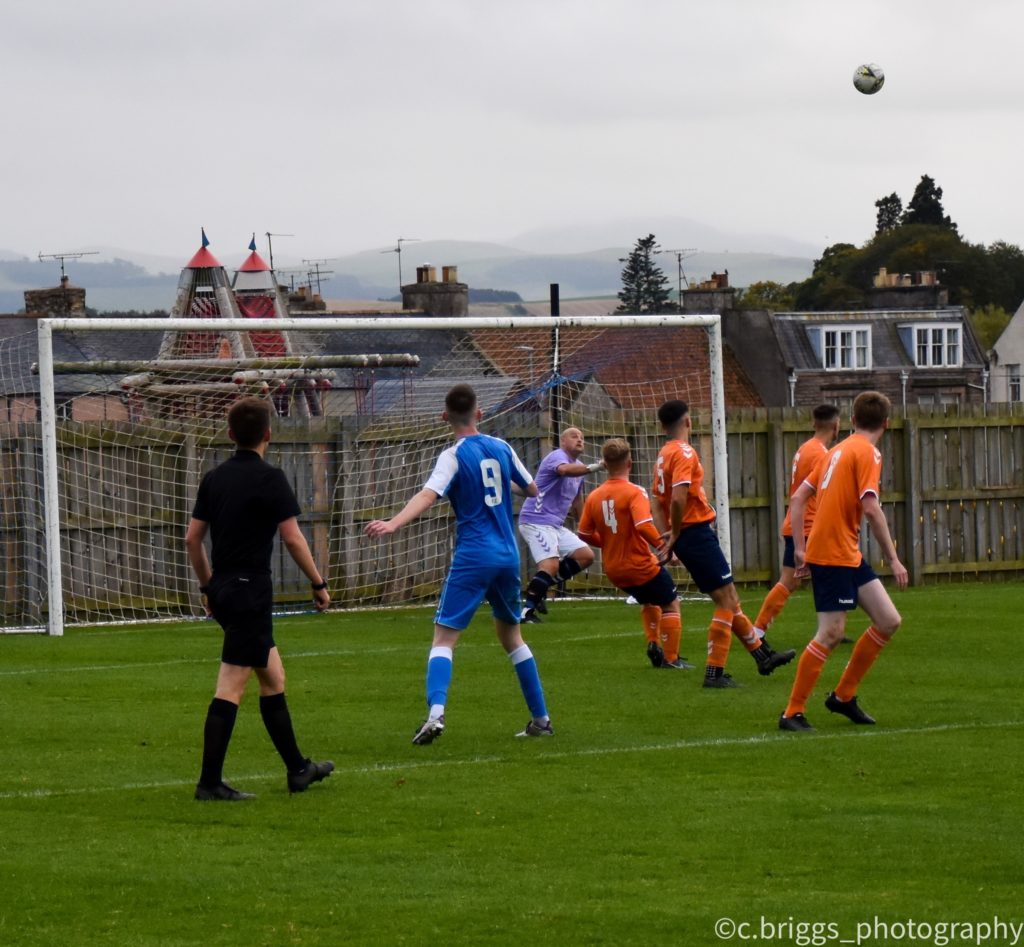 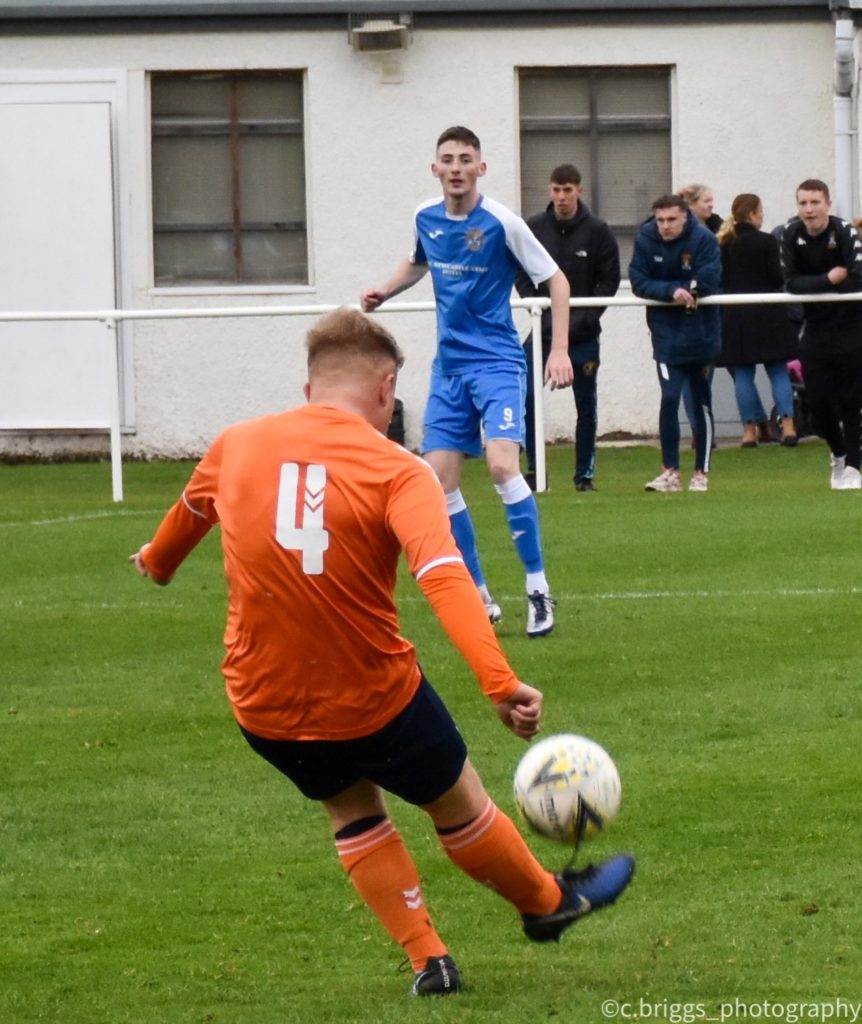 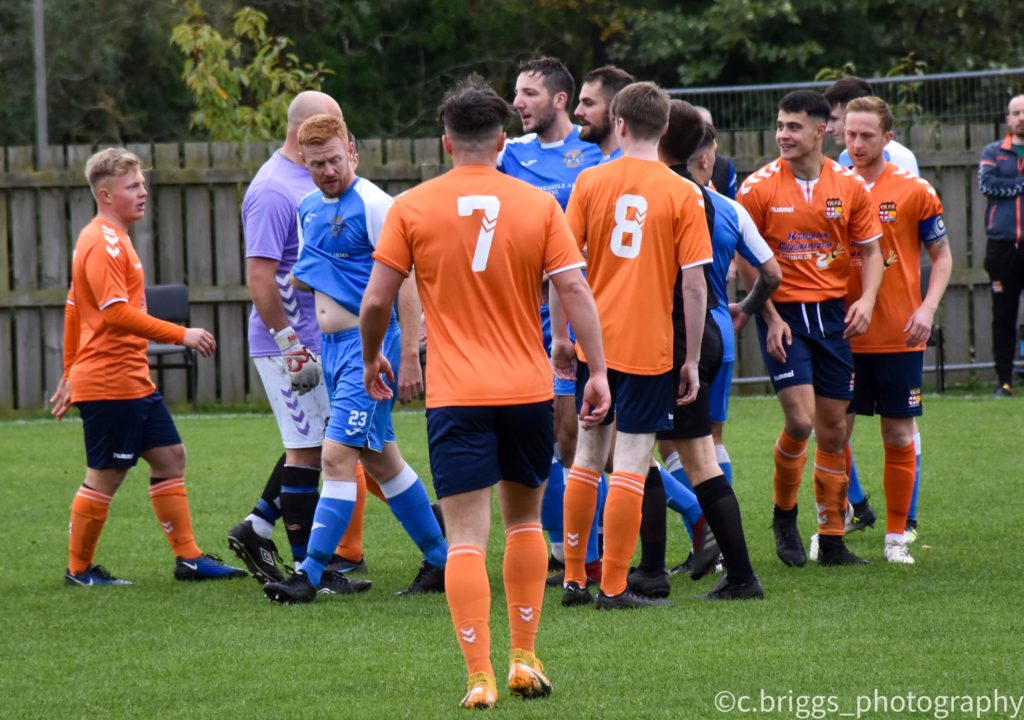 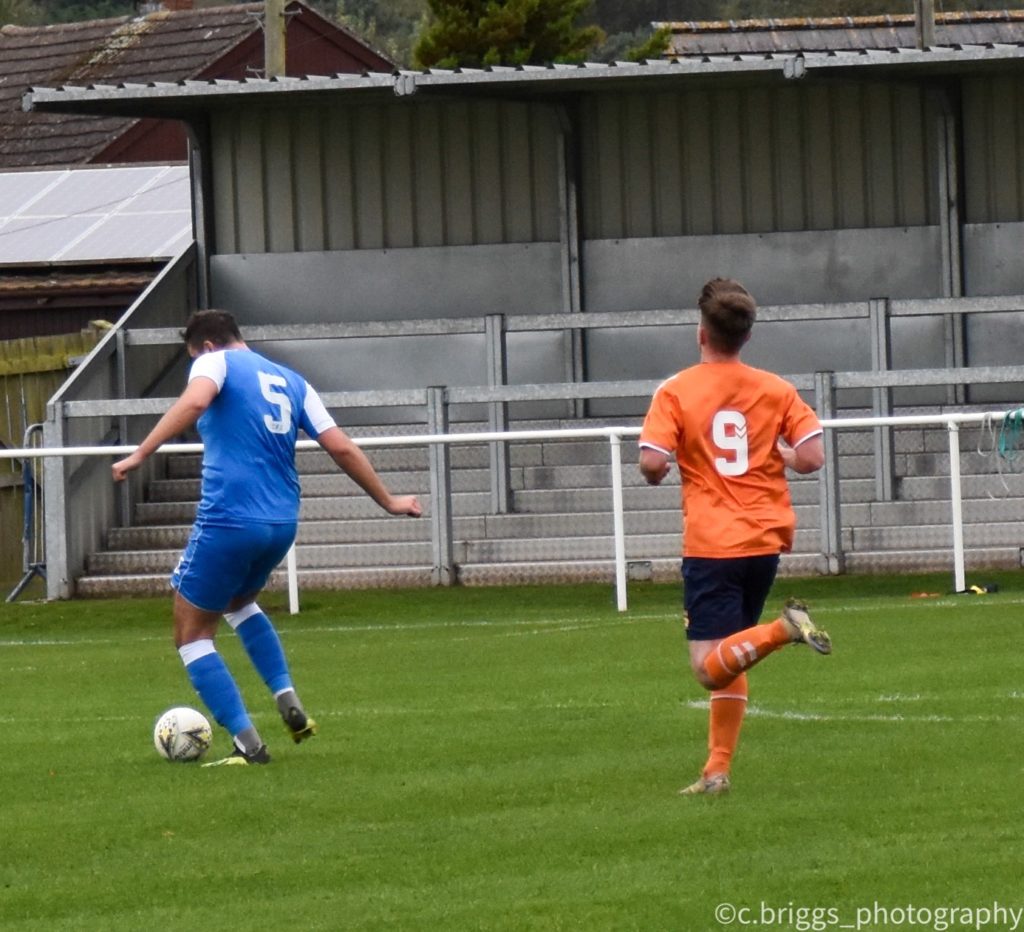 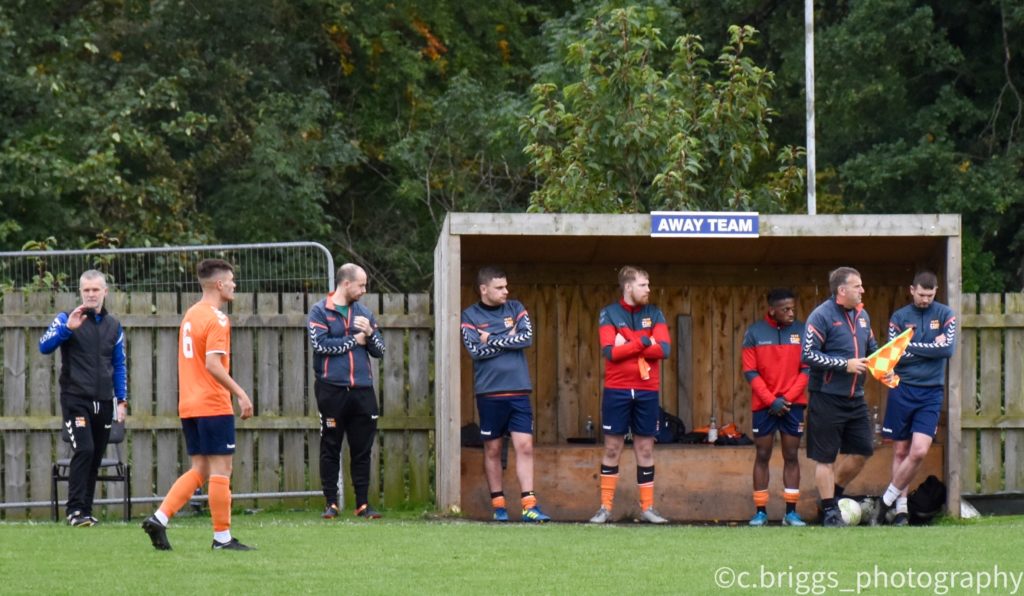 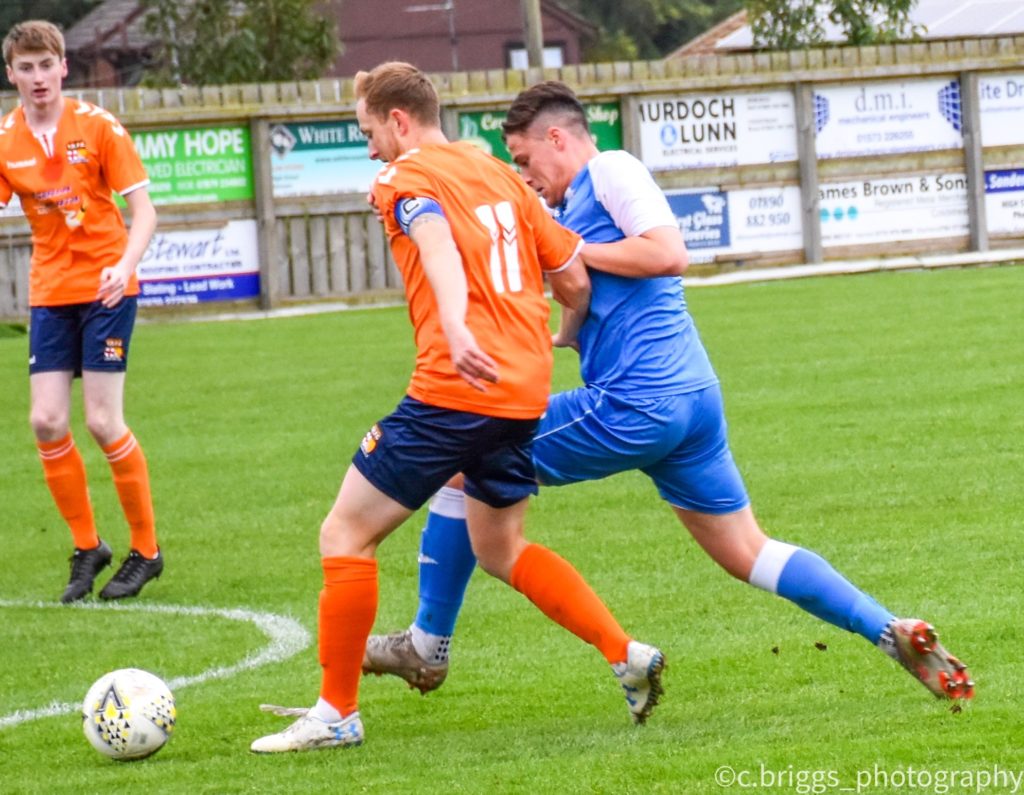 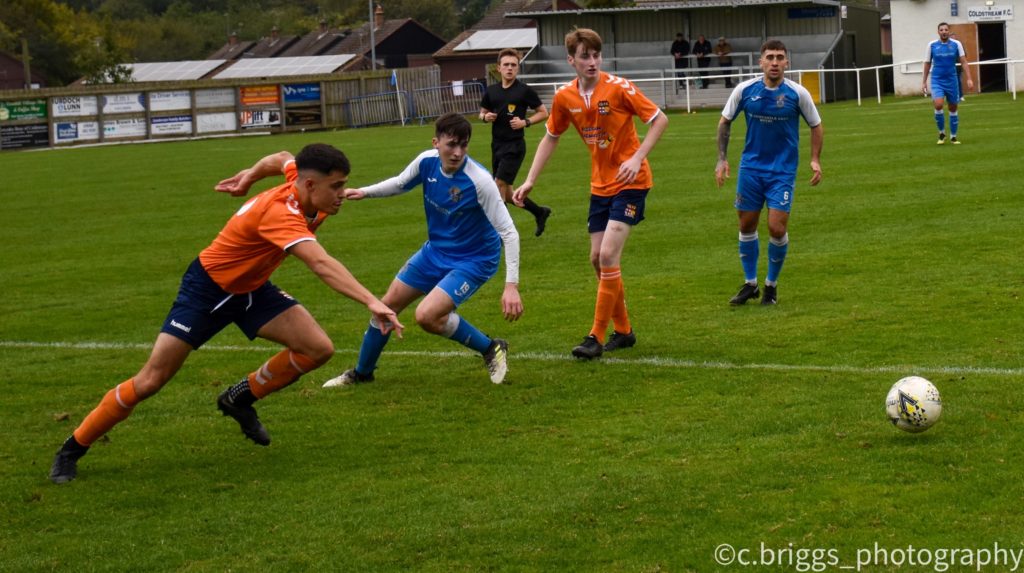 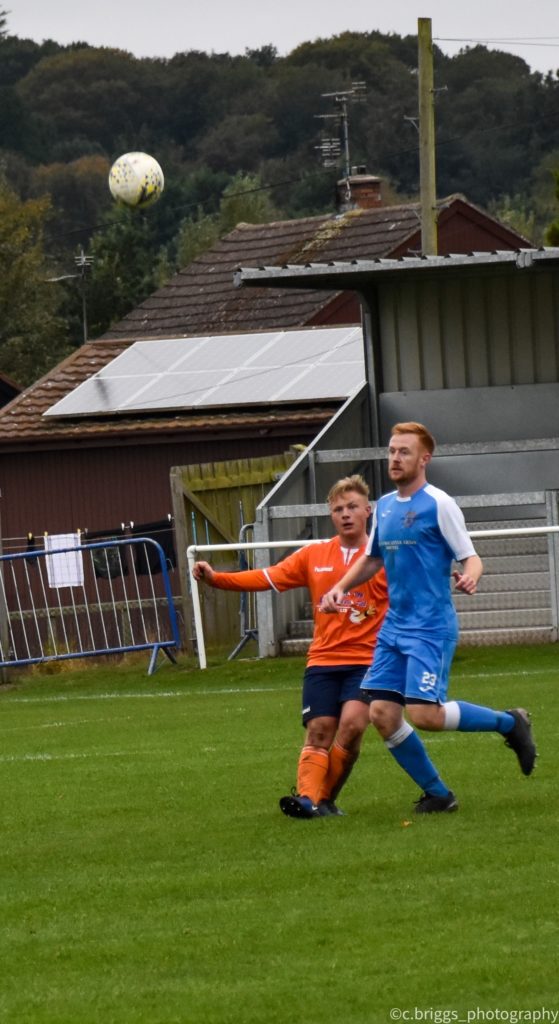 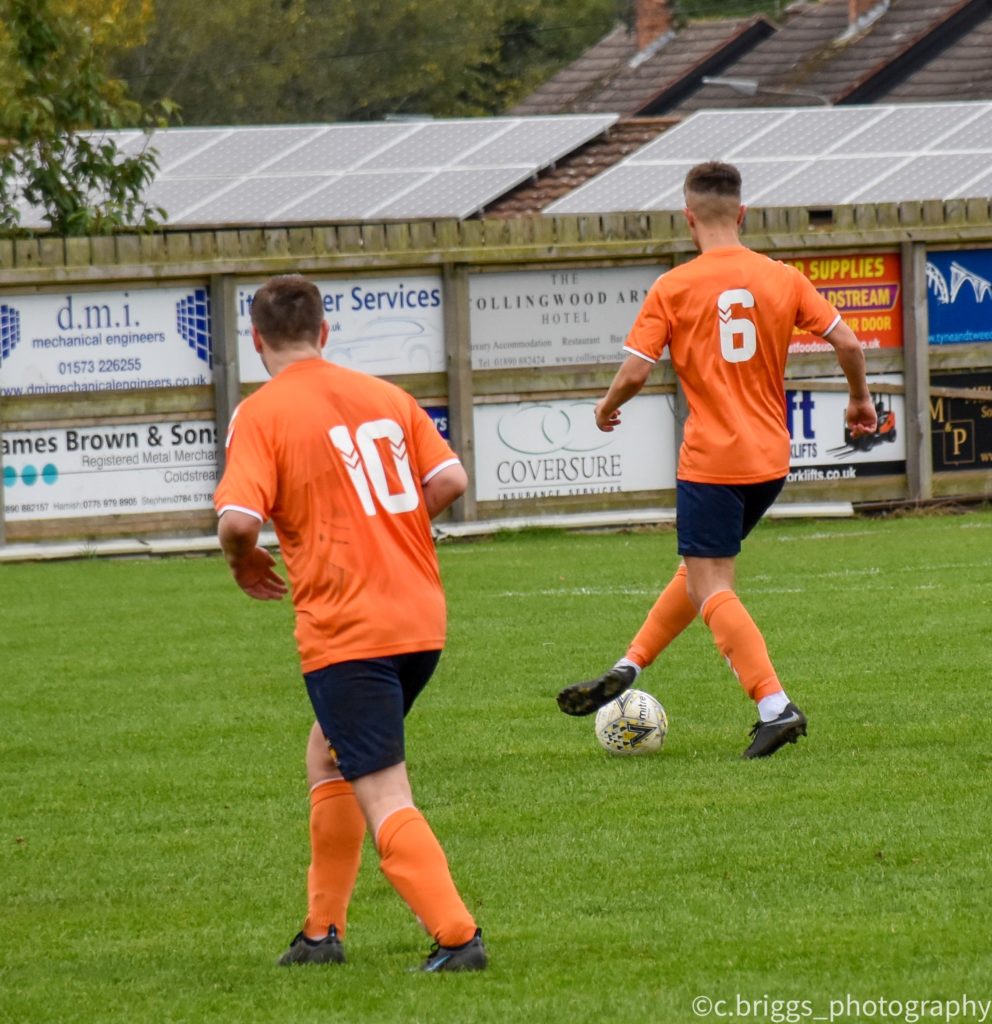 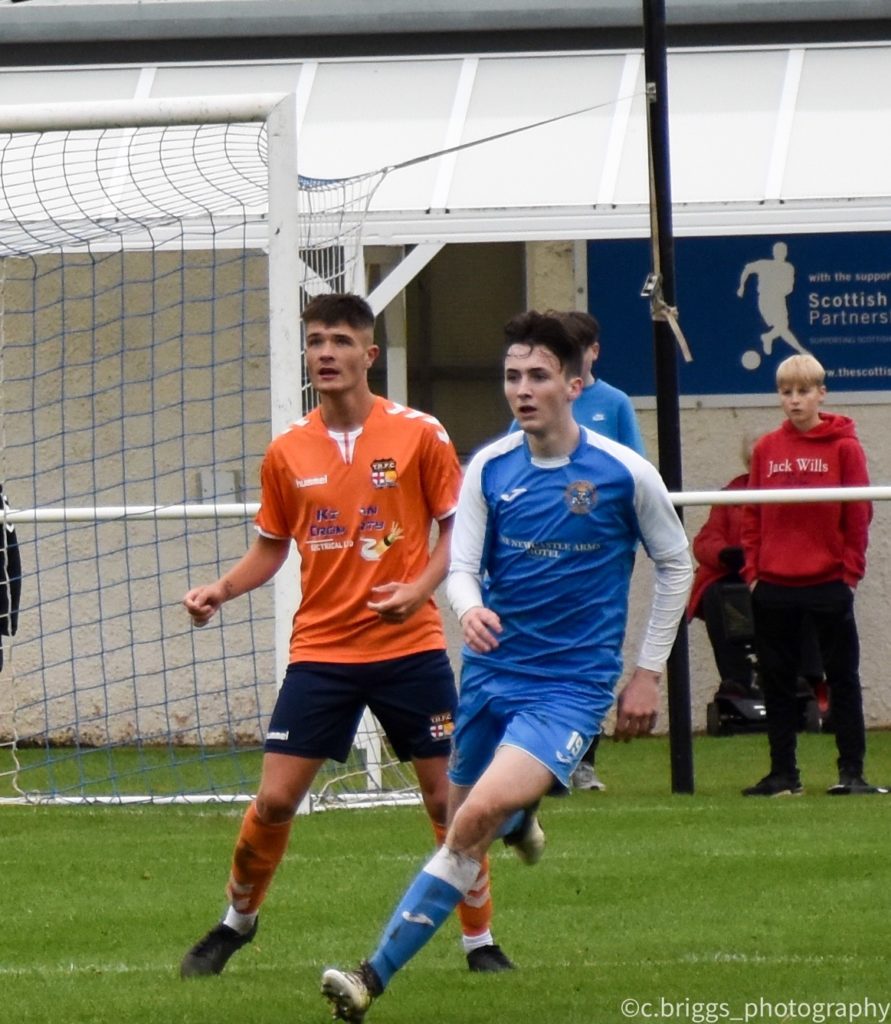