Despite a failure to take their chances, Tweedmouth were unfortunate not to come away from Fife with a point from this meeting of two well matched teams. In truth, Hibs were almost as profligate except in the 39th minute. With the ball stuck inside the visitors’ box, the pacey John Soutar, who had switched from left to right wing midway through the half, seized his chance to stab the ball into the net for the only goal of the game.

More serious was the loss of Jay Baverstock ten minutes earlier. Away from the point of play, Rangers’ no. 2 went down in obvious pain after twisting his ankle on the heavy Memorial Park surface. After the game, he left for home on crutches.

As in the previous week’s game v. Kirkcaldy and Dysart, Tweedmouth began playing in the direction the flags were blowing but again were unable to take full advantage of this. Their best move of the opening half came minutes before Hibs scored. Craig Heath, whose strong performance at the back alongside Evan Smith was matched by defensive linchpin Andrew Adam for Hibs, put a great ball through to Regan Graham but final recipient Craig Bell was offside.

Tweedmouth keeper Tom Angus reacted quickly to make a one handed save from home skipper Garry Thomson and in the 20th minute, also stopped the same player scoring with a short overhead kick. On the deck, home goalkeeper Callum Doran just managed to gather the ball at the second attempt when Smith played in Michael Robinson. Sandwiched between Doran and Ian Shanks, Graham had little choice but to chance a shot but the angle was too tight and the ball drifted beyond the post. In several other instances, poor decision making proved costly.

Thornton opened the new half with a barrage of corners. Having survived these, Rangers began to look the more accomplished side. The home defence was opened up to allow Craig Colquhoun to strike for goal at the far post but Doran got across just in time to stop the ball going over his line.

Hibs did have chances to increase their lead. Centre forward Joe Kinninmonth drove in from the right but, again with one hand, Angus turned the ball away. Soutar teed up the ball for the well placed Jamie McNeish but he belted it way off target.

Six minutes from time, an equaliser was a real possibility when Jack Forster sent Baverstock’s replacement Jamie Heath goalbound but the whistle went for offside. Not everyone watching was convinced it was the correct decision.

Tweedmouth had one last chance. Sean Campbell was tumbled inside the ‘D’. Every man in green came back to protect Doran. Drew Cummings couldn’t get any lift on the free kick and it hit a defender and out to safety. 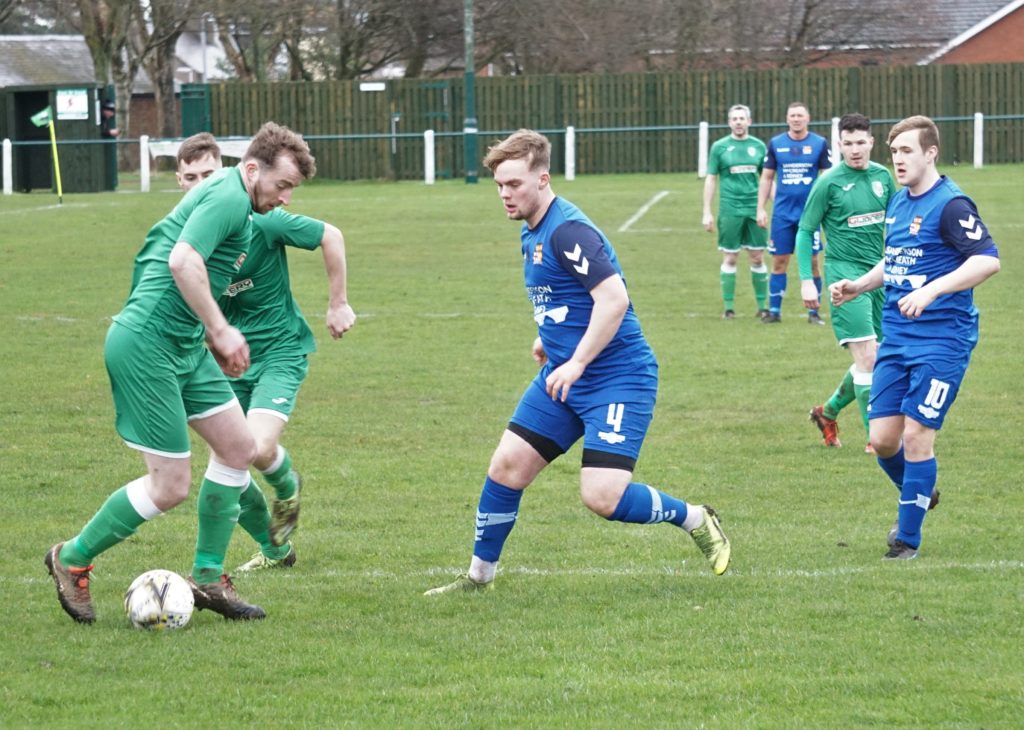 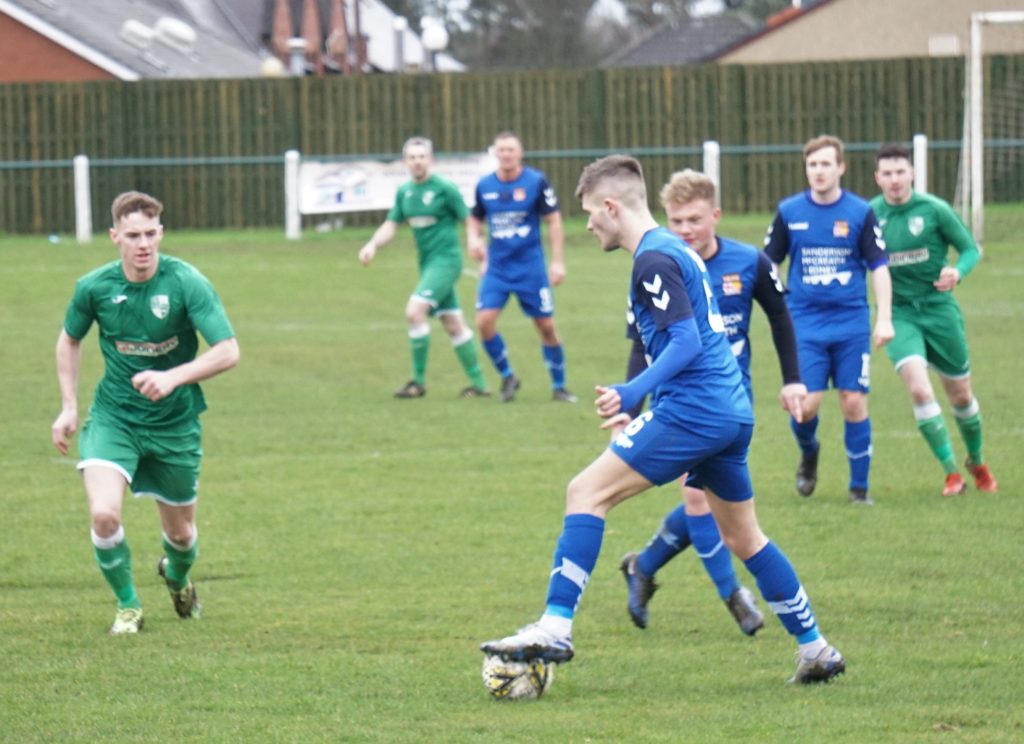 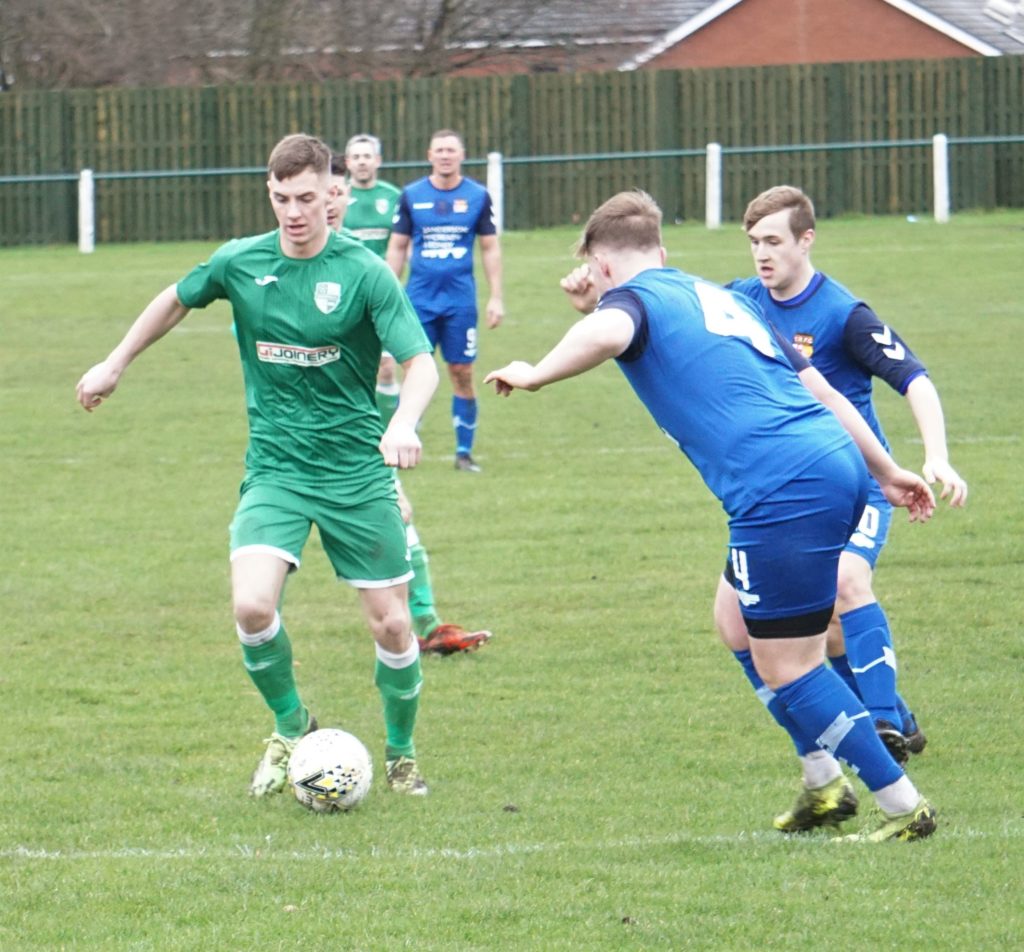 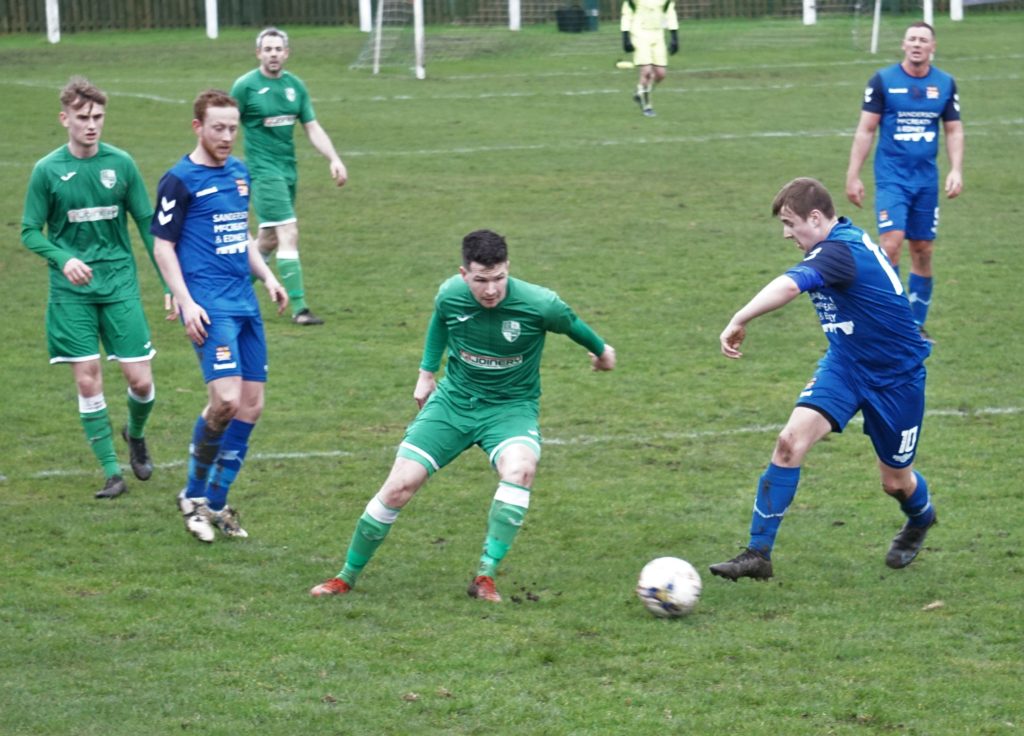 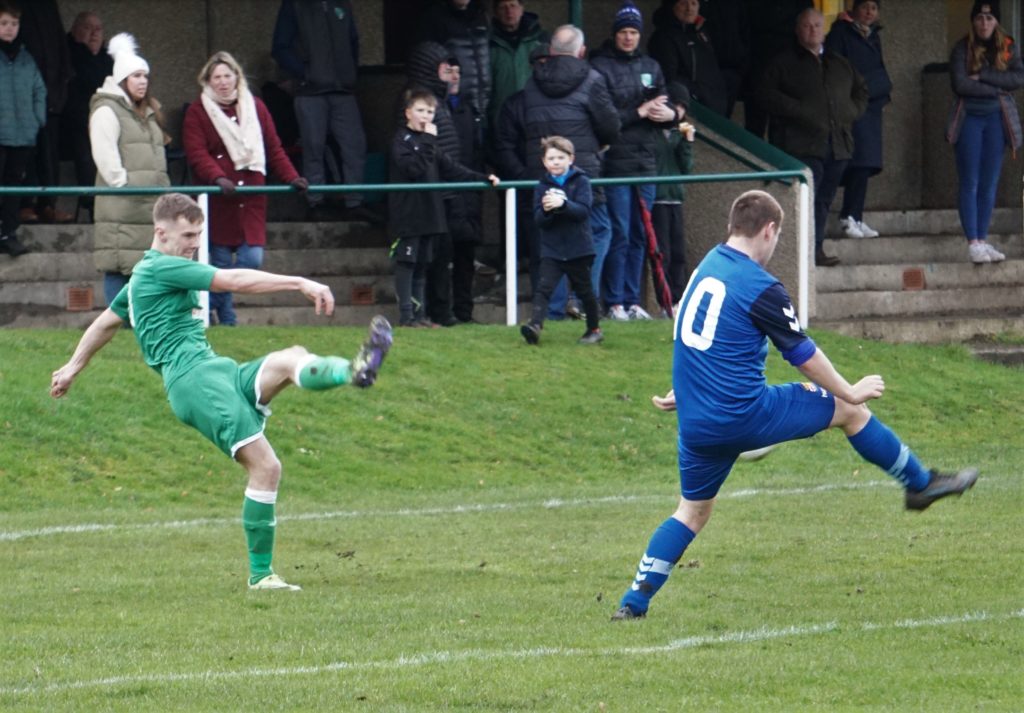 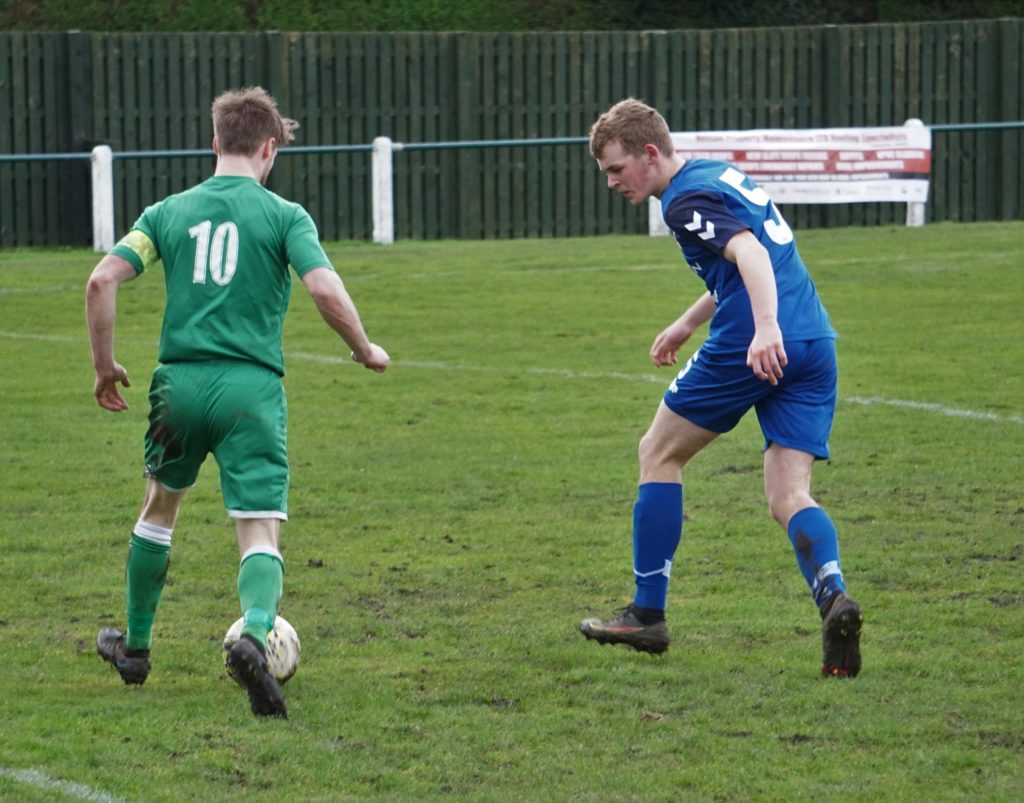 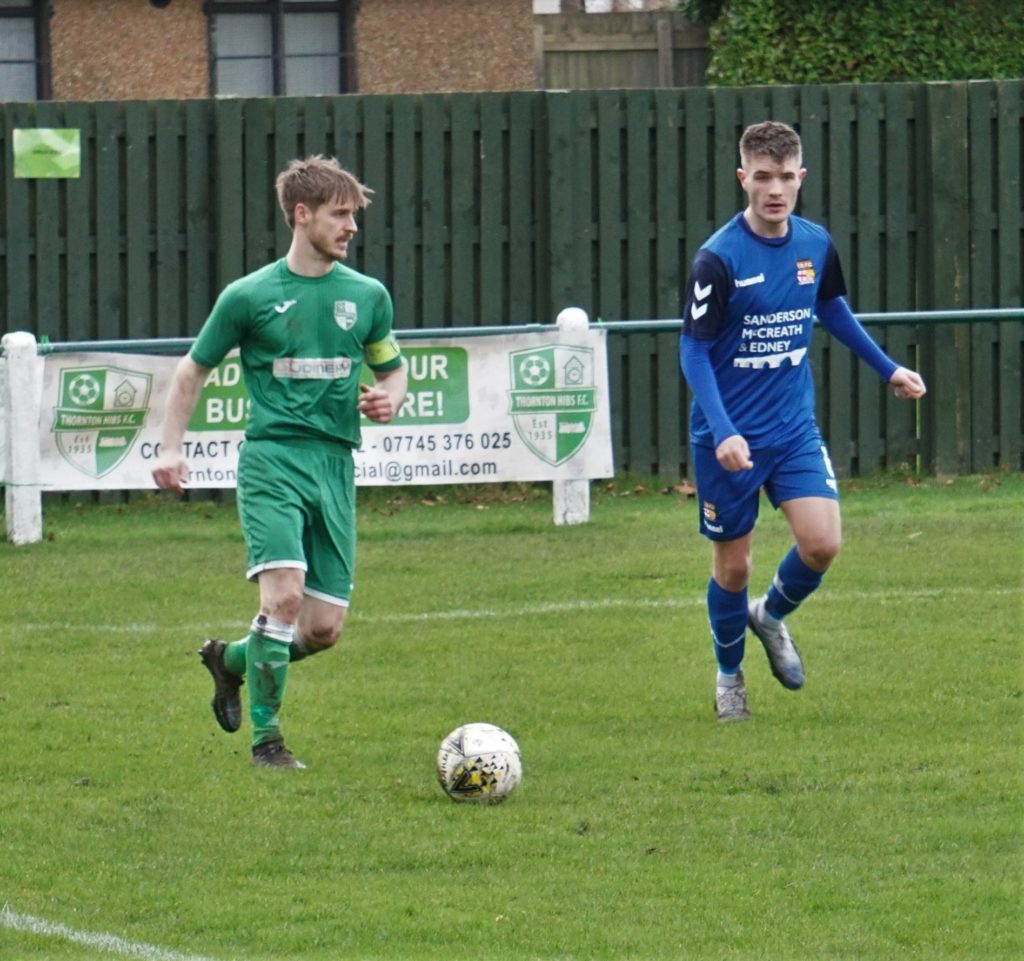 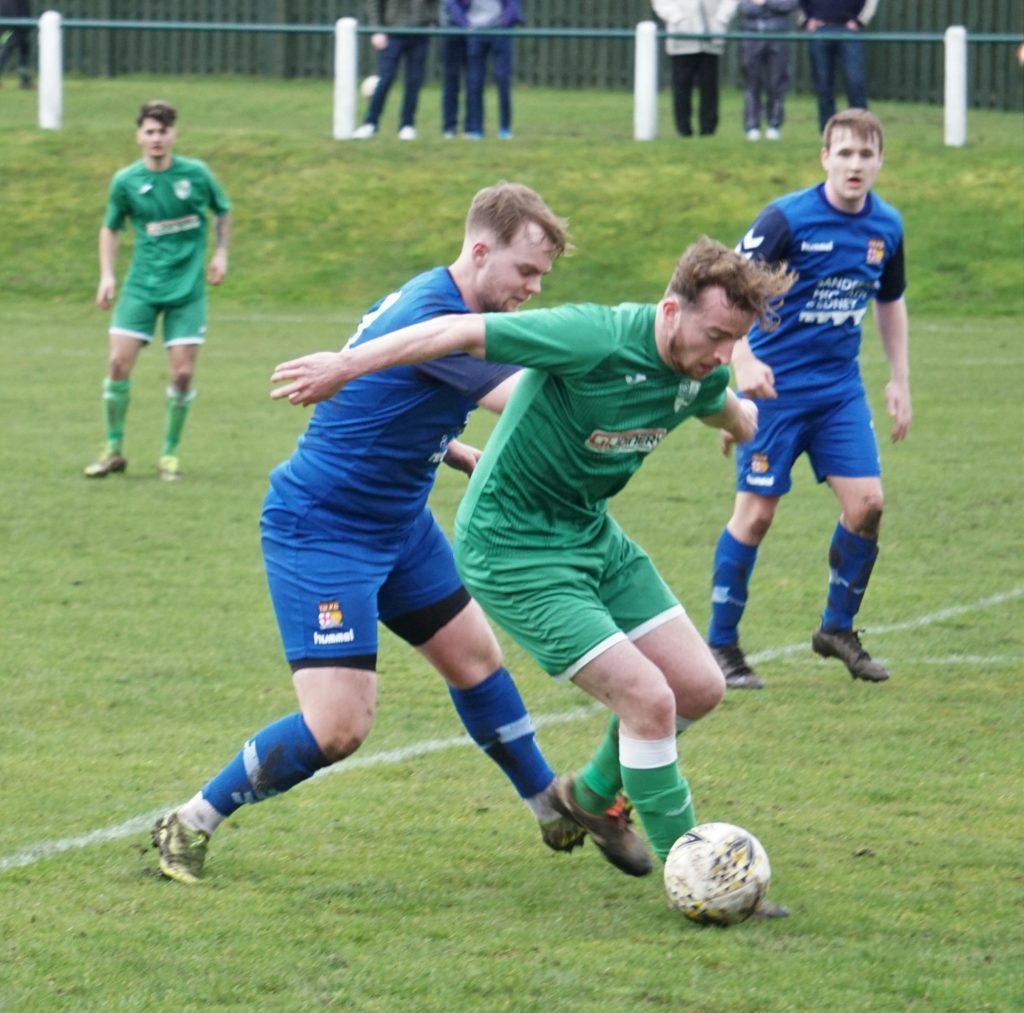