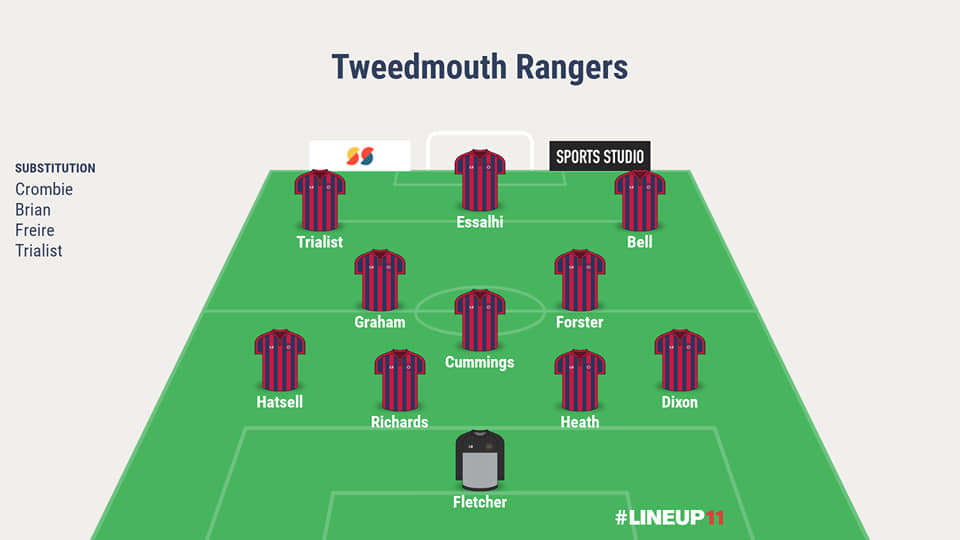 It looked ominous for Tweedmouth when Gabriele Auriemma scored with the first shot of the game after only a minute’s play. Yet, it was still 1-0 at half time and Haddington needed a 53rd minute penalty to double their lead during a half hour spell straddling the interval in which Tweedmouth were a match for the unbeaten leaders of the East of Scotland’s First Division ‘A’ Conference.
HiHi looked to build on their early success. Ross King’s menacing bouncer went wide and Michael Johnston struck the intersection after Auriemma cut inside from the right. Jack Forster’s decisive tackle on Ryan Hutchison broke the momentum of another attack ahead of Johnston firing over the bar.
Around the half hour, Rangers’ first corner was the cue for them to come into the game. Dale Cornet suddenly found himself busy, first saving a powerful shot from Tweedmouth’s trialist and then using one hand to turn away Yassine Essalhi’s effort after the Moroccan shrugged off a couple of defenders to get in his shot.
Referee Clyde Buchan pointed to the spot when the trialist, trying to help out in defence, unceremoniously charged at King away from goal but still inside the penalty area. Gordon Harris duly converted but in open play, with the outstanding Craig Heath leading the way, the visitors’ tight marking was forcing Haddington to attempt longer shots.
Downfield, Cornet punched clear a Drew Cummings’ corner. Tweedmouth keeper Danny Fletcher then took centre stage with a series of saves. The most unlikely, down to perfect positioning, was from Anes Subasic who had the ball in the net in the first half from an offside position but now looked a cert to score after Rangers’ defence paused expecting another offside decision.
As in the opening half, on one occasion, Athletic also hit the metalwork.
Eight minutes from time, Fletcher was beaten by Auriemma’s low angled shot. Though Tweedmouth had another couple of chances with Craig Bell pushing Cummings’ free kick wide of the post and then seeing another shot deflected for a corner, pacy Haddington countered with Auriemma cashing in on another ball from the left to complete his hat trick as the final whistle approached.
Pictures :
Courtesy of Garry Menzies, Haddington Athletic photographer 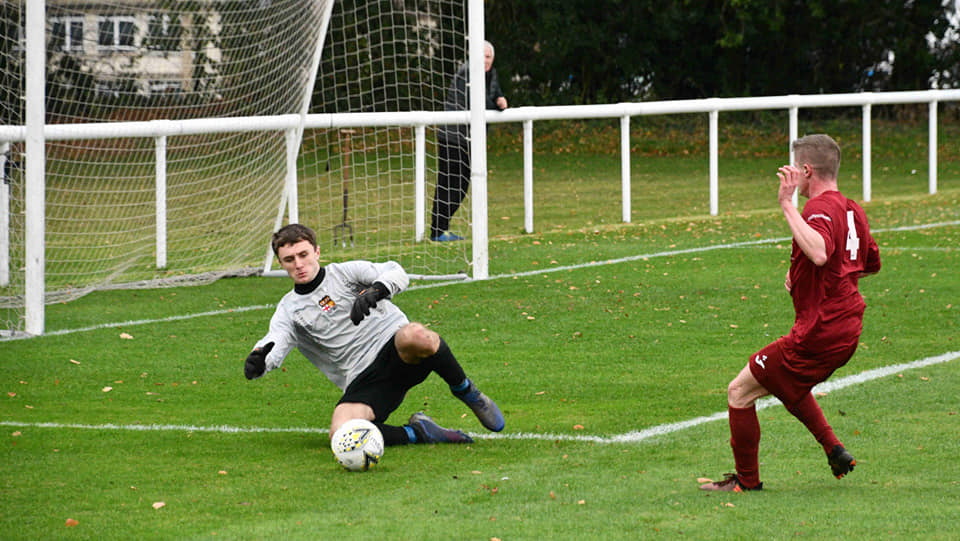 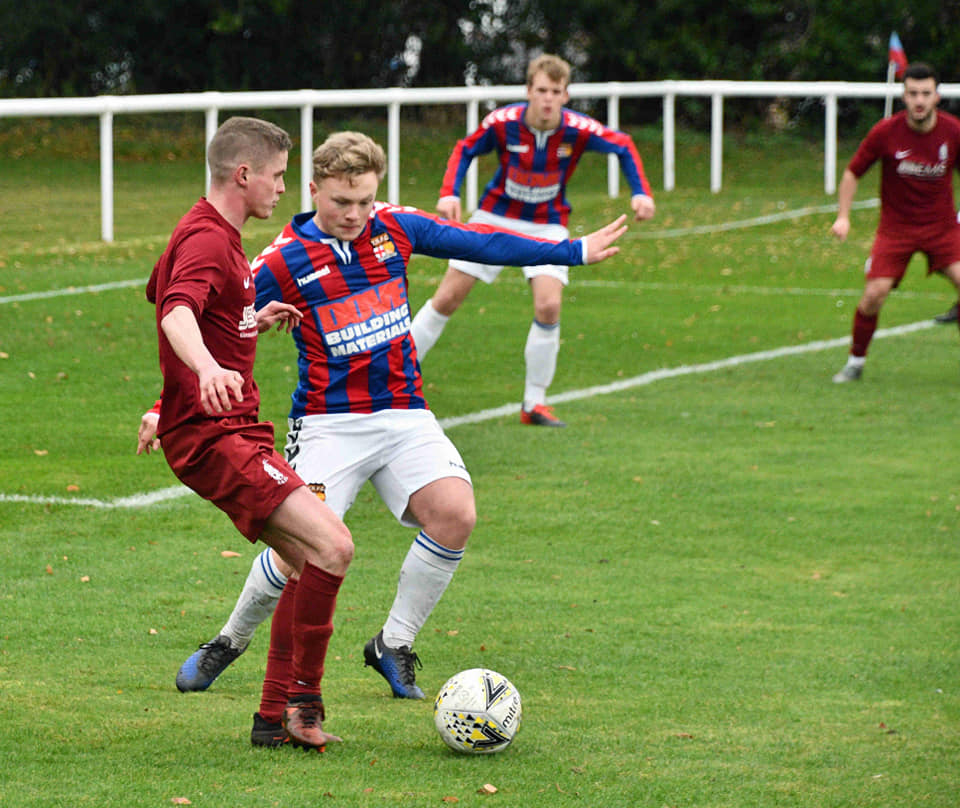 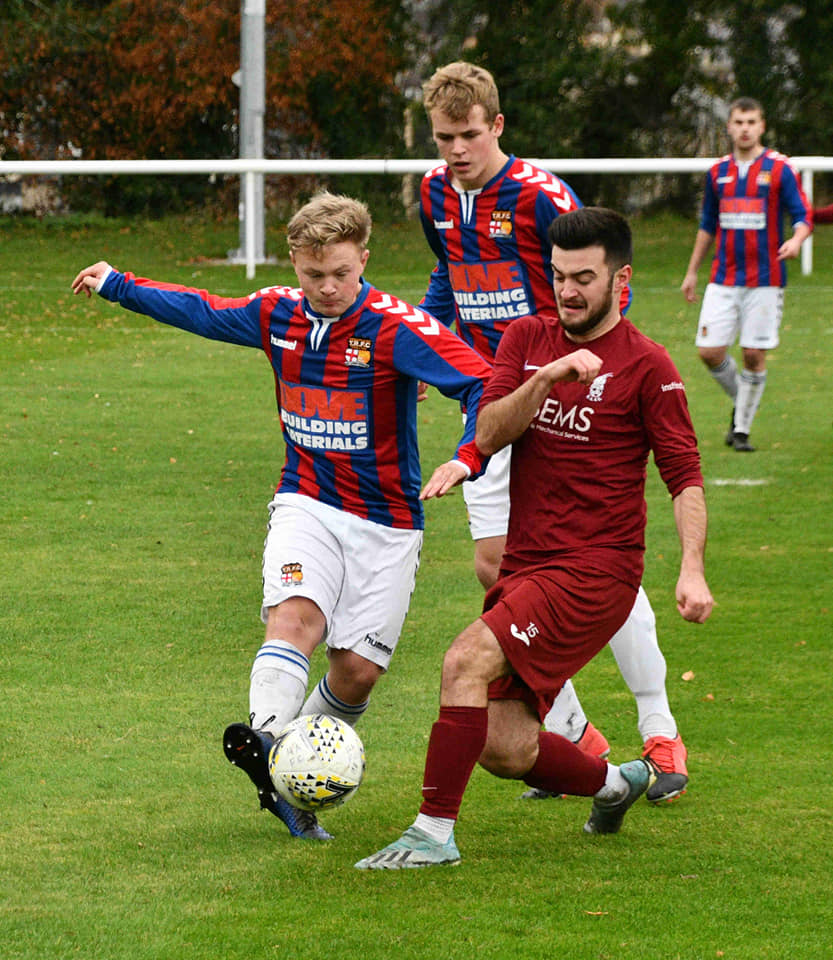 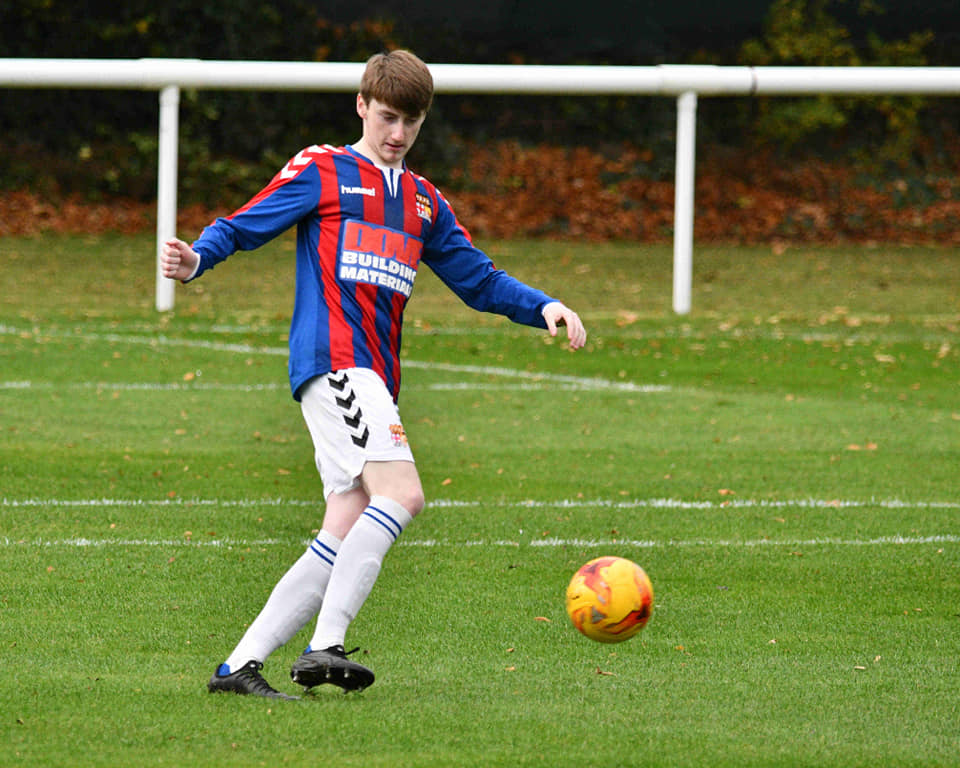