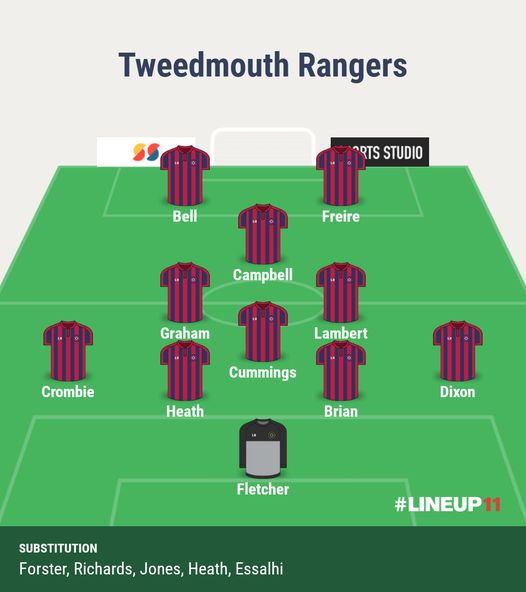 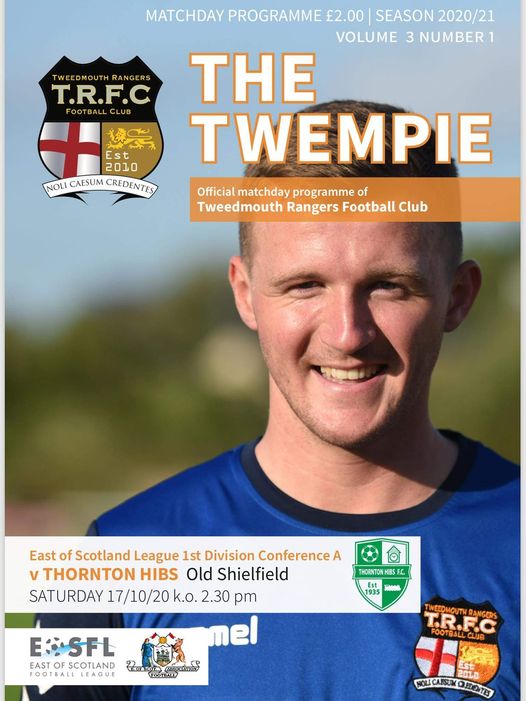 The final score may not suggest so but Tweedmouths young team gave a commendable performance against opponents who made it three wins out of three without conceding a goal as they begin life in the East of Scotland League. Thornton are one of seven former Fife Junior clubs to join the competition this season.
On Shielfield’s spacious pitch both teams stuck to their passing games which, despite the visitors’ obvious superiority, made for an entertaining match.
It was a dead heat between Hibs’ marksman Garry Thomson and home keeper Danny Fletcher for star of the match. Thornton recorded nineteen attempts on goal, eleven of them on target. The six which failed to produce the goods was largely because of Fletcher.
He made his first save when his team was already a goal behind, going low to block the ball when Jack Hoskisson seemed destined to score. Thornton took the lead on eight minutes. Fletcher was left exposed when Darren Ormiston crossed from the right for Thomson to finish. Thomson looked set for a second goal when he won the race for a long punt downfield but, with Fletcher drawn, could only watch as his shot ran a fraction outside the far post.
With Fletcher going on to twice save from Hibs’ biggest threat and Jamie McNeish chipping the ball over the bar after cutting in along the 18 yard line, Tweedmouth were a reasonable bet to turn round only one down until Craig Heath lost the ball in the middle of his own half. Thomson took full advantage of the ensuing two on one situation to score again. He secured his hat trick just before half time by anticipating Ormiston’s pass through a gaping hole in the home rearguard.
Rangers opened the new half with a four man move broken up by a Hibs’ header. They again confidently sprayed the ball across field before Craig Bell’s shot was stopped by what teammates believed was handball. Hibs’ quick counter had the home back men in trouble and Ormiston netted soon after the hour mark.
Marco Lambert’s pass put Niall Jones clear but his premature shot gave Jordan Millar an easy save. Fletcher then produced his most spectacular moment, rising to fist away Andrew Adam’s on target free kick.
His team created a couple of late chances, Jones and Jamie Heath involved ahead of Rhys Dixon lobbing the ball just over Millar’s bar from the edge of the area. Drew Cummings also fired over from 35 yards as again, the home team pressed in numbers. In between, Ross Hain flicked the ball on to Thomson to bring his personal contribution to four out of five.