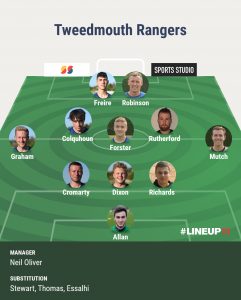 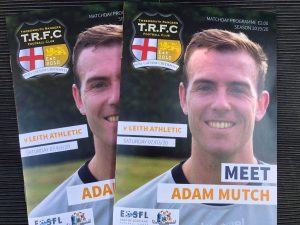 Tweedmouth bowed out of the East of Scotland League Cup as goals in the 40th, 60th and 81st minutes saw Leith through to a second round tie at Preston Athletic.
Tweedmouth’s line up showed several changes from the teams’ League meeting in Edinburgh a fortnight earlier. Adam Mutch made his first outfield appearance of the season whilst Jake Rutherford and Craig Colquhoun were on from the start.
With the wind and slope in their favour, Leith kept Tweedmouth inside their own half for most of the first 45 minutes but their first true shot at goal in open play didn’t come until the 19th minute when his boot and the wind took Steven Froude’s attempt well away from keeper Stuart Allan. Before that, the visitors racked up no fewer than seven corners. Allan punched one of them to safety, Leith unable to turn any of the others into anything tangible.
They were also out of luck when the home defence scrambled to block another Froude strike; when no player could connect with crosses from Froude and Ryan Day and when Rhys Dixon appeared on the line to head away what looked a certain goal.
Dan Garvey broke the deadlock when, in the clear, he turned to hit a ball passed from the left. A minute later, Allan made another good save to stop Day doubling the lead.
Tweedmouth opened the new half on the offensive. Colquhoun got a ball across the box towards Miguel Freire but it carried too much force for him to meet it. Still inside the penalty area, Jack Forster beat two men but again, Freire couldn’t make contact with his final pass.
Having endured this shaky start, Leith began to tighten their grip on the game, actually looking more confident in their passing going uphill. Brodie MacKenzie scored their second goal after a short goalmouth melee and, after already hitting the post in both halves, Froude finally got on the score sheet when quicker to react than the two defenders in front of him.
Rangers did have a couple of chances late in the game. Colquhoun and Freire teamed up for Regan Graham to aim low from 18 yards, the fast moving ball finishing inches outside the far post. Just after Allan saved at point blank range from Kyle Mitchell, Michael Robinson’s bid to convert Kieran Cromarty’s long free kick was blocked a few yards out. 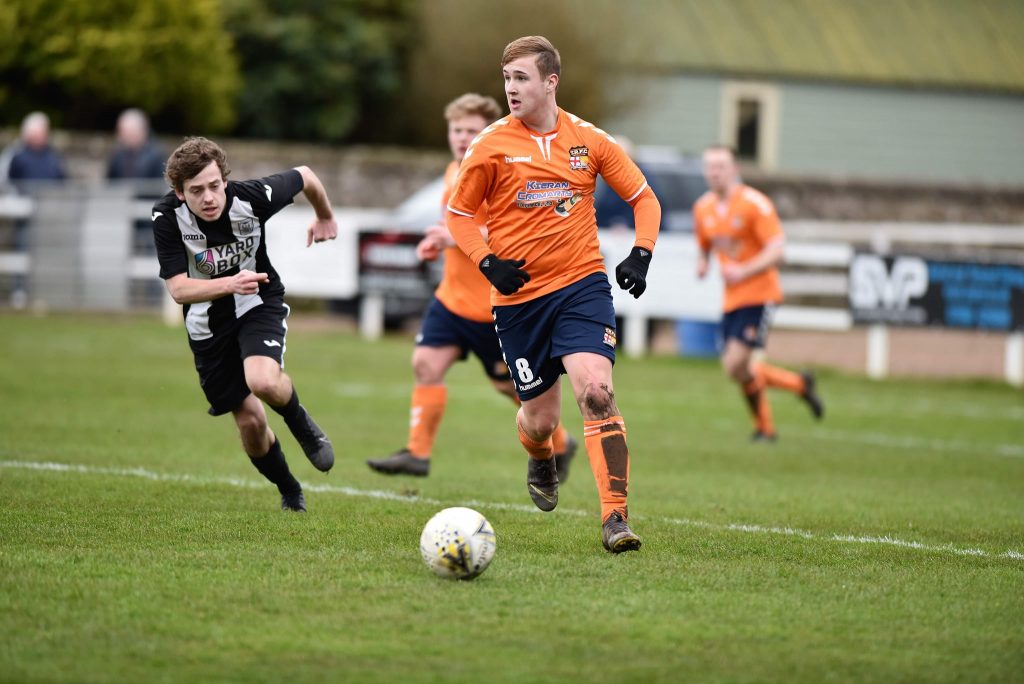 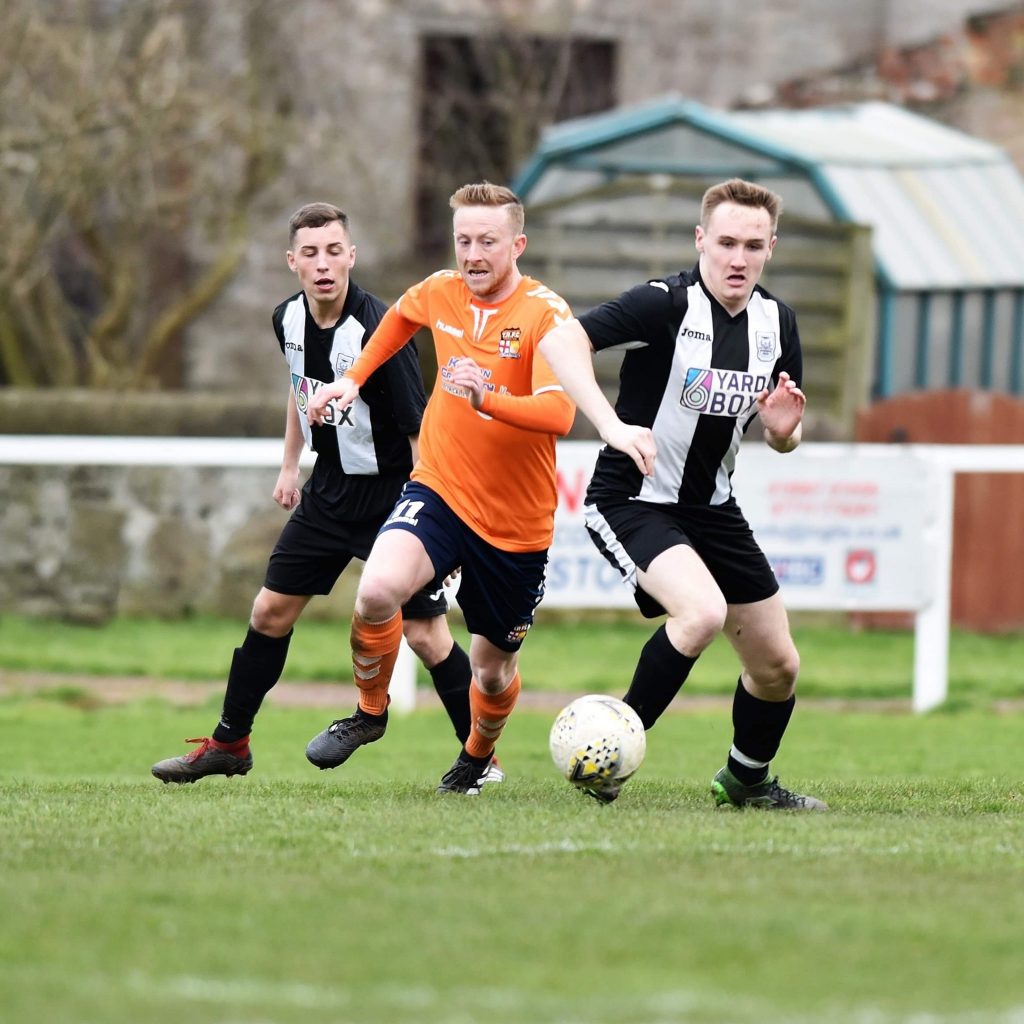 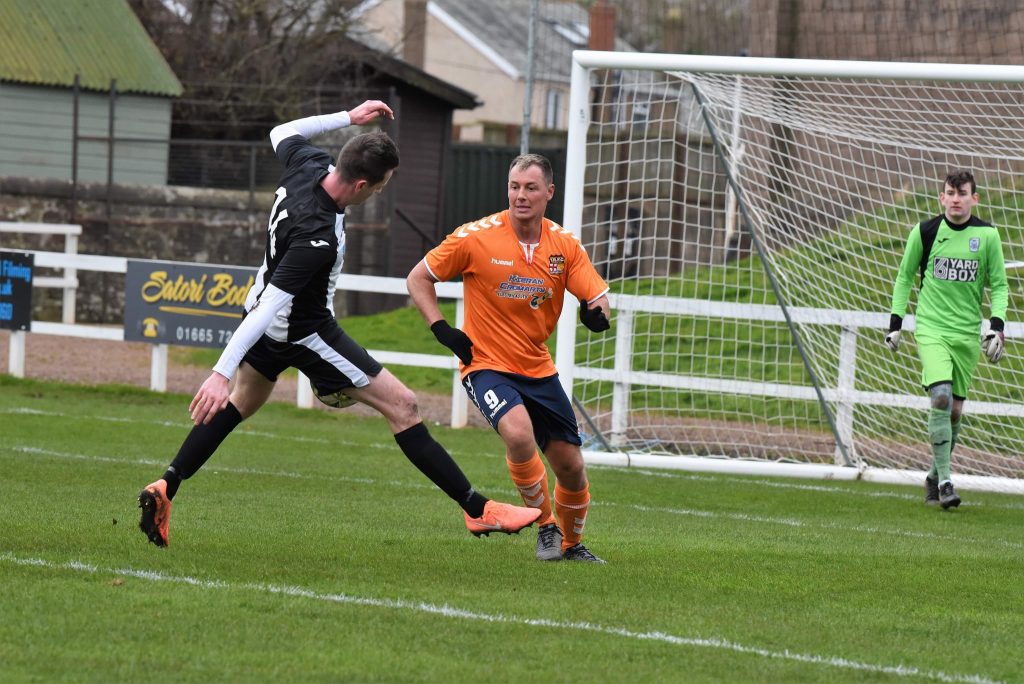 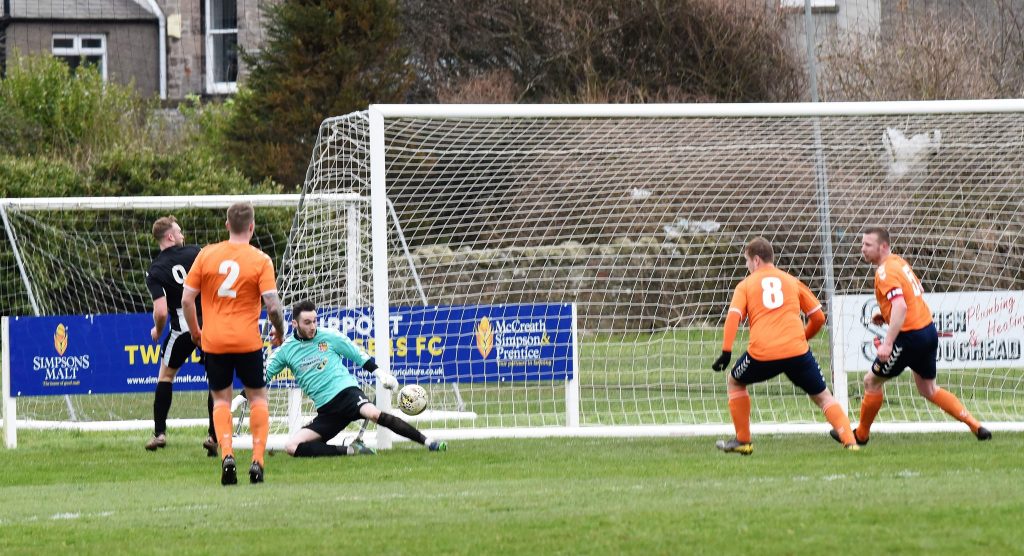 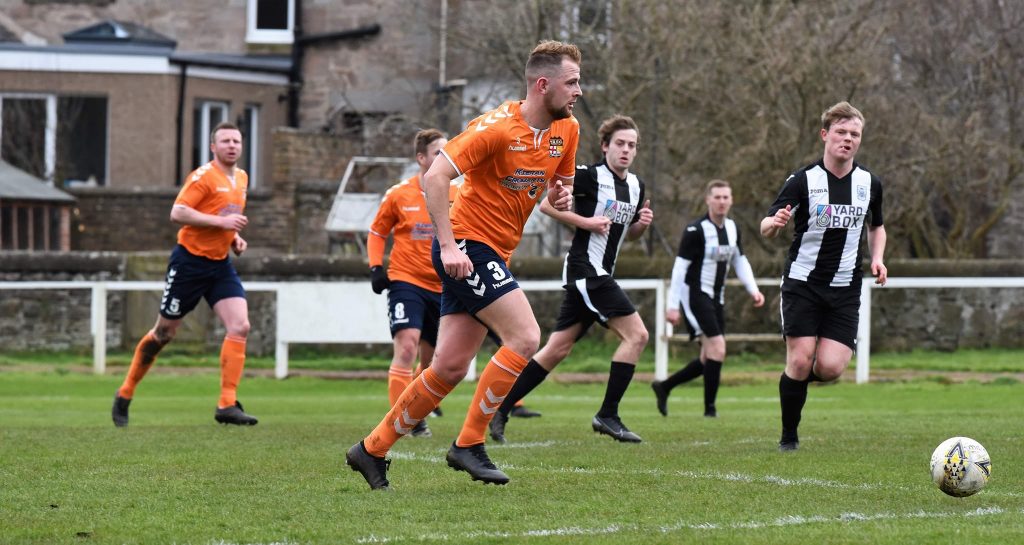 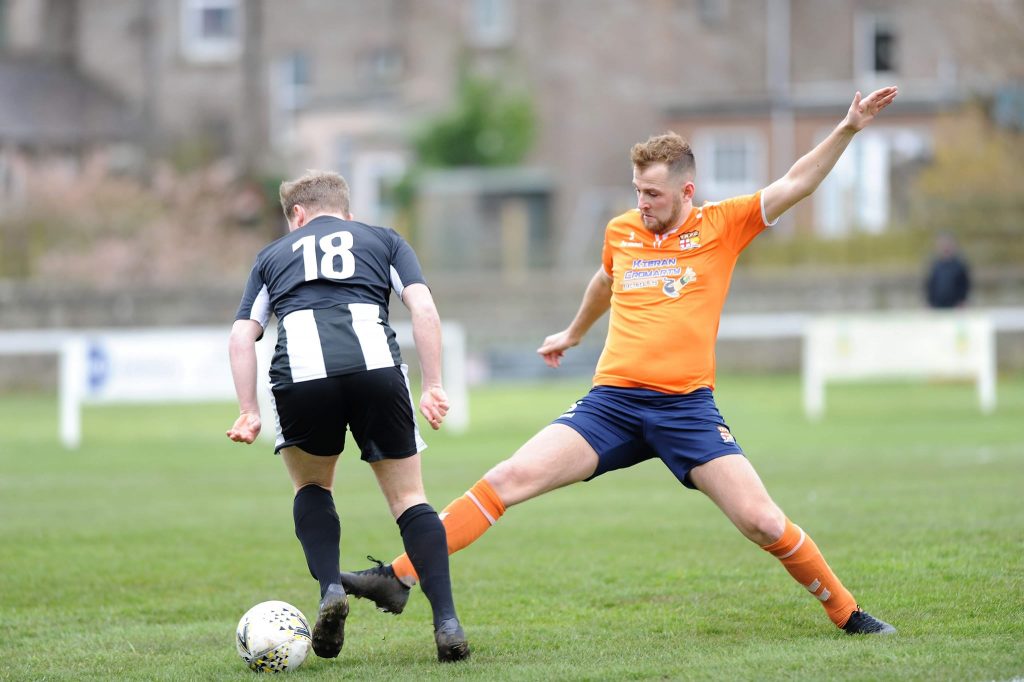 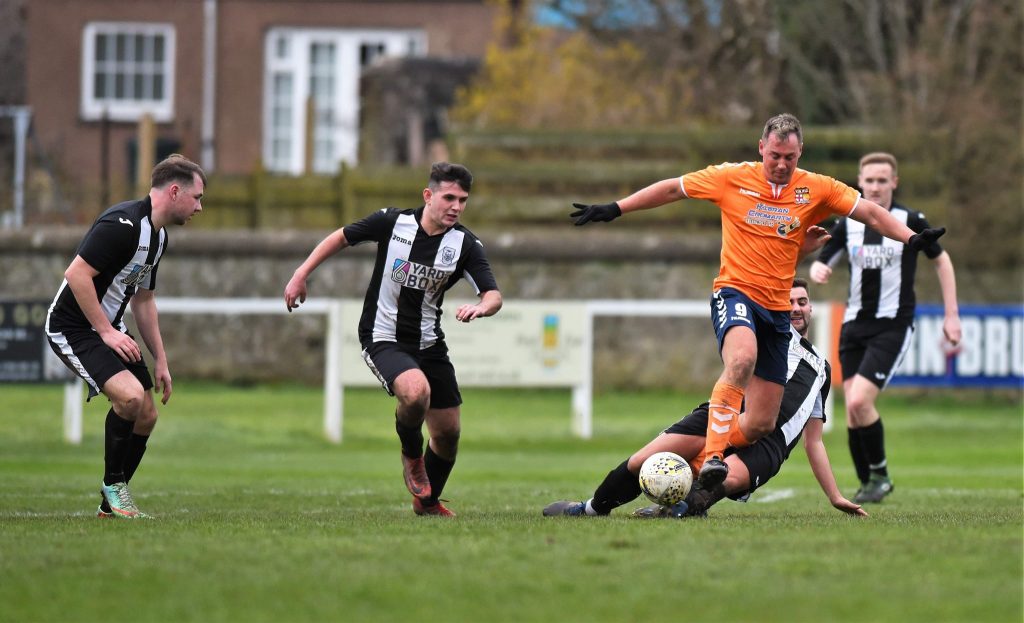 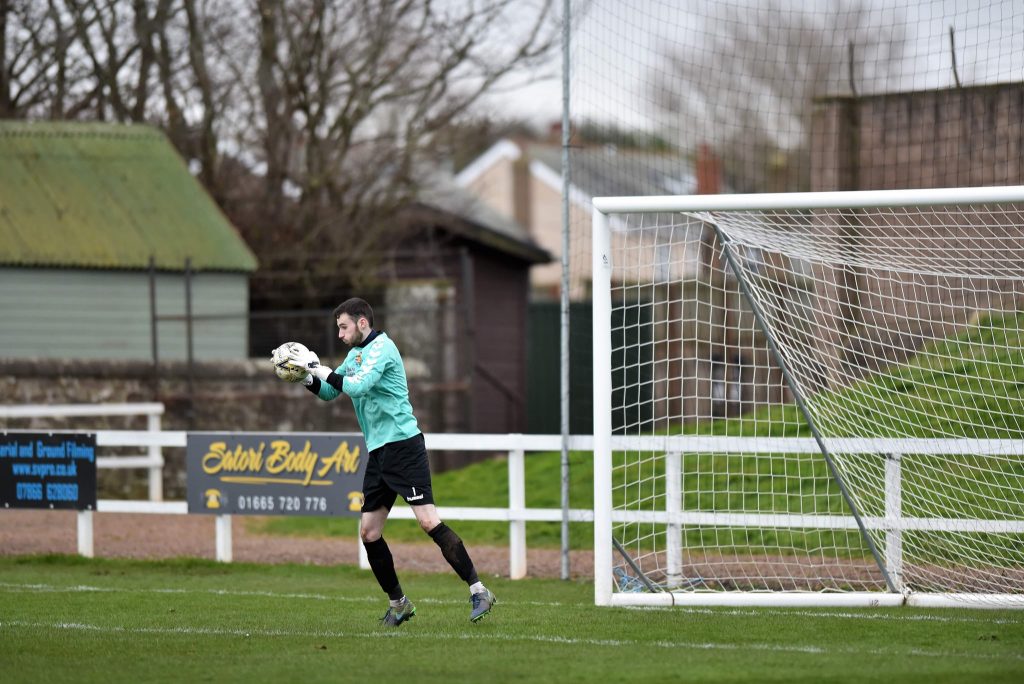 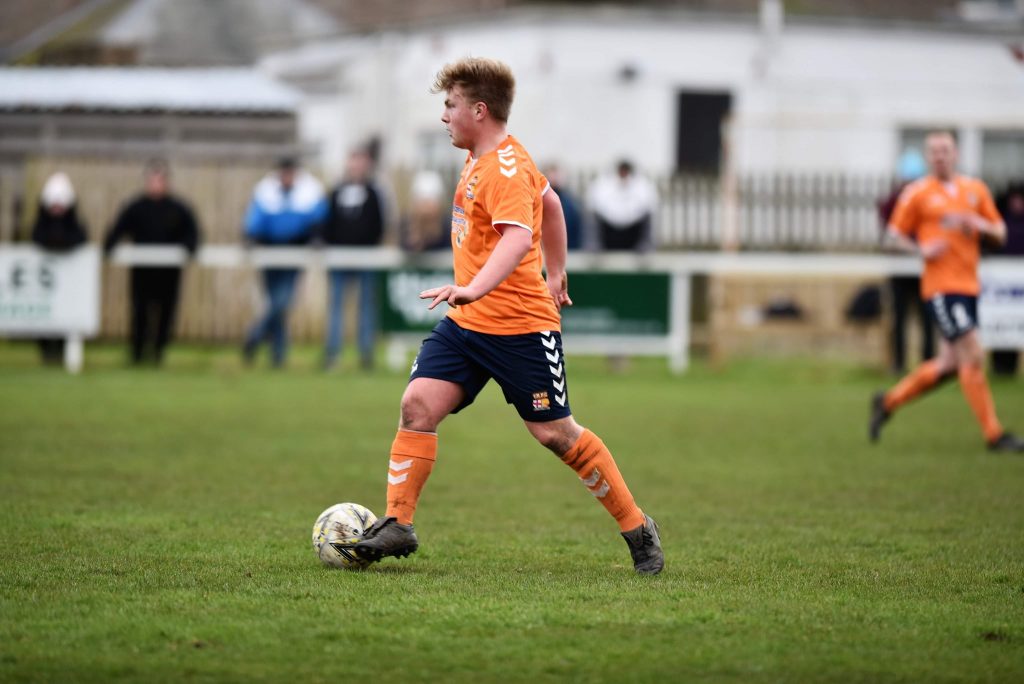 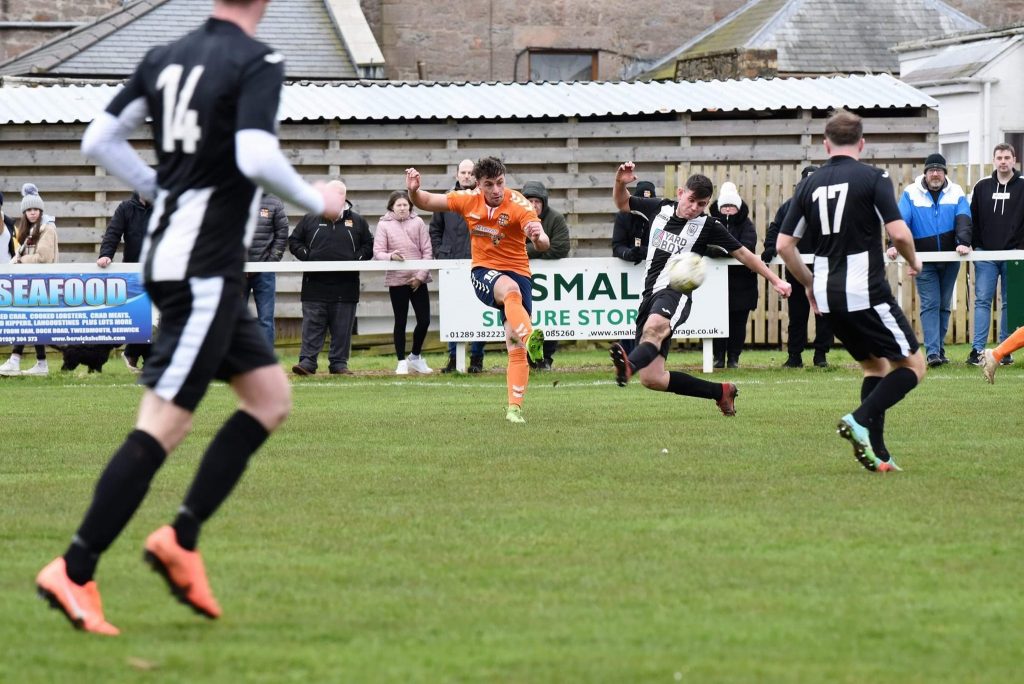