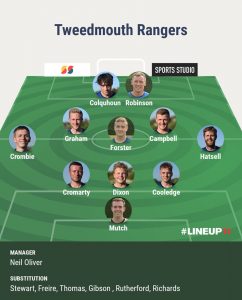 Three wins and three clean sheets in a row for Coldstream who brought their goal tally in two matches with Tweedmouth this season up to eleven with a convincing victory at Home Park.

Buster Briggs opened their account with a 7th minute penalty. Ciaran Hatsell bundled former Berwick Ranger Calum Helm to the ground though neither player looked likely to reach the ball as it came over from the right. Briggs then took on the defence on his own, stopped only by Rhys Dixon’s tackle inside the penalty area.

If the first goal was a touch fortuitous there was no question about the quality of the second in the 13th minute. Gary Windram made ground on the left before unleashing a terrific shot which shook the inside netting at the far post.

Tweedmouth won a rare corner exactly on the half hour after Jordan Crombie forged forward beating a couple of men on the way. Shots from a trio of away players at different stages of the half were well off the mark but two minutes from drinks, Briggs was even more profligate, spurning the gift of an open goal by launching the ball high over the bar after keeper Adam Mutch lost control of it.

There was still time for Owen Renton to break through into the box until robbed by Crombie who also confidently resisted the challenge of the nearby Briggs.

Coldstream eventually made it 3-0 just two minutes into the new half. Kris Dixon’s touchline free kick, awarded for handball, appeared to have bypassed everyone else and gone directly into the net but Briggs got a touch to help it on its way.

From closer in, the fourth goal, on 55 minutes, was definitely Dixon’s after Renton crossed from the right. Soon after, Kieran Cromarty’s header over his own bar prevented a further score when another ball, this one from Windram, evaded other defenders.

In the next phase of the game, Tweedmouth produced their two most potent shots of the afternoon. Darren McBay’s flying save diverted Craig Colquhoun’s away from goal whilst Michael Robinson was unfortunate to see his powerful drive come back off the post. To rub it in, Coldstream immediately broke forward and after an exchange of passes with Briggs, Renton was left to beat Mutch in a one on one.

McBay saved from Rangers’ sub Jake Rutherford whilst home replacement Shane Bonnington squandered an opportunity to score with his first touch of the ball after Briggs played it on to him.

Windram’s pace continued to trouble Tweedmouth and another couple of his deliveries ran tantalisingly close to goal. Nor could Max Fox, a member the home team’s big, solid back three, make it a half dozen, missing a decent chance after coming upfield to meet a Greg McCrudden free kick. 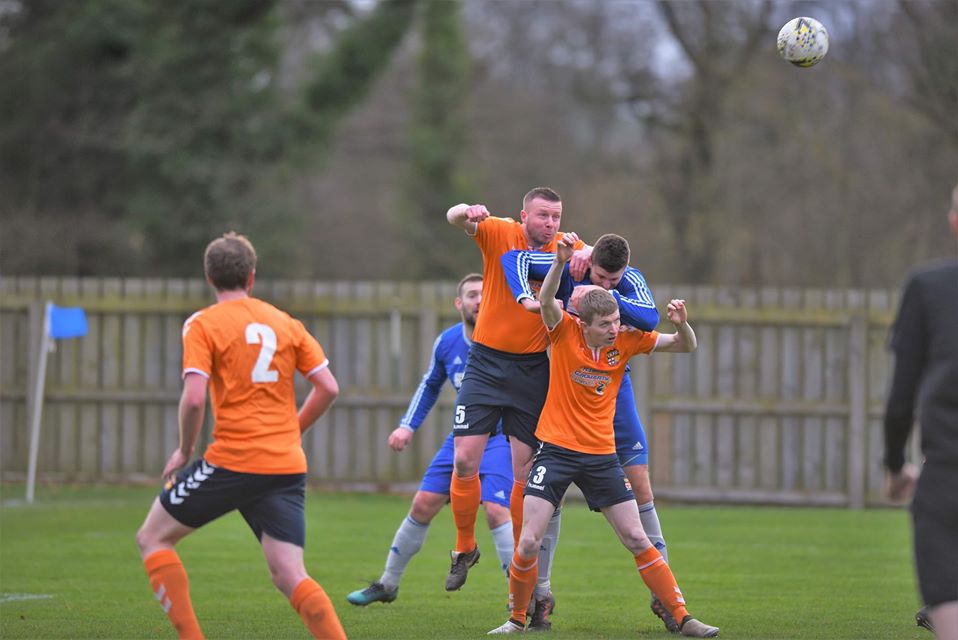 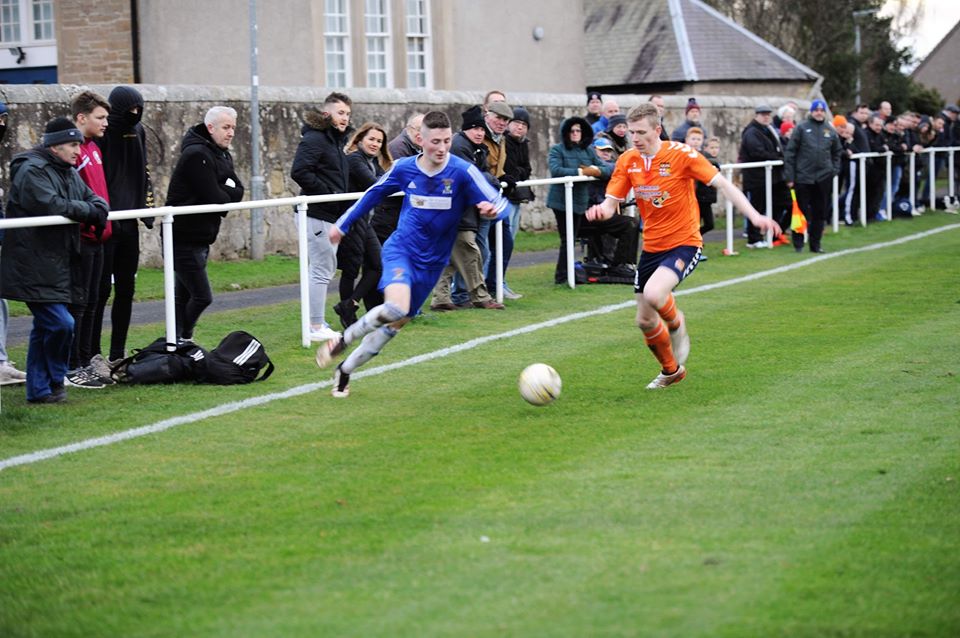 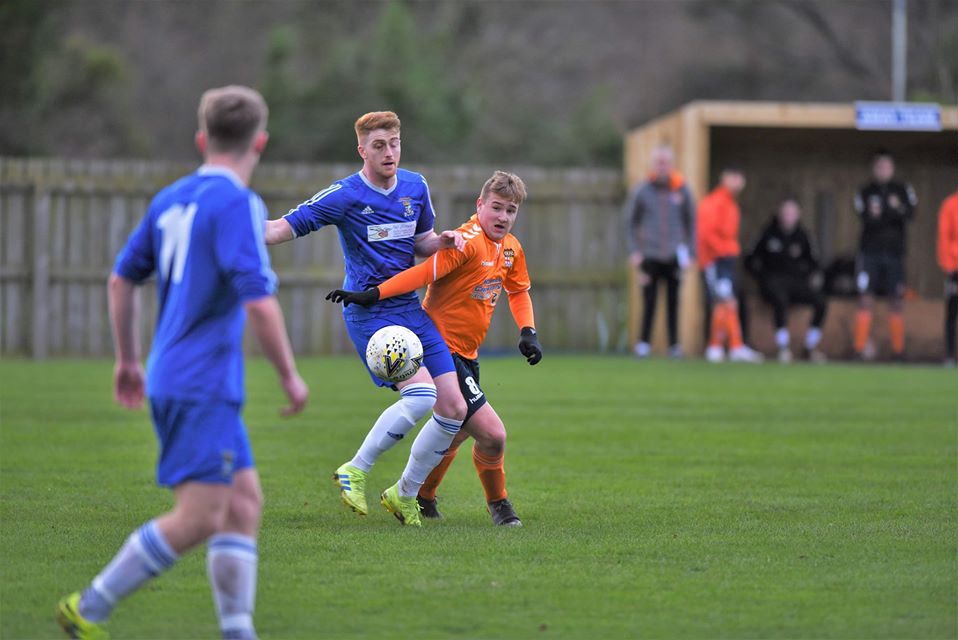 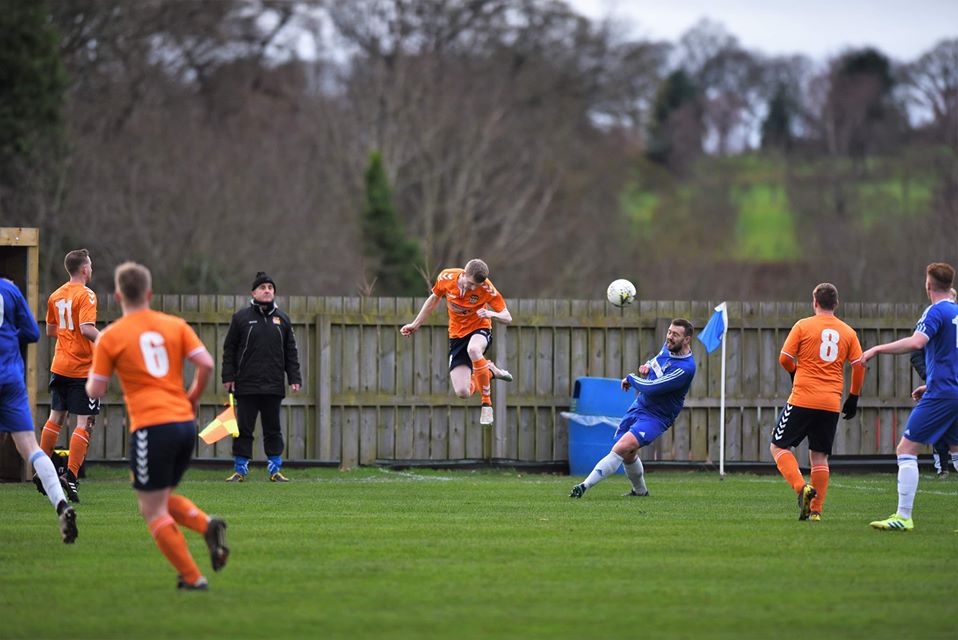