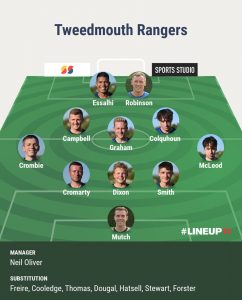 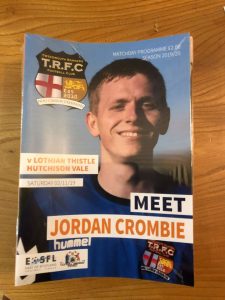 Spectators certainly got their money’s worth from a game in which the lead changed hands three times and the visitors’ captain was sent off with the score at 3-3 for his reaction to a throw in he claimed was wrongly given to the home team.

This season’s East of Scotland League programme includes cross-Conference fixtures between teams in its two 1st Division sections. This was Tweedmouth’s second such match after a 5-3 loss at Heriot Watt the previous week.

The opening period of the first half belonged to Tweedmouth but, from its mid point to the break, the Edinburgh team was on top, eventually overturning the hosts’ 2-0 lead to go in 3-2 up at half time.

Tweedmouth had created that lead with two goals of similar construction. After eight minutes, Craig Colquhoun lobbed a high ball from midfield towards Michael Robinson who in turn lobbed it beyond keeper David Livie into the net. A long punt from their own goalie Adam Mutch enabled Yassine Essalhi to perform a similar feat to bring his personal tally to four goals in two games following a hat trick the previous Saturday.

Having sneaked in behind the defence, Viola only just failed to reach Murray Hand’s cross. Mutch made a one-handed save from Doherty before Kieran Cromarty booted away another Hand cross for a corner. However, Rangers couldn’t hold out as, a minute from the whistle, Fletcher Hendry put his side in front with a low drive from the edge of the box.

Tweedmouth also had some lucky breaks in the second half and these, along with sterling defensive work from Evan Smith in particular, kept Thistle-Vale at bay until a piece of unintended generosity from the latter. With Essalhi pressing, Livie anticipated a back pass but Neil Smeaton hit it too hard and it travelled twenty yards into the corner of his own goal.

Firmly back in the game, for a third time, the Berwick team successfully exploited their opponents’ Achilles heel. Jordan Crombie hooked another Mutch kick on to Colquhoun. Another lob, another home goal but there would be no victory celebrations as a minute later, Sean Wringe scored from close range after the home defence laboured unsuccessfully to clear the ball from the danger zone on an increasingly muddy pitch. 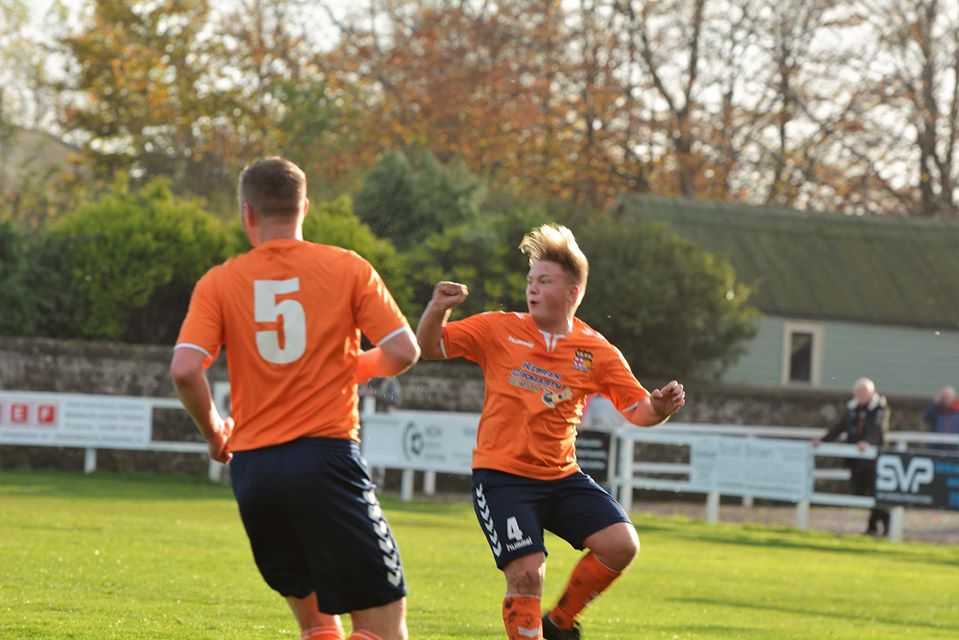 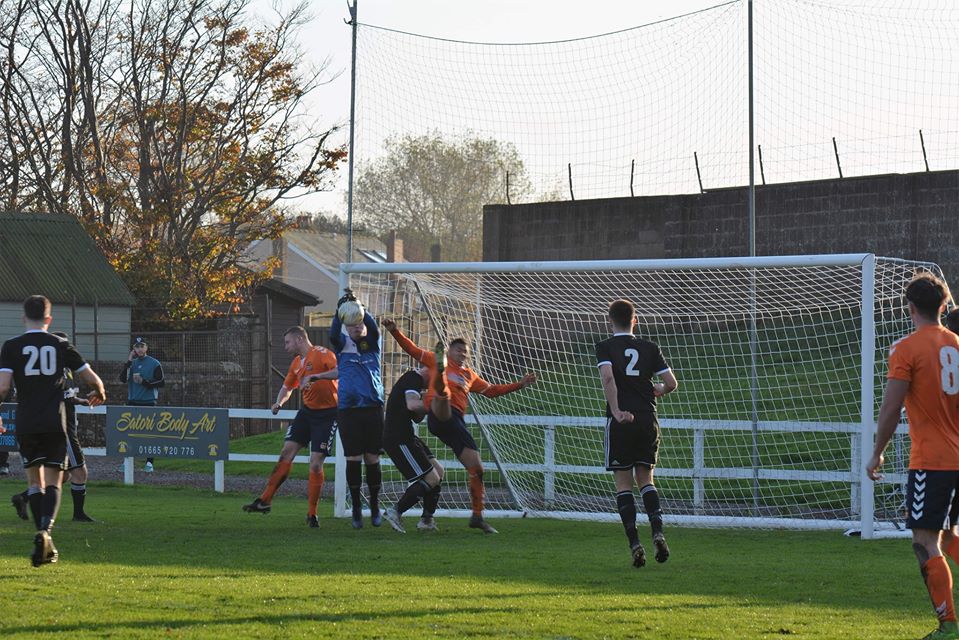 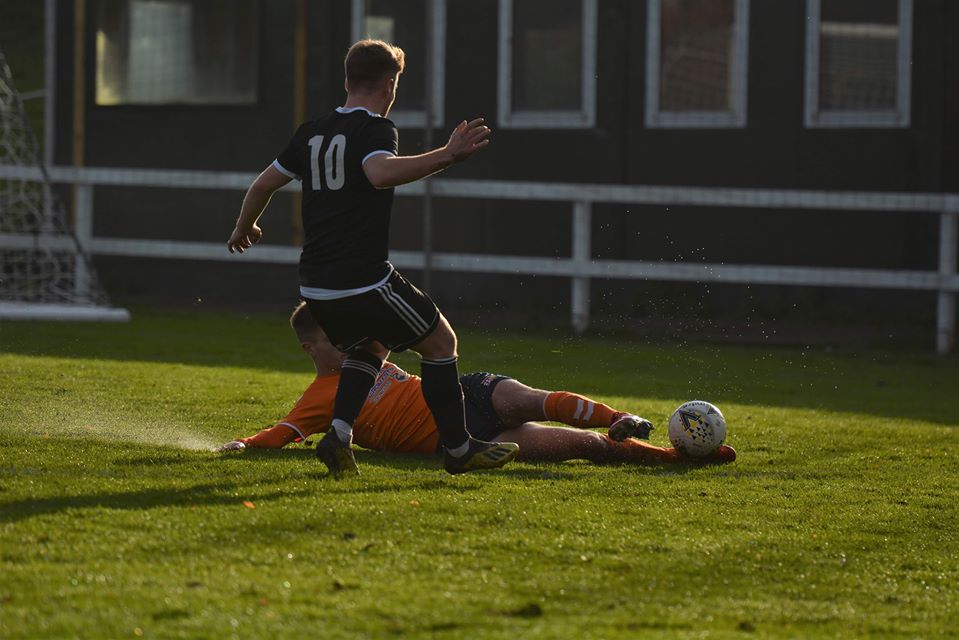 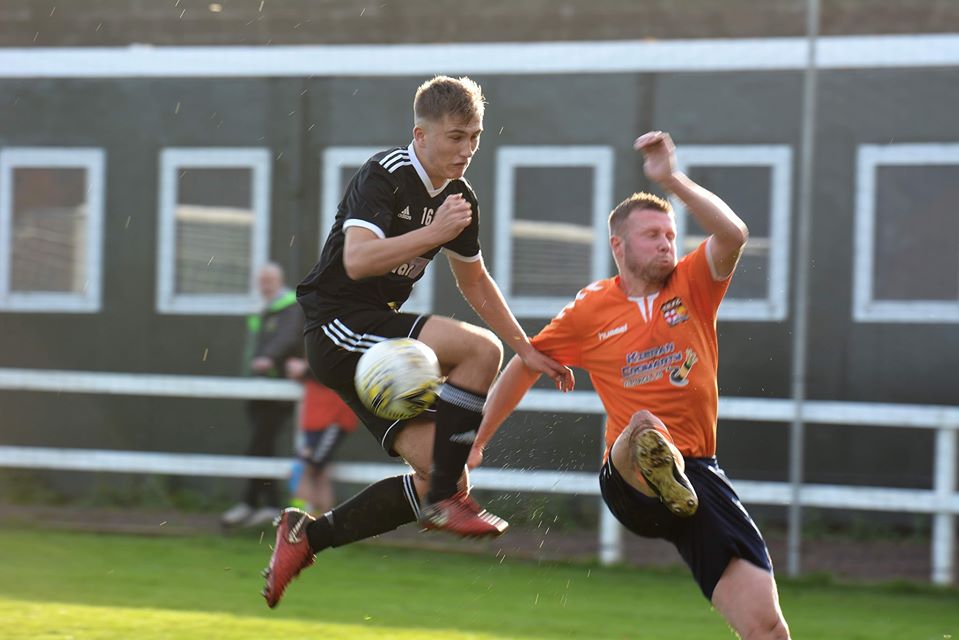 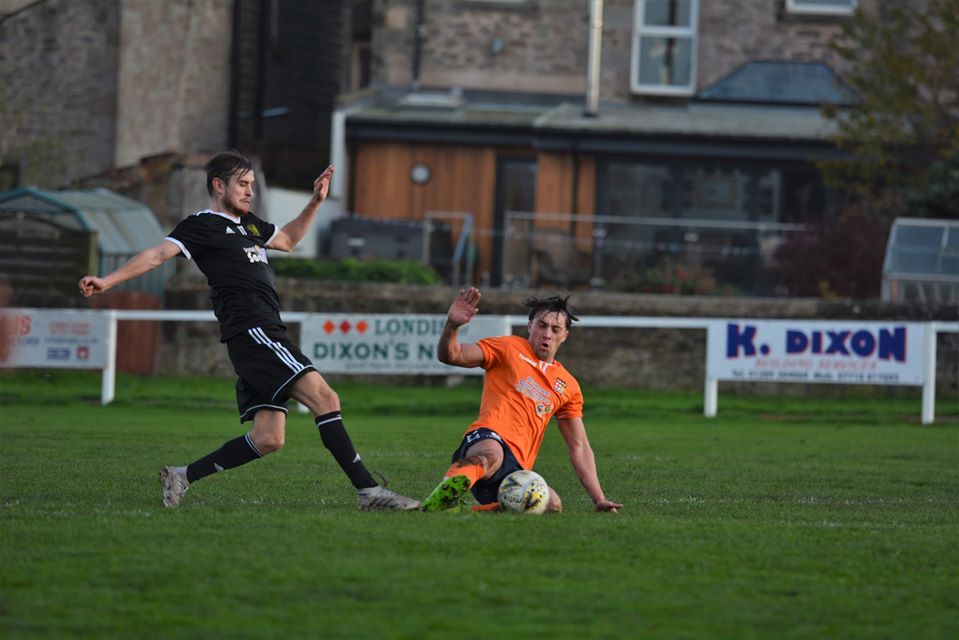