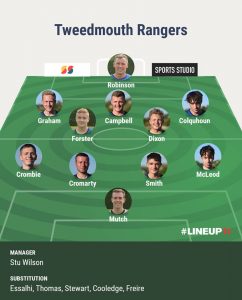 Tweedmouth left a scorching Warout Stadium with a well deserved point from a six goal thriller with East of Scotland newcomers Glenrothes. There were six quality goals but a slice of luck about the final one of a match in which Tweedmouth twice fell behind before going on to take the lead.

The visitors’ early forays fizzled out as Glenrothes got into their stride. Jordan Crombie broke up a two man move before keeper Adam Mutch made successive blocks, one inside, the other outside his area.

A long goal kick from Mutch sparked a Rangers’ attack which ended with Sean Campbell not far off target seconds after Regan Graham had a shot stopped on the line. But most of the action continued to be at the other end, Evan Smith almost single handedly defying the Glens with timely tackles and clearances. The home pressure eventually paid off on 21 minutes with Lee Schiavone’s well hit ball from the edge of the box.

Ten minutes later, Tweedmouth levelled. After taking a long ball from Rudy McLeod, Craig Colquhoun sent over the perfect cross for Graham to net at the far post meaning it was one-all at the break. They were given no time to settle as the second period kicked off, Glenrothes prising open their defence with a lightning raid which culminated in another Lee Schiavone effort a fraction over the bar. On the hour, a more measured build up proved more fruitful, John Martin and Callum Kinnes involved ahead of Stephen King’s convincing finish.

It took only six minutes for the Berwick boys to reply. Colquhoun’s high ball into the penalty area was played back to Michael Robinson who beat keeper Dion Gear with a precisely judged lob. Such judgement was also a feature of Tweedmouth’s third goal ( 73 mins. ). Colquhoun was again a participant after taking Graham’s pass and before the ball reached Yassine Essalhi on the left who curled it into the far corner of the net.

Parity was restored for a third time, Mutch beaten when Connor Schiavone’s kick took a deflection. In the nine minutes remaining, both teams chased a winner. Mutch made a excellent diving save from Connor Schiavone. Blair Duff’s return ball ran along the goal line before going out of play whilst Kyle Cooledge was wide and Campbell high with attempts to snatch an away win. 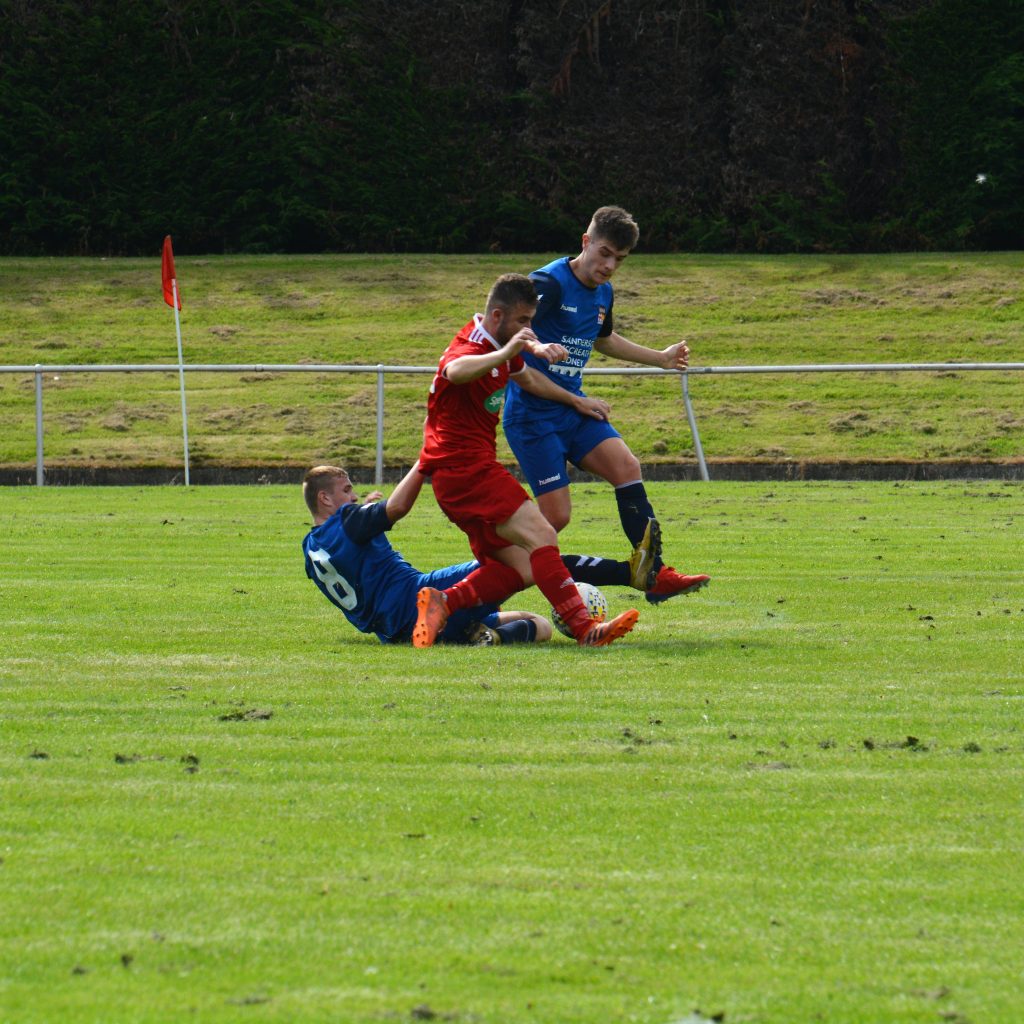 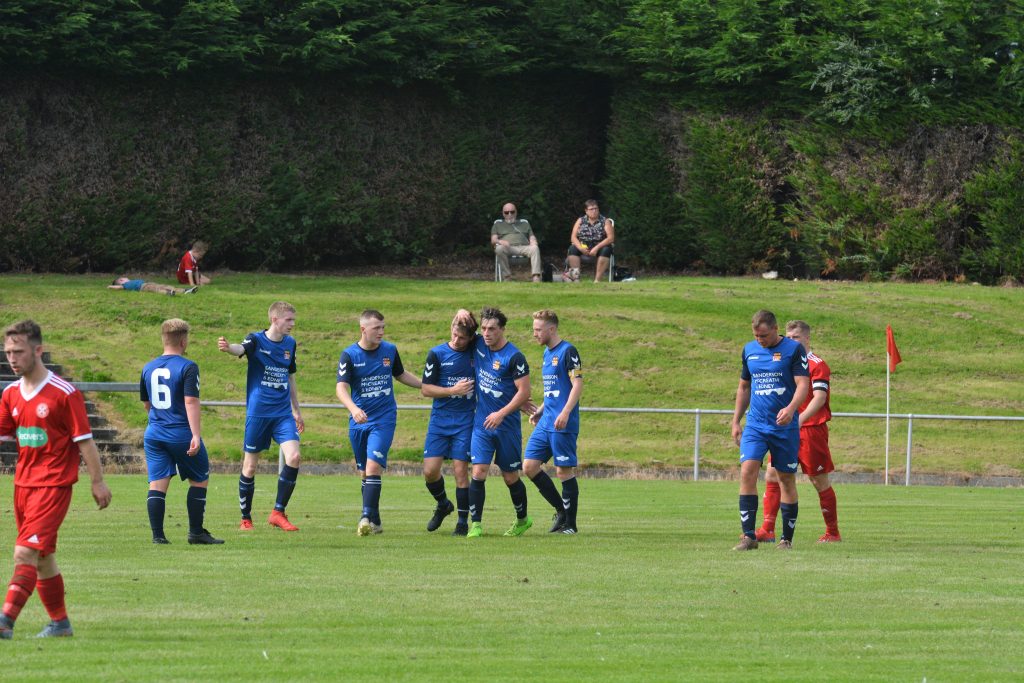 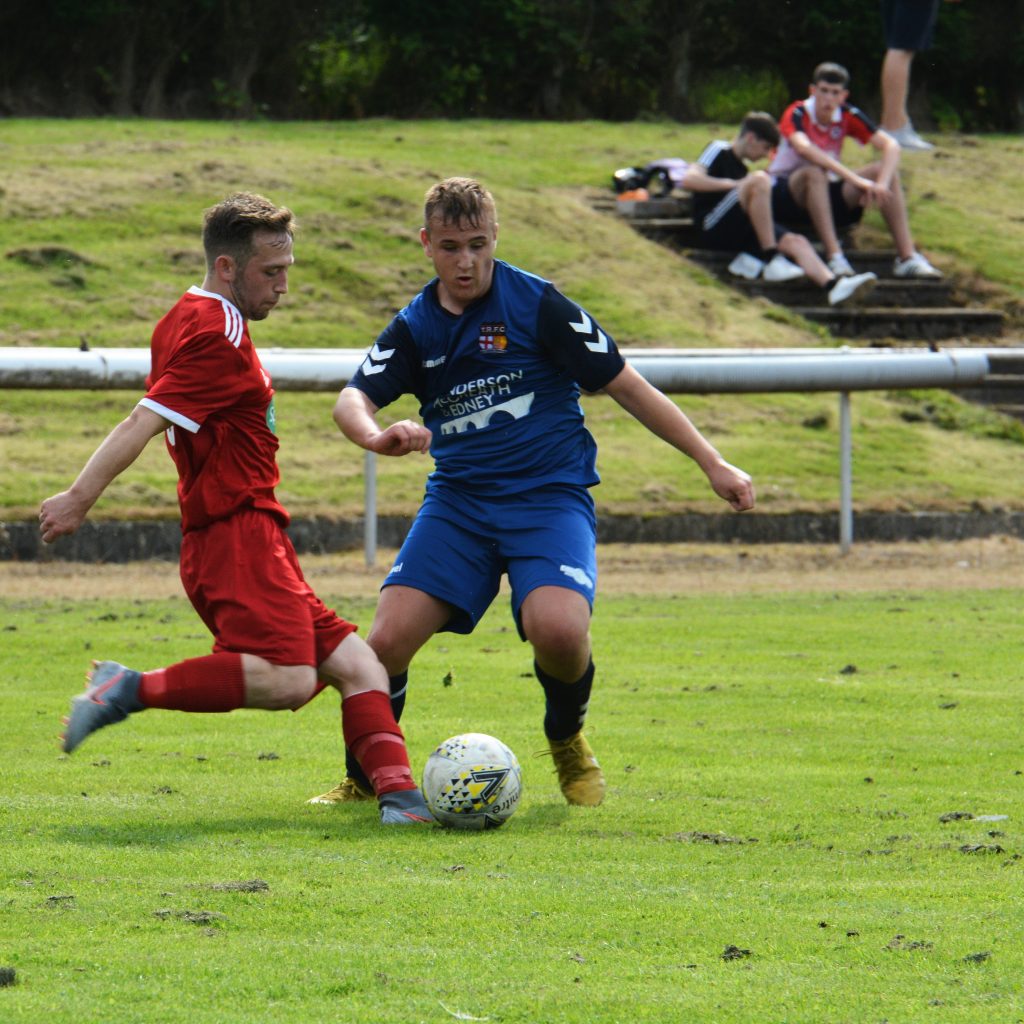 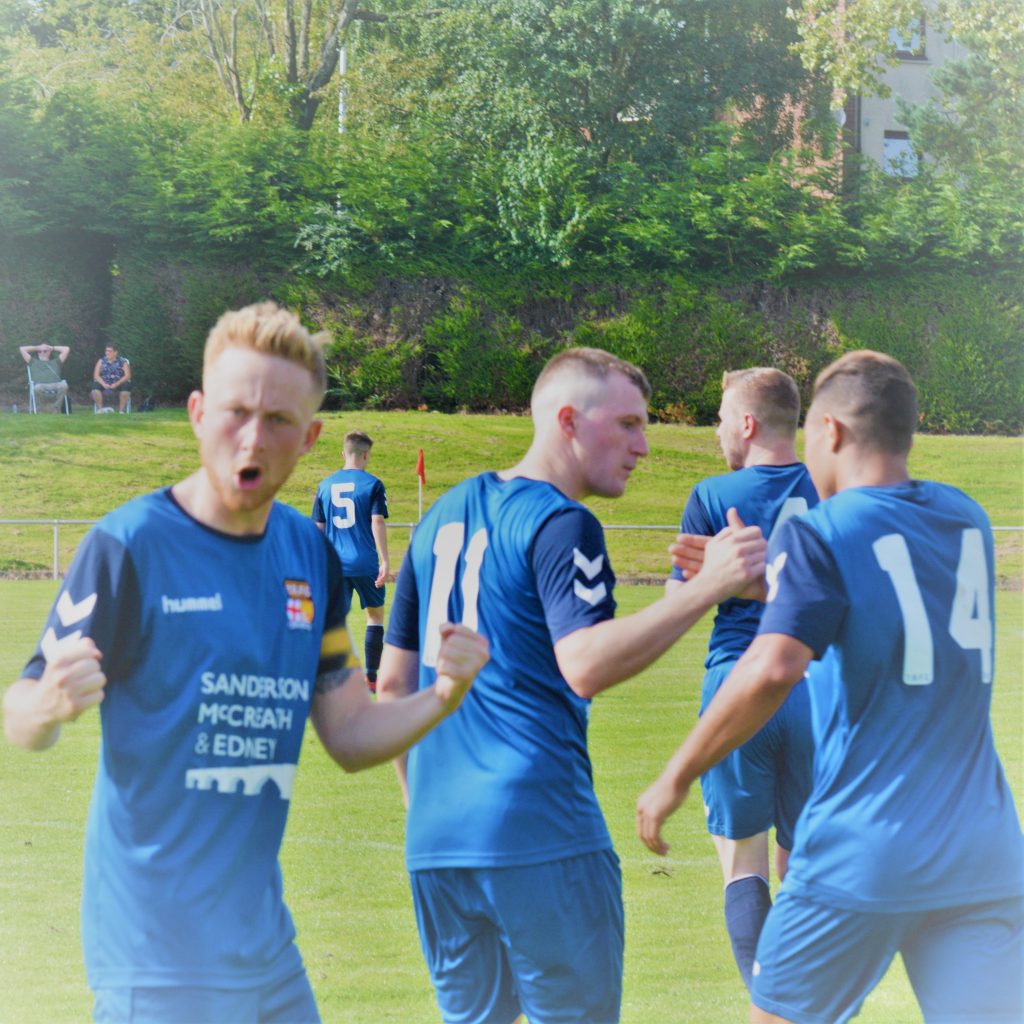 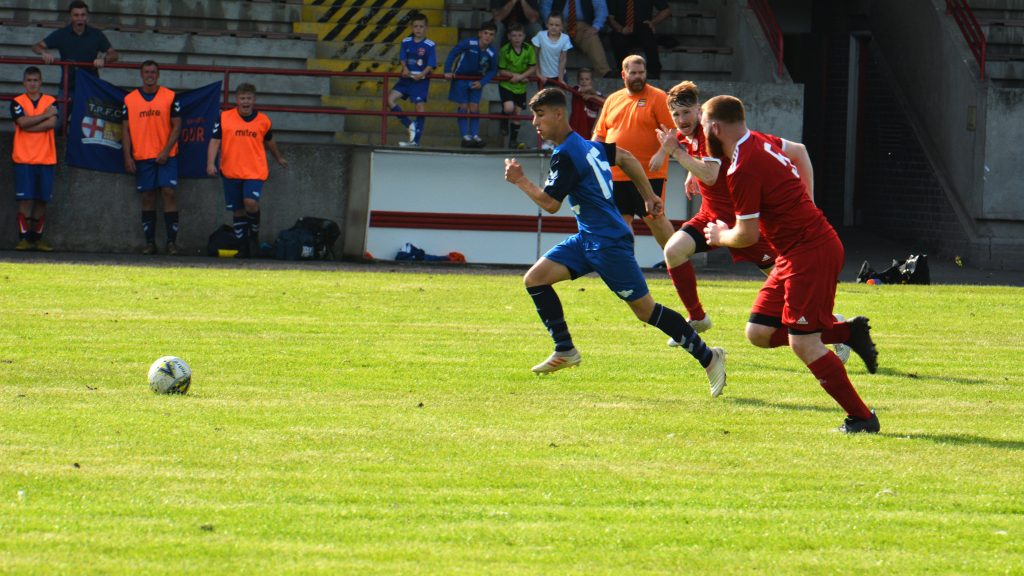 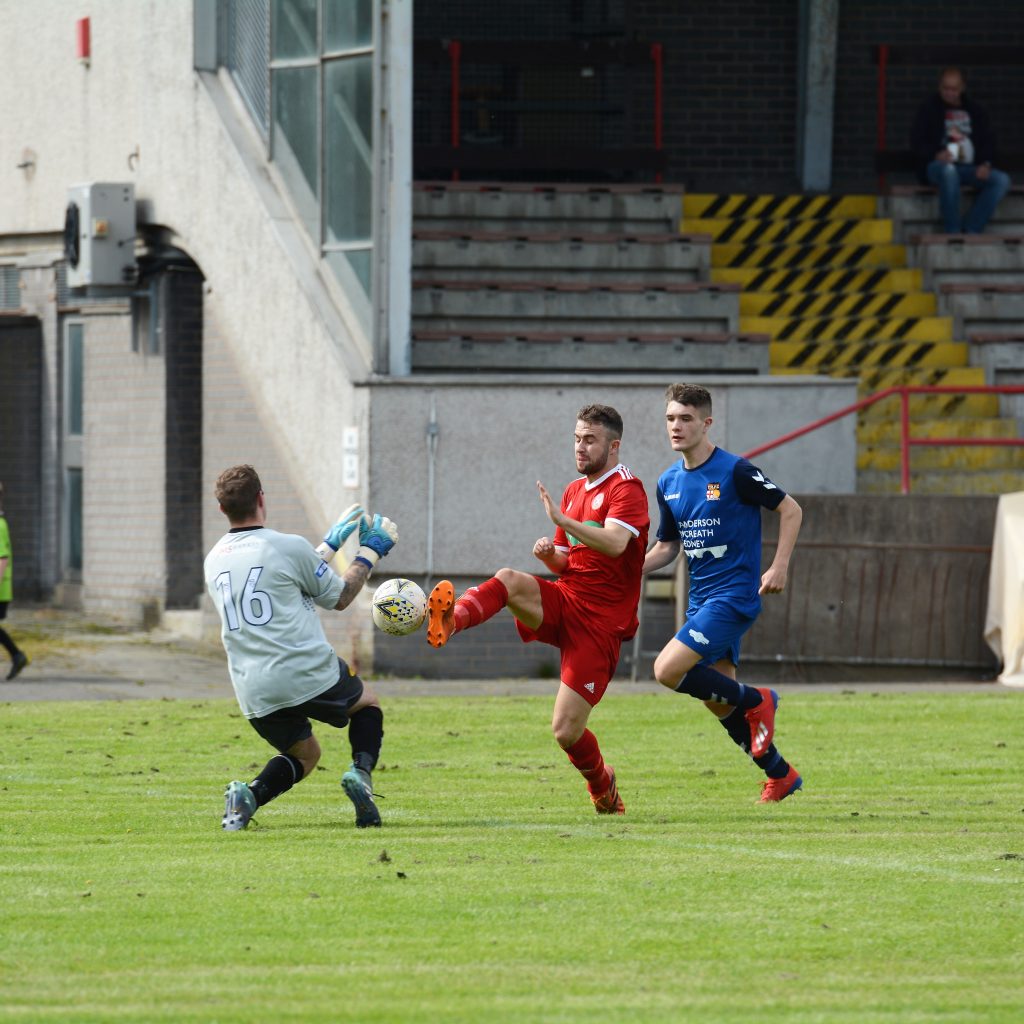 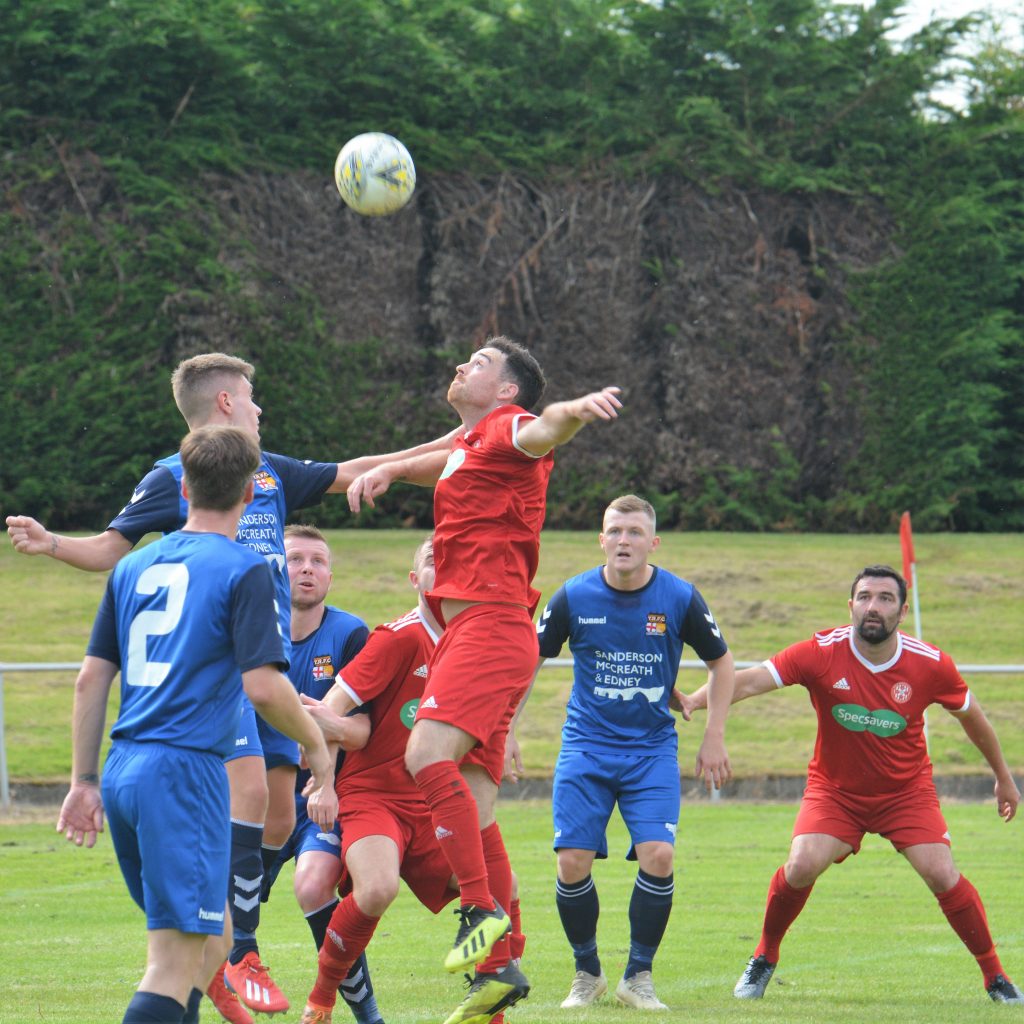 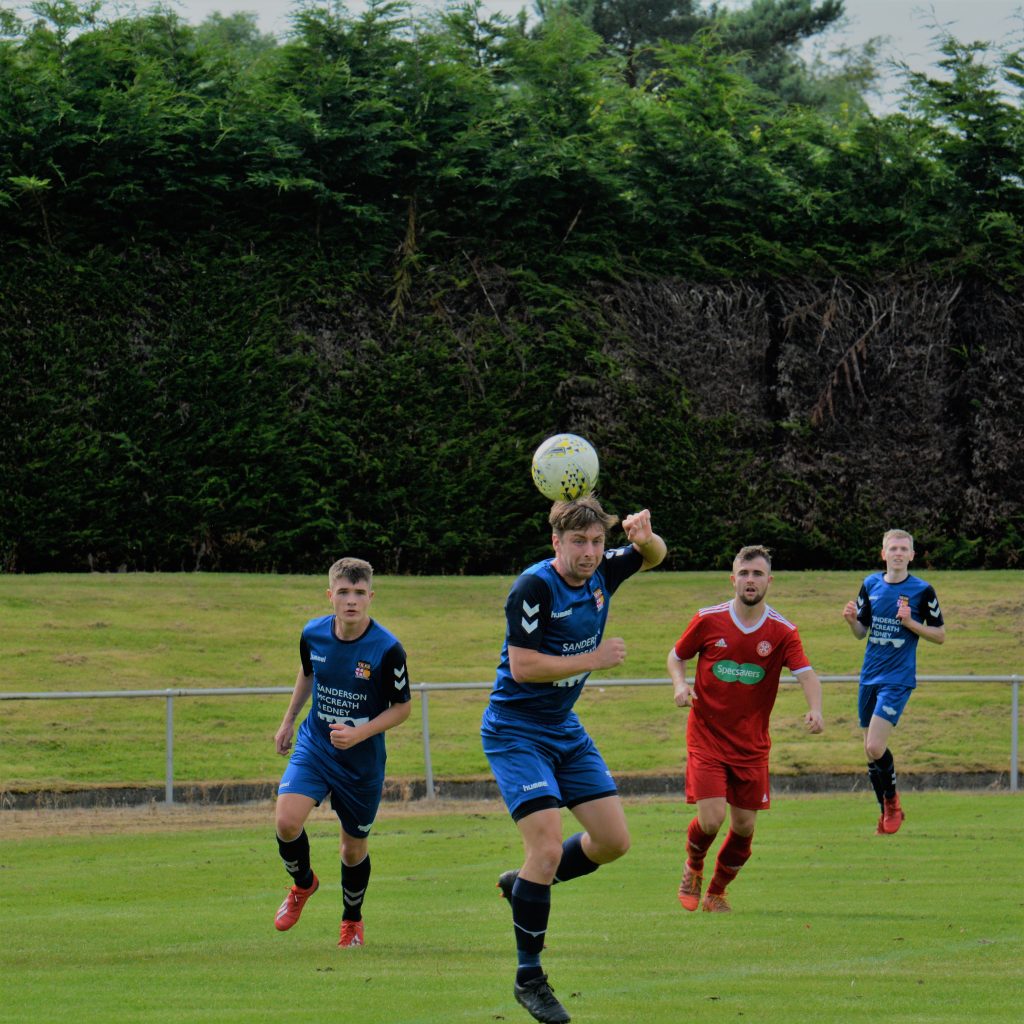 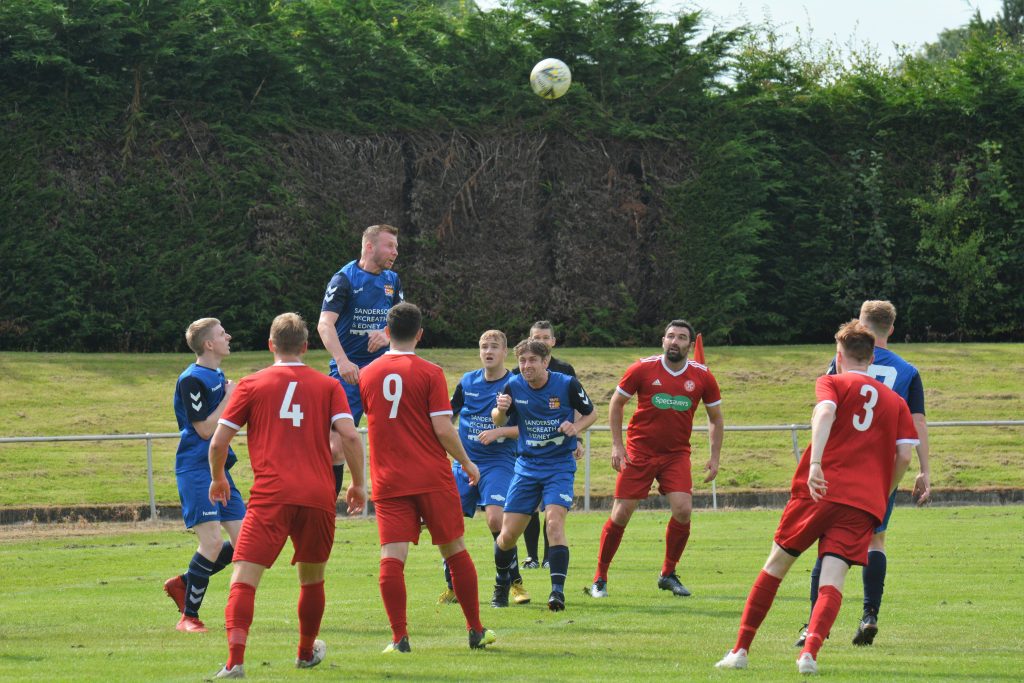