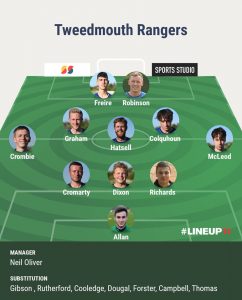 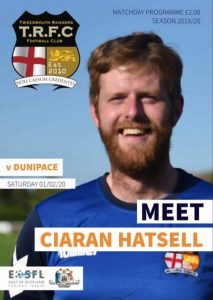 This was Tweedmouth’s first match on Old Shielfield for three months, opponents Dunipace so far the only former West region Junior club to join Scottish football’s pyramid set up. Having surrendered a two goal lead against a team currently lying third on the East of Scotland League 1st Division ‘A’ Conference ladder, Rangers were eventually scuppered by Aiden Stevenson’s late goal.

Playing down the slope and with the wind at their backs, the home side were seeking to build a sufficient lead to prevent the visitors taking equal or greater advantage of these plus factors after the turnaround. With over 40 minutes of the first half gone, they seemed on course to achieve this after taking the lead in the eleventh minute. Unexpectedly, the ball was still in play when David Kane defied Michael Robinson with a superb one handed save after Robinson belted the ball on the bounce with venom towards his goal, Miguel Freire moving quickly to capitalise on the second chance.

Dunipace defenders were made to work hard by Freire’s constant probing and ability to turn a man and Kane was again called upon to make a one handed save after the Portuguese player latched on to a stray pass in midfield. But the keeper would have to shoulder the blame for Tweedmouth’s second goal. Having left his area to clear the ball, he lost his footing, giving Regan Graham the opportunity to net with ease unchallenged.

A little earlier, only home keeper Stuart Allan’s legs had prevented a Dunipace goal following Lee Davidson’s corner but a minute after falling two behind, the team from Denny hit back. Jamie O’Grady was left free at the back post to head in Davidson’s long free kick from near the touchline.

As it was, conditions changed early in the second half, the wind replaced by driving rain. The visitors still went on to dominate though it took them until the 71st minute to equalise. Again O’Grady was left unmarked by a post to head in another free kick, this one pumped forward by Gary Wright.

The Berwick team paid the ultimate price for failing to properly protect their posts after Mark Byrne did the initial damage out wide on the right. His cross reached Stevenson who scored close to the far stanchion to leave Tweedmouth feeling as miserable as the weather. 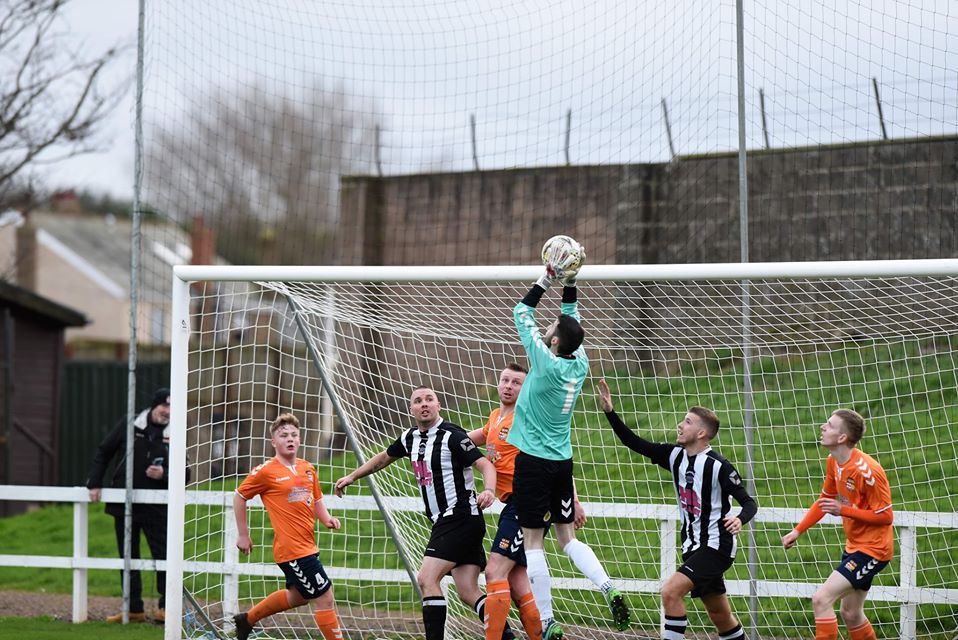 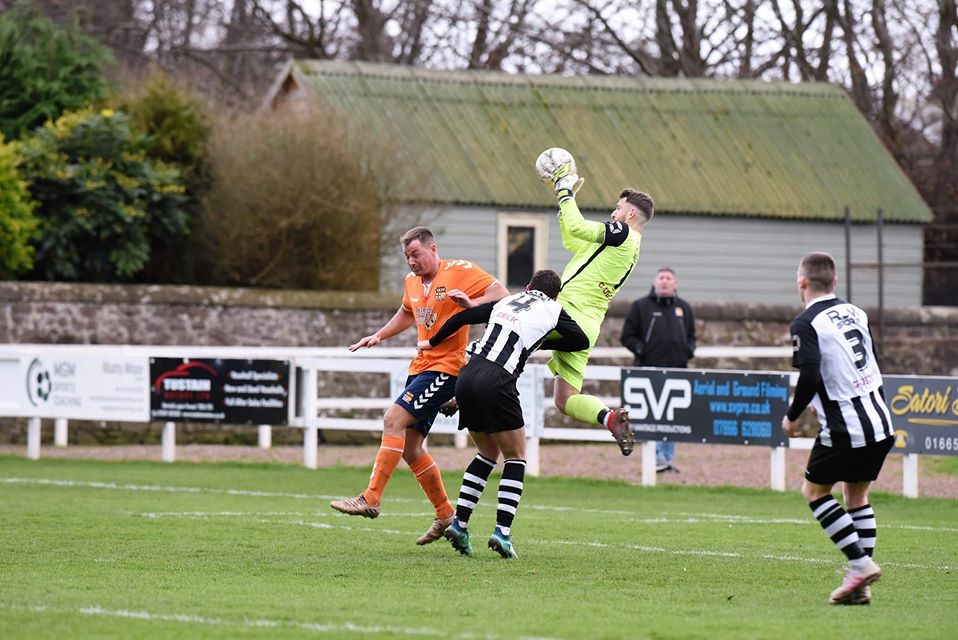 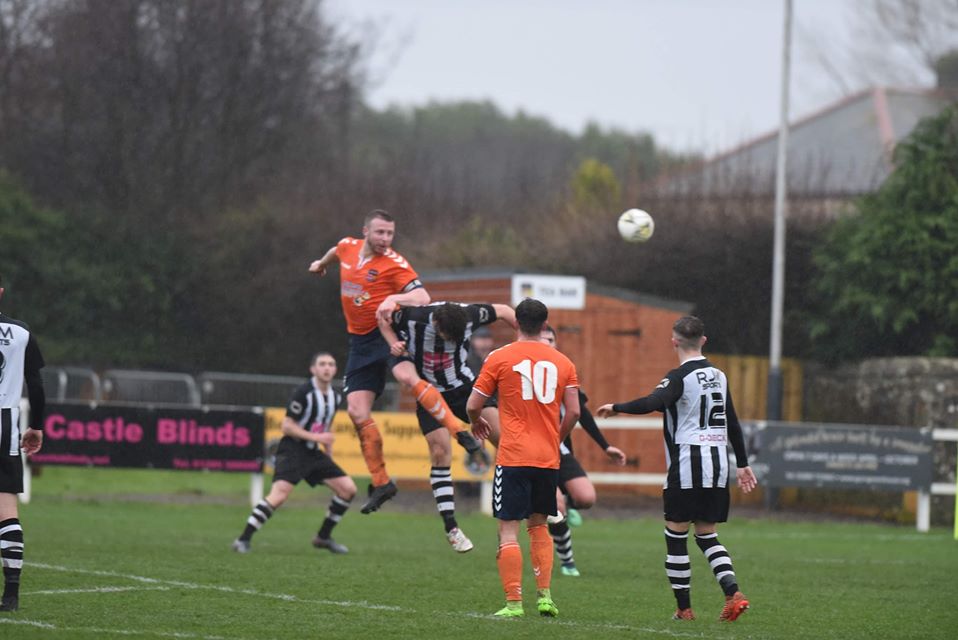 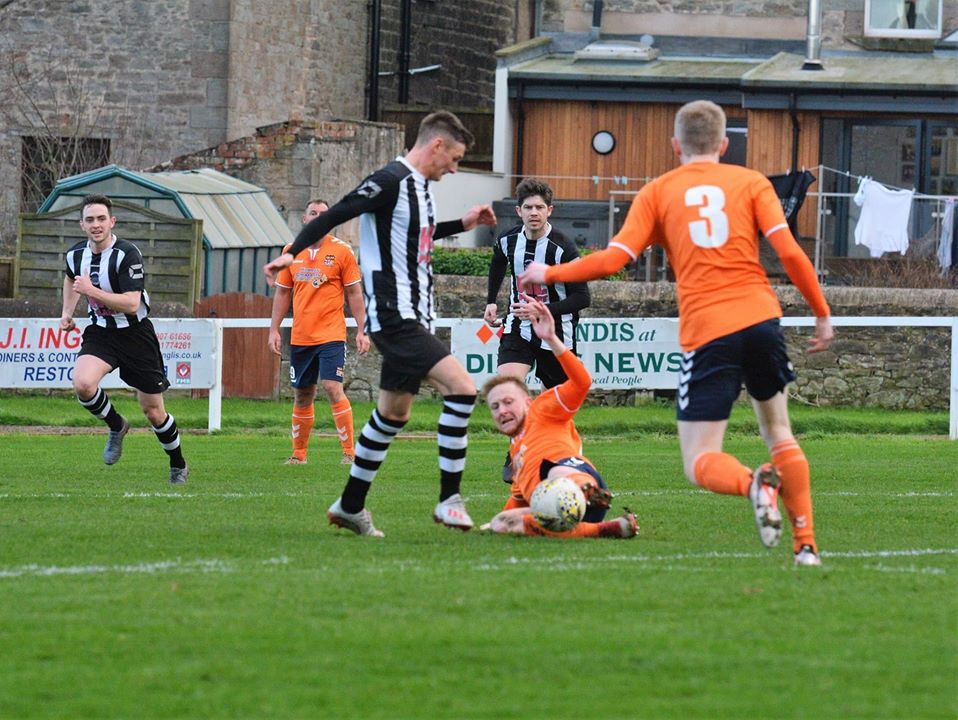 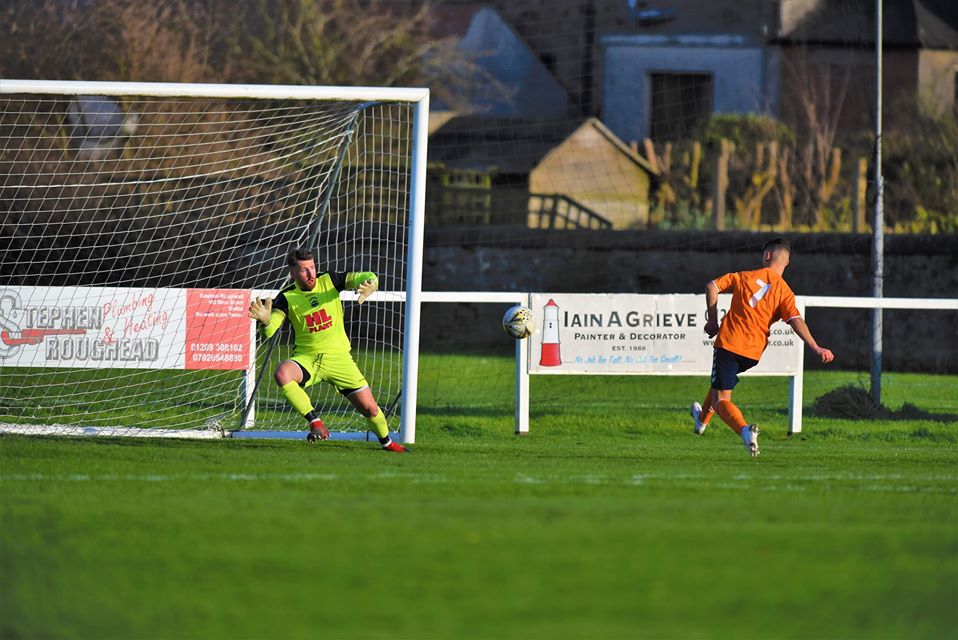 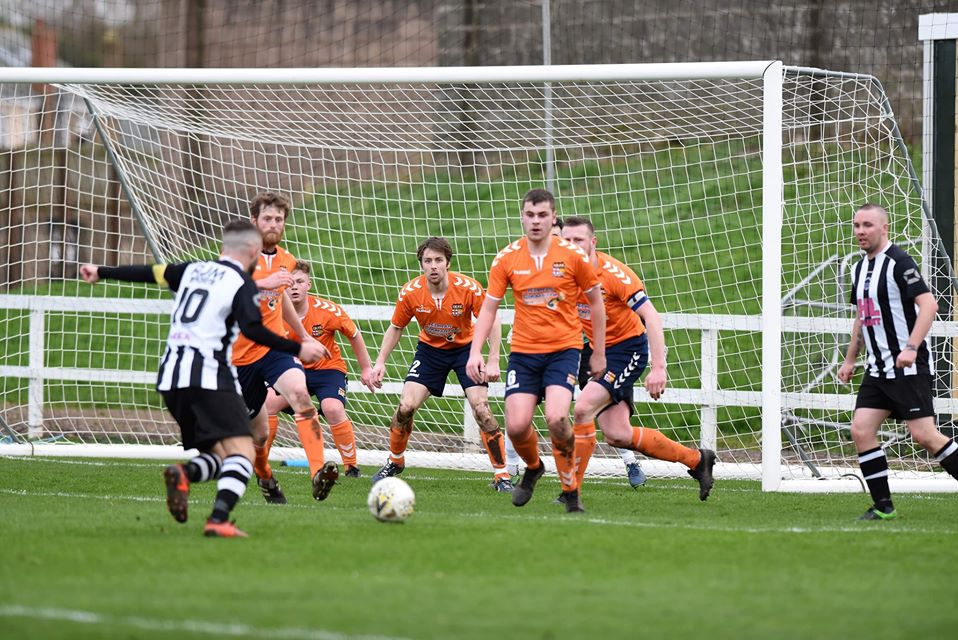 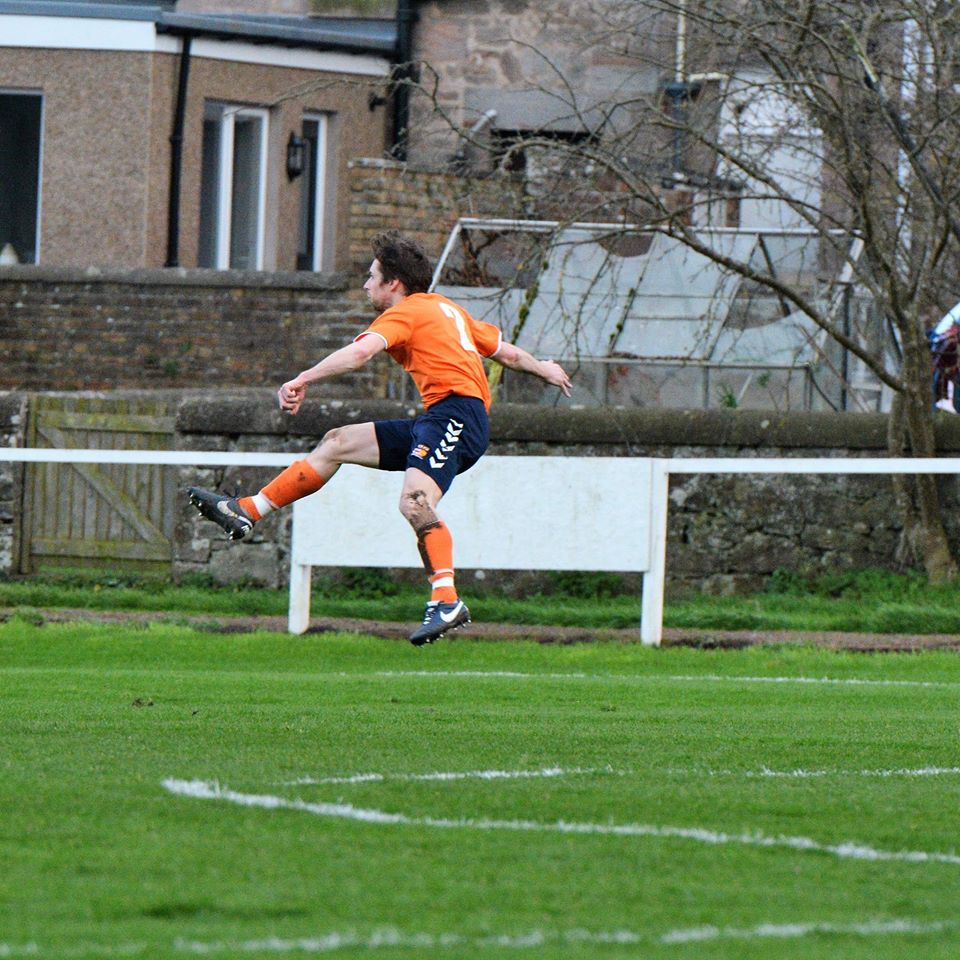