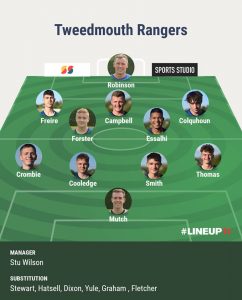 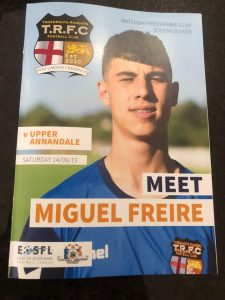 Having travelled north to England for this SFA South Challenge Cup tie, Upper Annandale returned home happy. In truth, they were helped by a very disappointing home performance. Ultimately, Tweedmouth paid the penalty for failing to capitalise on first half wind and slope advantage.

Rangers were in the ascendancy throughout the opening half hour but often balls slotted into the right channels travelled too far in the wind. They did have an early chance to score from a set piece. With a goal a real possibility, visiting keeper Damon Campbell was shown a yellow card for taking out Miguel Freire inches outside his area but Yassine Essalhi lifted the free kick too high.

The biggest threat from the Moffat men was Peter Pagan’s pinpoint free kicks to Mark Leighfield but it wasn’t until the 34th minute that the big striker headed one against the bar.

The second half opened with an exchange of corners before Tweedmouth launched a series of attacks none of which bore fruit.

Upper Annandale went in front in the 65th minute. Justin Borthwick got the better of two defenders, Leighfield tucking his low cross into the net. With Tweedmouth passing up chances through too much elaboration Leighfield , taking advantage of a gaping hole in the home midfield, might have made it two but for Adam Mutch’s good save.

Tweedmouth were given a lifeline with 12 minutes go through the award of a penalty when Liam Morrison felled Essalhi. Before Sean Campbell knocked in the kick, Morrison was shown a straight red for the manner of his protestations about the decision.

The visitors were soon ahead again. Borthwick was finally successful with a long throw in when the ball bounced off Jack Forster’s knee into the goal; tough luck on one of the few home players to shine. 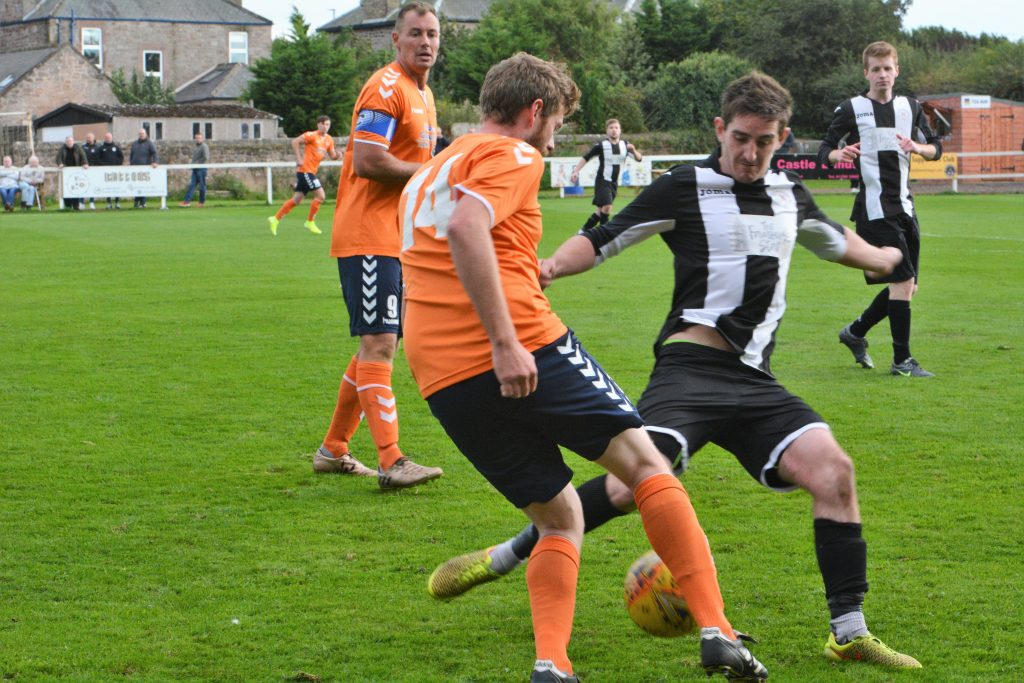 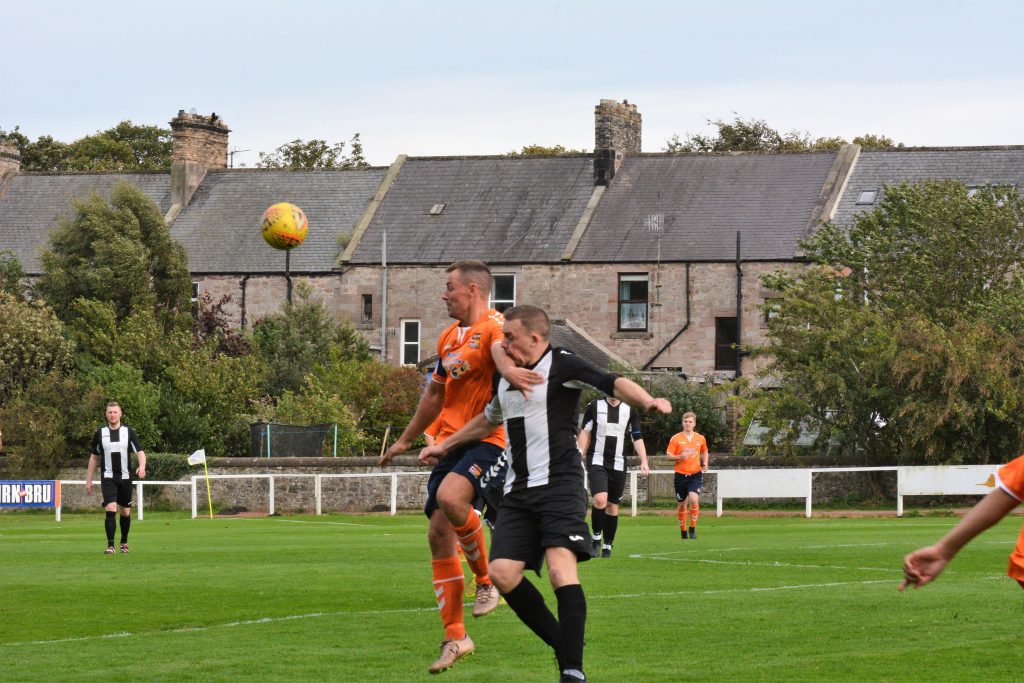 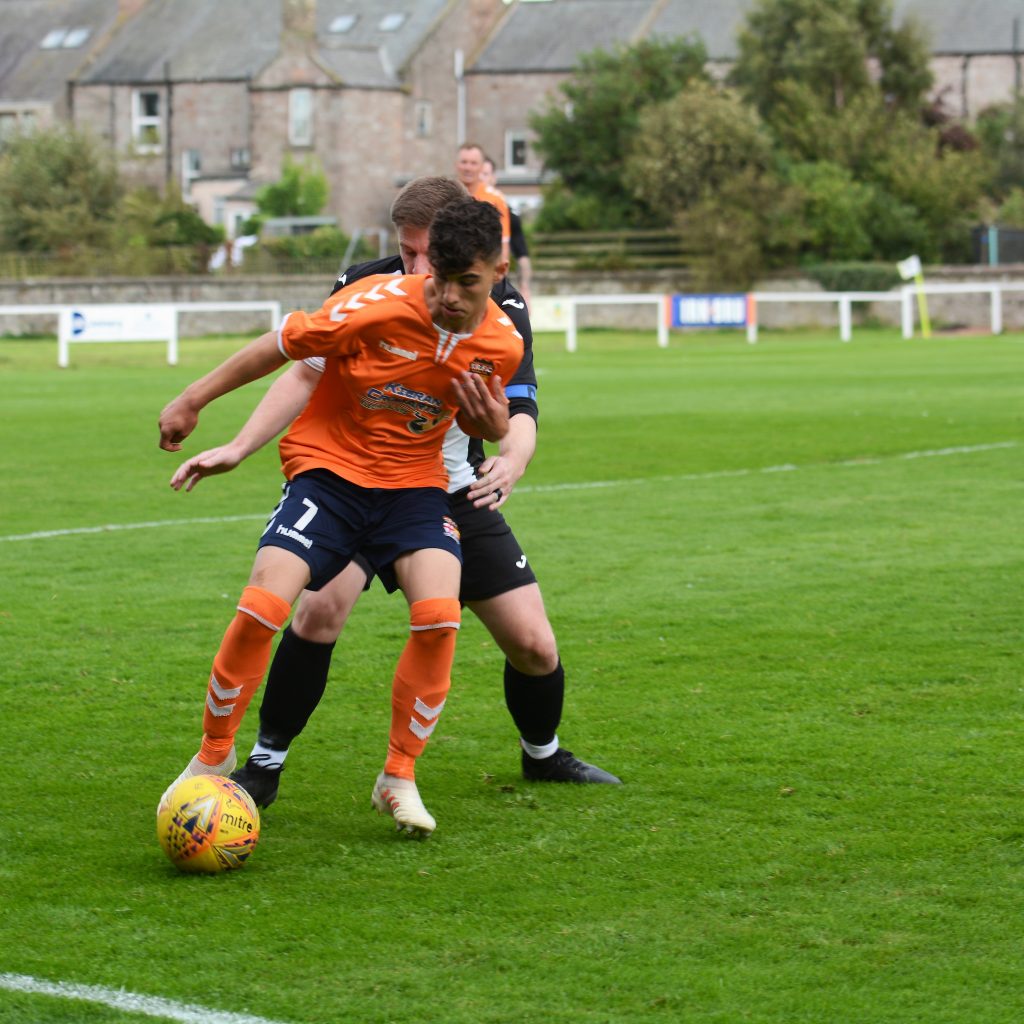 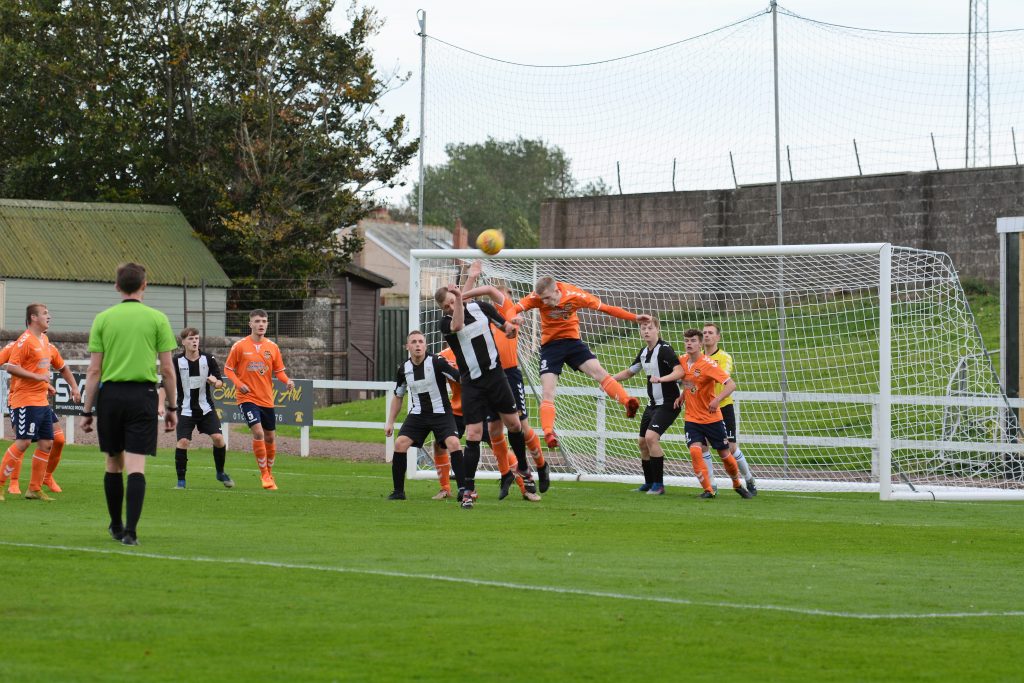 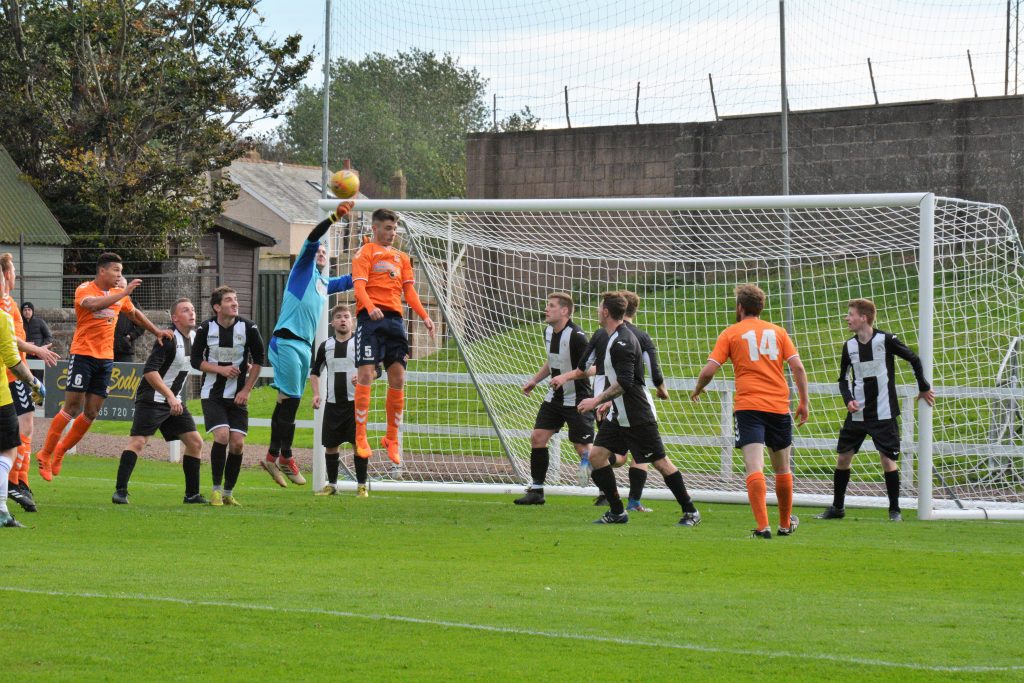 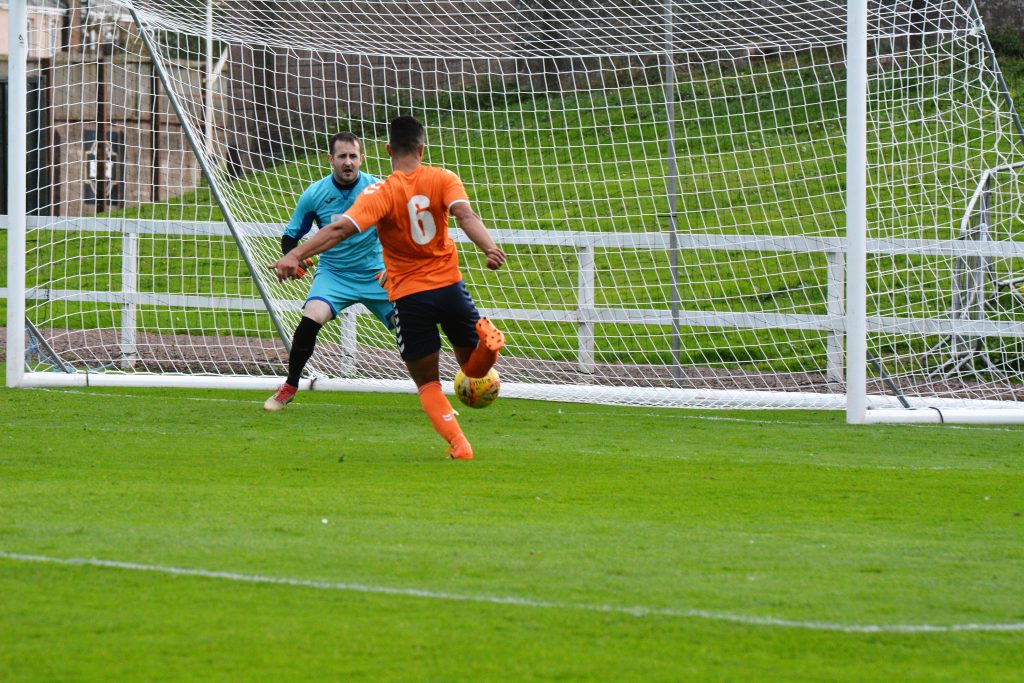 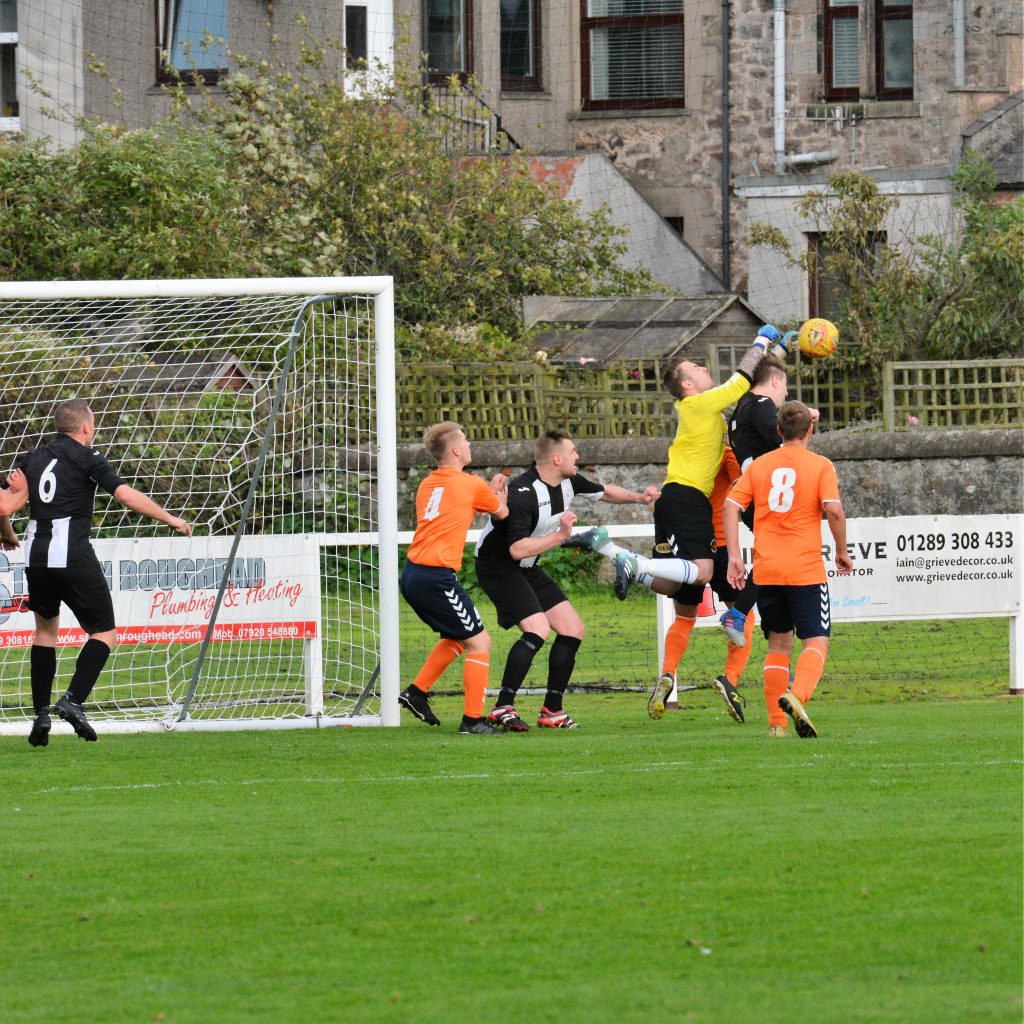