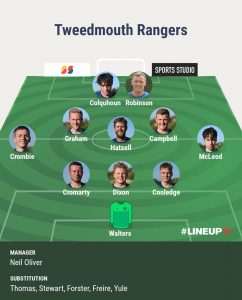 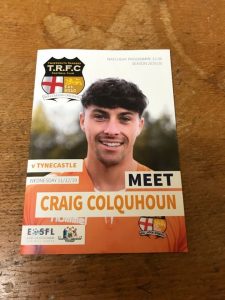 Helped by a magnificent performance from goalkeeper Mark Walters, on emergency loan from Berwick Rangers who kindly hosted this match, Tweedmouth made a real go of it against top of the table Tynecastle. A penalty deep into stoppage time put a decidedly flattering gloss on the final result.

The home side put down a marker with the game’s opening attack, Michael Robinson and Regan Graham combining before Graham fired across the front of goal.

Luck was with Tynecastle the way the first half’s only goal came about in the 14th minute. Rhys Dixon’s attempted header back to Walters was never going to reach the keeper allowing Jordan Hopkinson to nip in and lob the ball into the net.

Apart from that, Tweedmouth’s defensive plan was working with four offside calls against the Edinburgh men inside 25 minutes. The visitors first corner came after 29 quickly followed by two others, all taken short before Walters’ star turn began. First stopping Hopkinson’s angled shot, he then punched away a longer ball. Spectacularly saving a free kick, he again used his fists to good effect until the pressure eased temporarily when Euan Greig shot past the post.

For once, the visitors truly prised open the home defence until stalled by Kieran Cromarty’s intervention. Walters then tipped another shot on to the bar and saved a further low, angled shot, this one from Taylor Hendry.

With the ‘Tynie’ defence in a muddle, from 25 yards, Ciaran Hatsell attempted the hosts’ first pop at goal of the new half. It was then the home backs who were caught out, Jordan Smith finishing off with a 52nd minute header to make it 2-0 though there was a suspicion of offside.

Rangers hit back four minutes later. Dixon’s fight for the ball paid dividends leading to a great strike from Robinson into the top corner of the net which keeper Ian Moffat, even at full stretch, couldn’t reach.

Tweedmouth made light of playing almost half an hour a man short following Rudy McLeod being shown a straight red on the intervention of lineswoman Niamh Westwood. Immediately afterwards, Craig Colquhoun created another chance for Robinson but he could only spin the ball wide. He had a better opportunity after racing on to a long pass from Cromarty but Moffat was able to smack away the ball for a corner.

Meanwhile, Walters had made two more good saves, including one when Chris Milligan looked certain to score, whilst Jordan Crombie’s tackle disrupted the threat posed by Matthew Combe.

Smith added a second goal to his already impressive tally for the season, duly converting from the spot when Cromarty caught Calum Elliot from behind just inside the area. In the overall context of the game, it was a harsh decision. 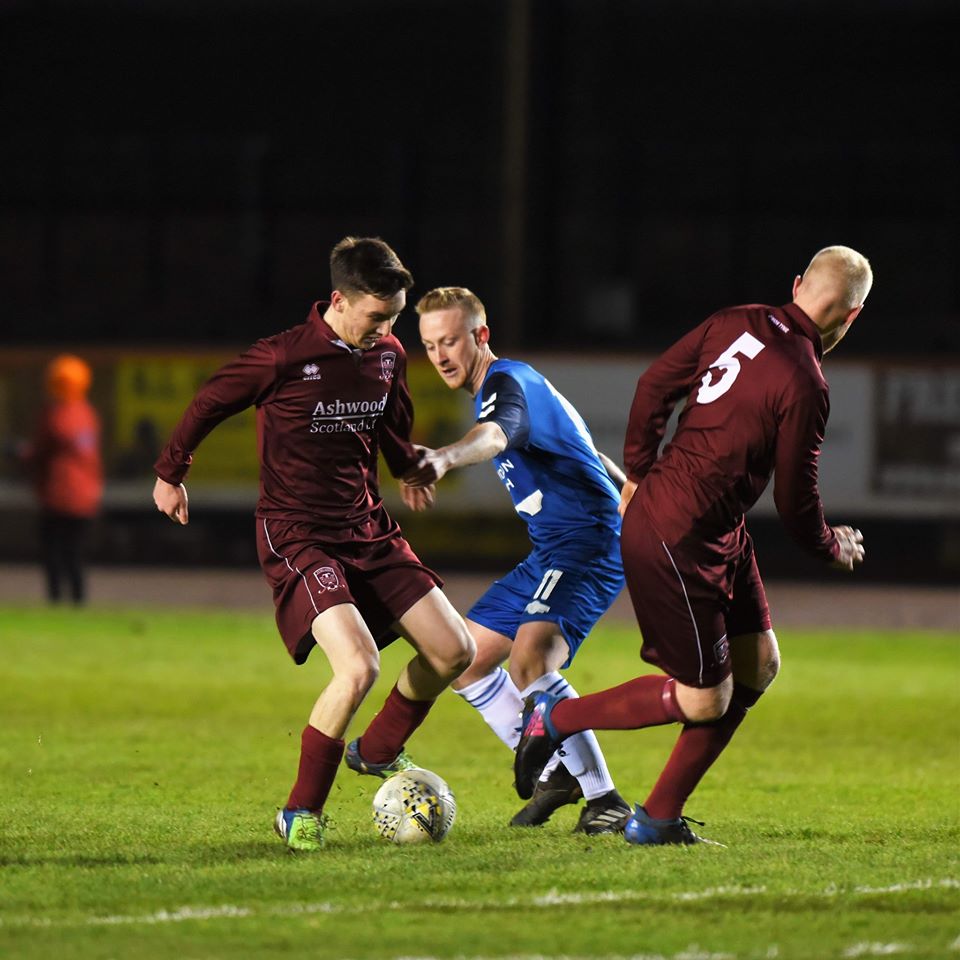 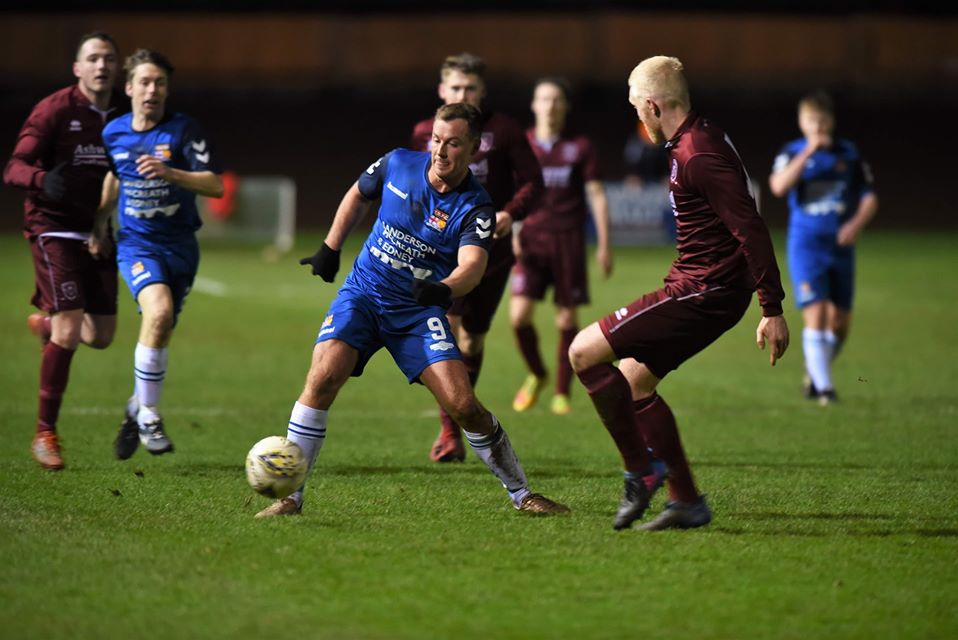 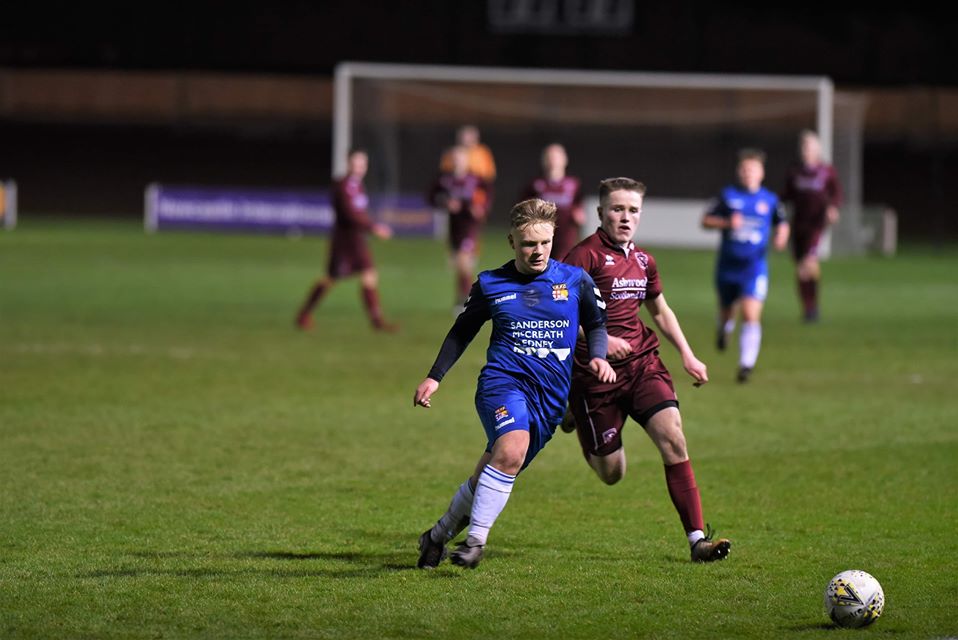 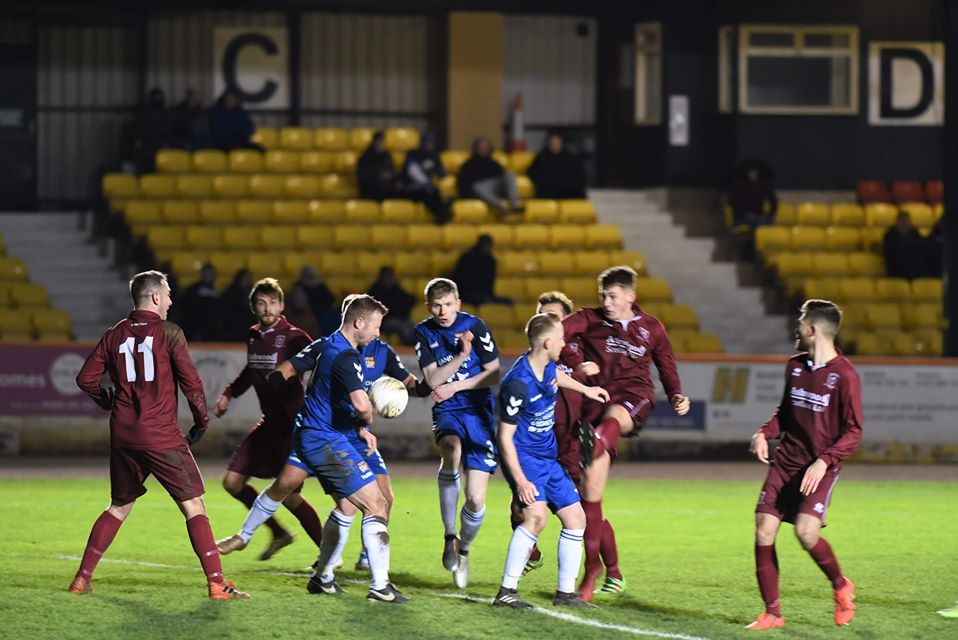 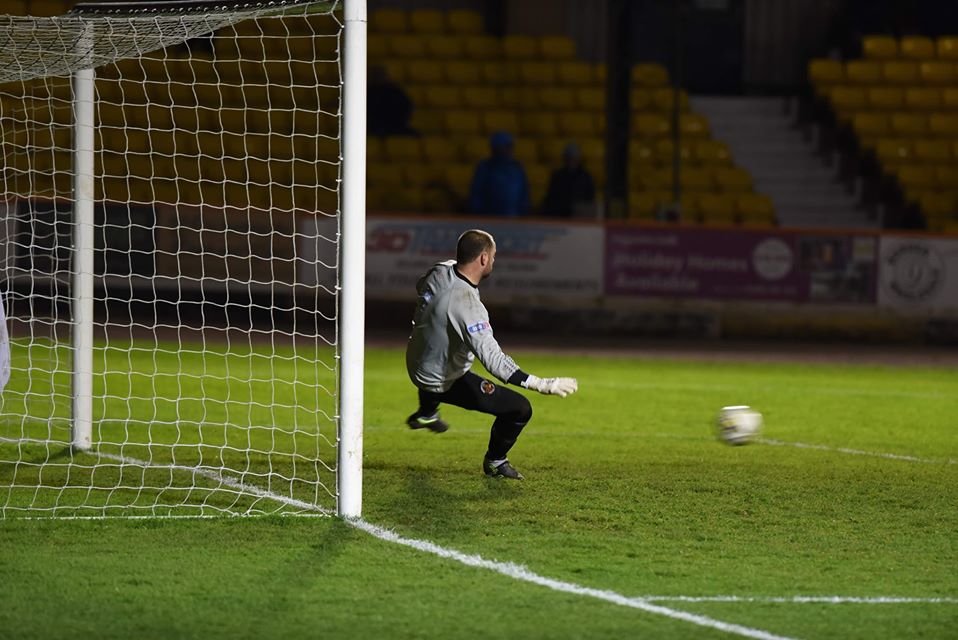 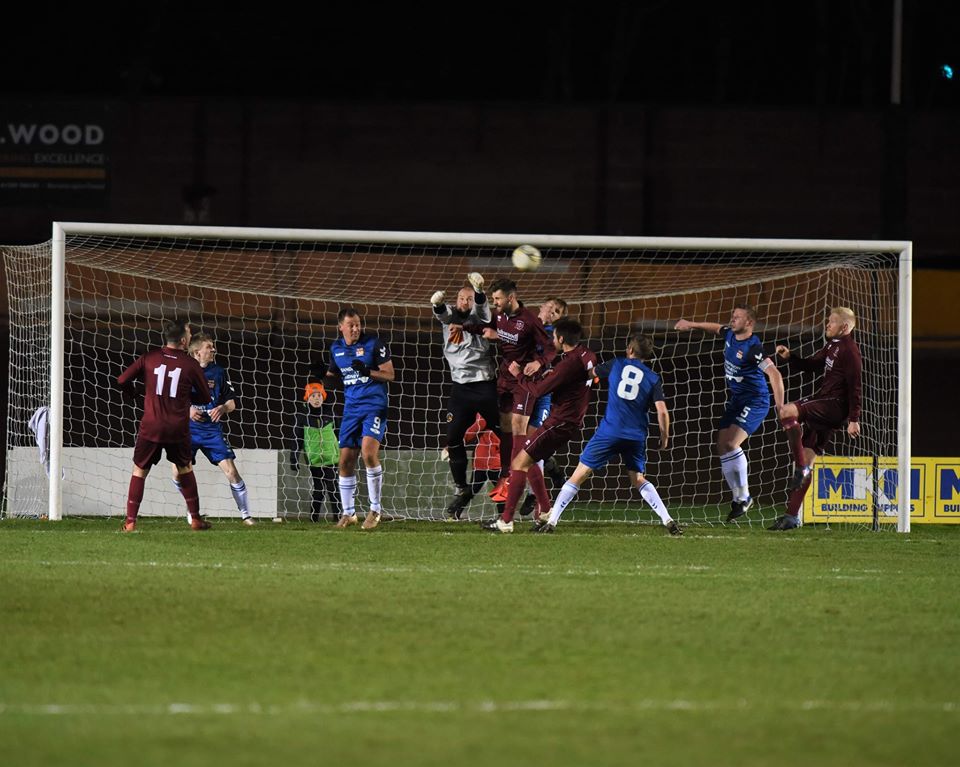 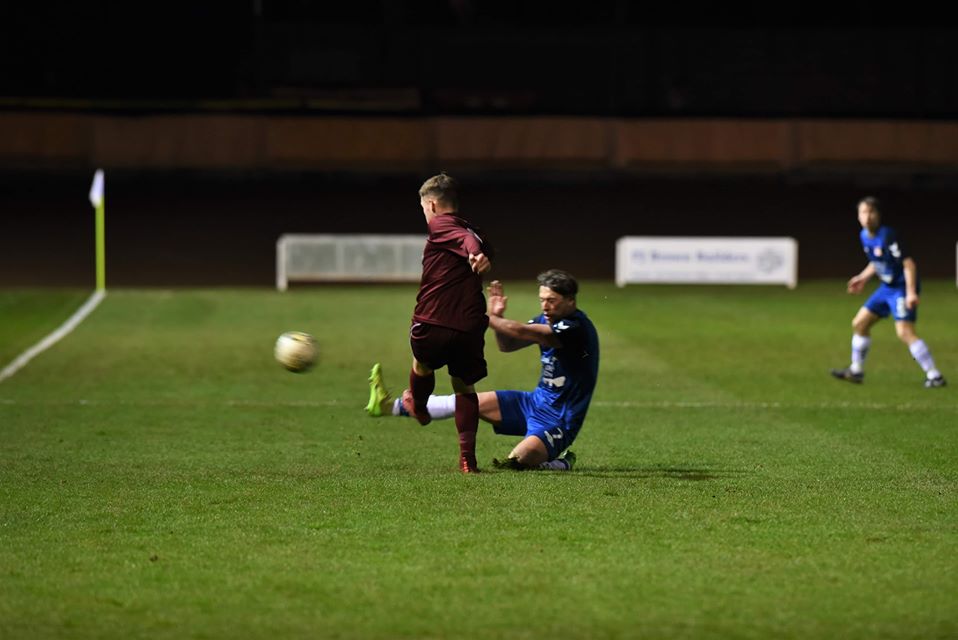 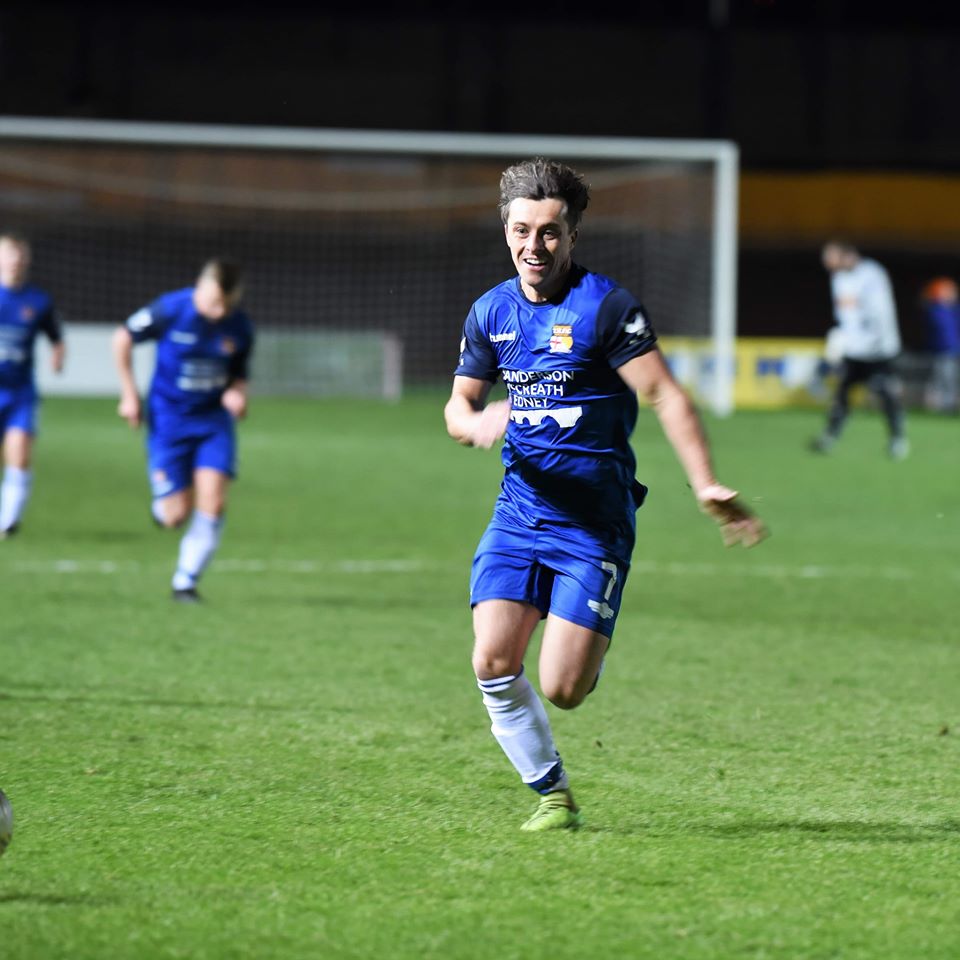 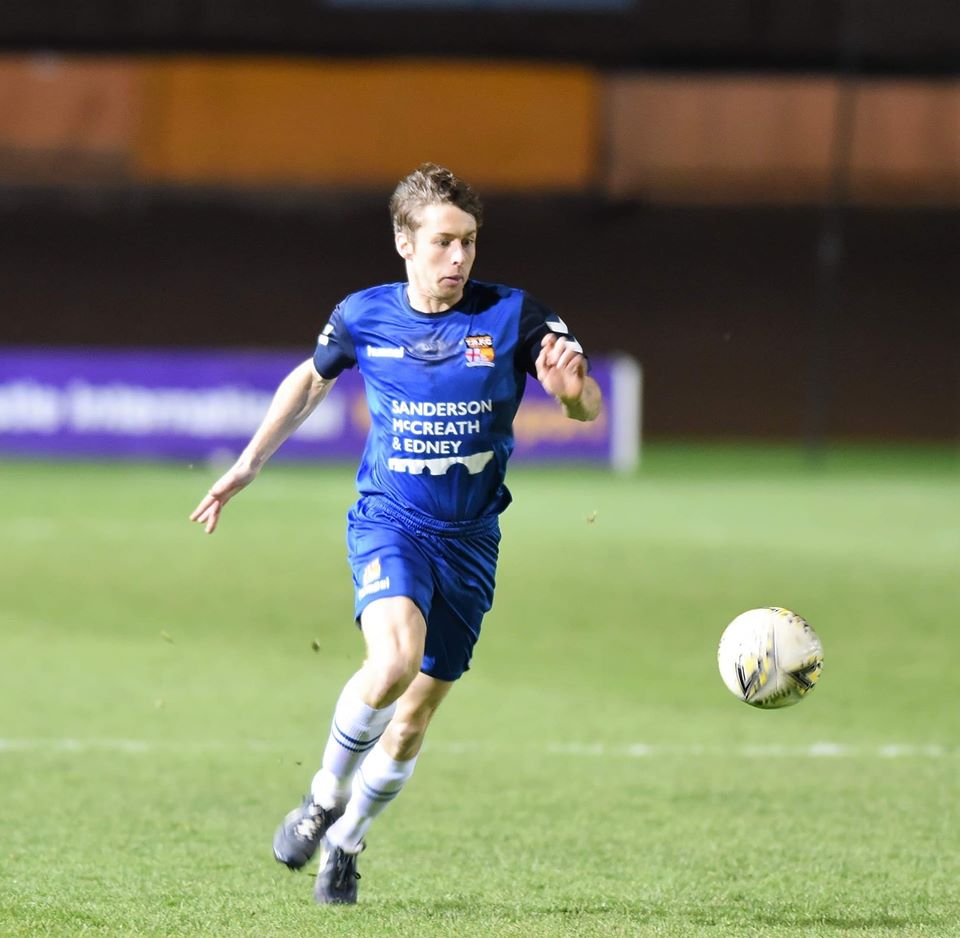