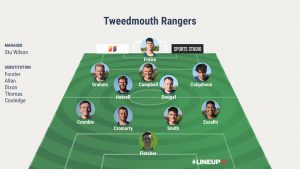 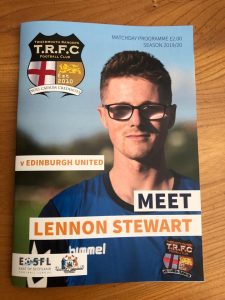 A memorable match but one that in some ways Tweedmouth may wish to forget for, after twice coming back from two goals down, they were literally pipped at the post. With normal time about up, Rangers thought they had salvaged a draw when Kieran Cromarty headed home Regan Graham’s corner only for Danny McKinlay, positioned near an upright, to fire in a last seconds’ winner for the visitors.

The Berwick team scored first with just three minutes played, Miguel Freire getting a touch to a Graham free kick. Six minutes later, the game’s first corner proved productive for Edinburgh as it led to a Stephen Scott equaliser.

On the 15 minute mark, United went in front. Despite Yassine Essalhi’s desperate attempt at a last ditch tackle, Steph Murray still managed to send his grass cutter into the box. The ball hit the far post before McKinlay prodded it over the line.

When Graham opened up the visitors’ defence, Sean Campbell was unlucky to see his effort go wide whilst Sonny Swanson suffered similar disappointment at the top end of the ground.

Edinburgh made it 3-1 with the home defence yet to organise as a free kick was quickly taken. For the third time, the top left corner of the field proved to be the main danger zone for the home side as, untroubled, Murray delivered to Scott for an easy finish.

Tweedmouth responded immediately with a four man move which ended with Graham’s shot just off target but on the stroke of half time, Evan Smith and Ciaran Hatsell paved the way for Campbell to hit the net with relish.

On the restart, scrambling defence prevented another goal for the city team before Tweedmouth, even though playing up the slope, took over for the next 25 minutes during which Graham set up Campbell for his second goal to make it three apiece. They looked to be out of it again when United took the lead for a second time and added a further goal from the spot five minutes later. Murray streaked down the left wing and crossed. Scott’s 73rd minute glancing header marked his treble. Essalhi’s rash tackle on the former Berwick Rangers Under 20s player allowed Murray to extend the lead with a penalty.

Craig Colquhoun played a key role in the two goals which brought Tweedmouth level again. First, Graham got on the end of his high cross and it was Colquhoun’s forceful run which won the corner that produced an improbable 5-5 scoreline until McKinlay had the last say by hammering home the final cross of the afternoon. 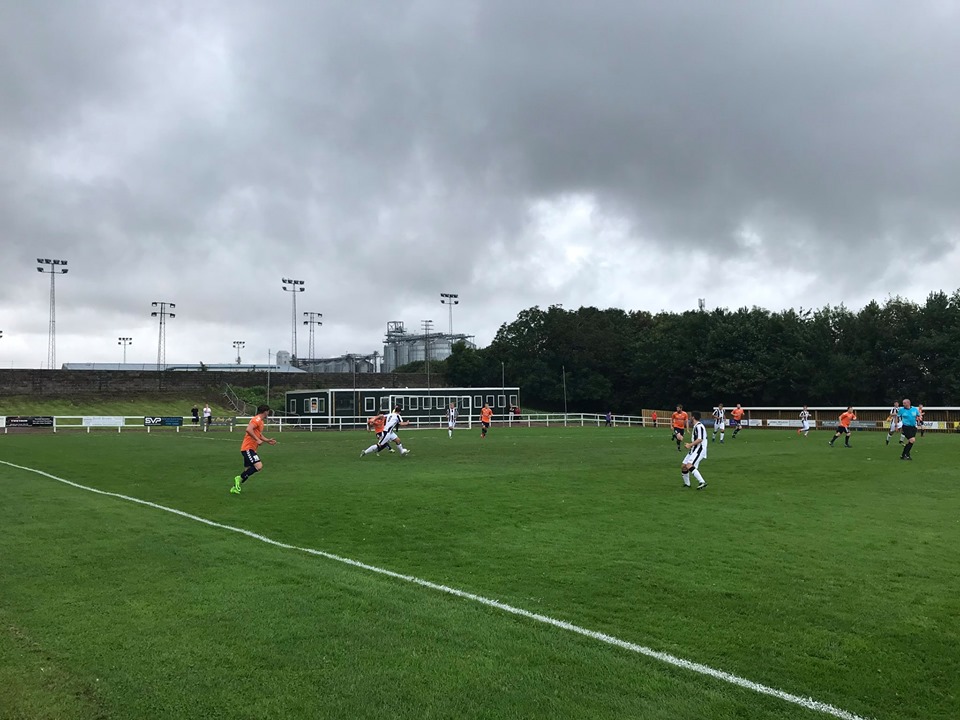